MENU MOBILE
HOME > NEWS > HEADQUARTERS AGREEMENT BETWEEN SANT'EGIDIO AND THE REPUBLIC OF TOGO, FOR THE RECOGNITION OF THE COMMUNITY’S ACTIVITIES IN THE COUNTRY
PreviousNext

Headquarters Agreement between Sant'Egidio and the Republic of Togo, for the recognition of the Community’s activities in the country

Headquarters Agreement between Sant'Egidio and the Republic of Togo, for the recognition of the Community’s activities in the country  On Monday 18 January, a Headquarters Agreement between the Community of Sant'Egidio and the Republic of Togo was signed in Lome. In the presence of the Foreign Minister of Togo, Robert Dussey, in the ceremony that followed the signing of the agreement text, they mentioned the most important traits that bind the Community to this West African country.

A friendship that dates back to the early 2000s and that today sees Sant'Egidio not only in Lome, but in many other cities in Togo. Its value is expressed in the bond that it has had with the poor, from the street children of the capital and of Kara, the most important centre of the North, to the numerous Schools of Peace. Also discussed was the state of isolation experienced by many old people, once revered in African societies, and now increasingly sidelined and victims of prejudice.

Both parties stressed the importance of the commitment to peace carried out by the Community in Africa - which involved directly in the past also Togo - and in particular the need to defend it in West Africa, after the terrorist attacks a few days ago in Ouagadougou, Burkina Faso.

Cohabitation and dialogue, rooted as values throughout the region, should be supported - it was said - with initiatives involving different religions, cultures and institutions present. Finally some campaigns were also remembered that see the Community in the foreground as the one for the abolition of the death penalty: the announcement of the abolition of the death penalty in Togo was made by the then Justice Minister of this country, in May 2009, precisely during a conference of African Justice Ministers, organised by Sant'Egidio. 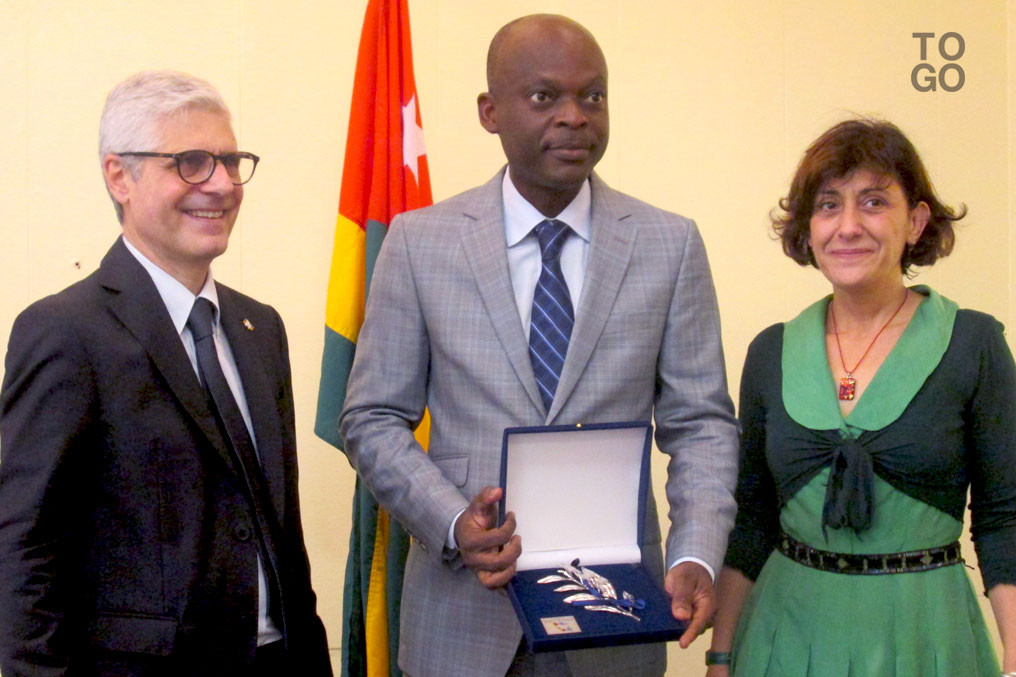