Refugees in Germany, Sant'Egidio inaugurates a German language school in a reception centre in Munich

The commitment to the reception and integration continues. A School of Peace for Children was also opened

On 13 February, the Community of Sant'Egidio opened in Munich in Bavaria one of the largest facilities for the reception of refugees, a German language and culture school, on the model of others already open for many years in various European cities . Many of the refugee families that have arrived over the last year have not received an offer from the state authorities to study German. They live in a huge structure consisting of many buildings surrounded by a fence, completely isolated from the locals.

And so the Community of Sant'Egidio has started a free German course in the reception centre. The school has become a meeting place, not only with a new culture, but also with new friends in Germany. Some Syrian refugees would like to undertake high-  school and university studies, others want to quickly find a job. They come from Afghanistan, Eritrea, Nigeria, Syria, but also from Sierra Leone, Pakistan and other countries. 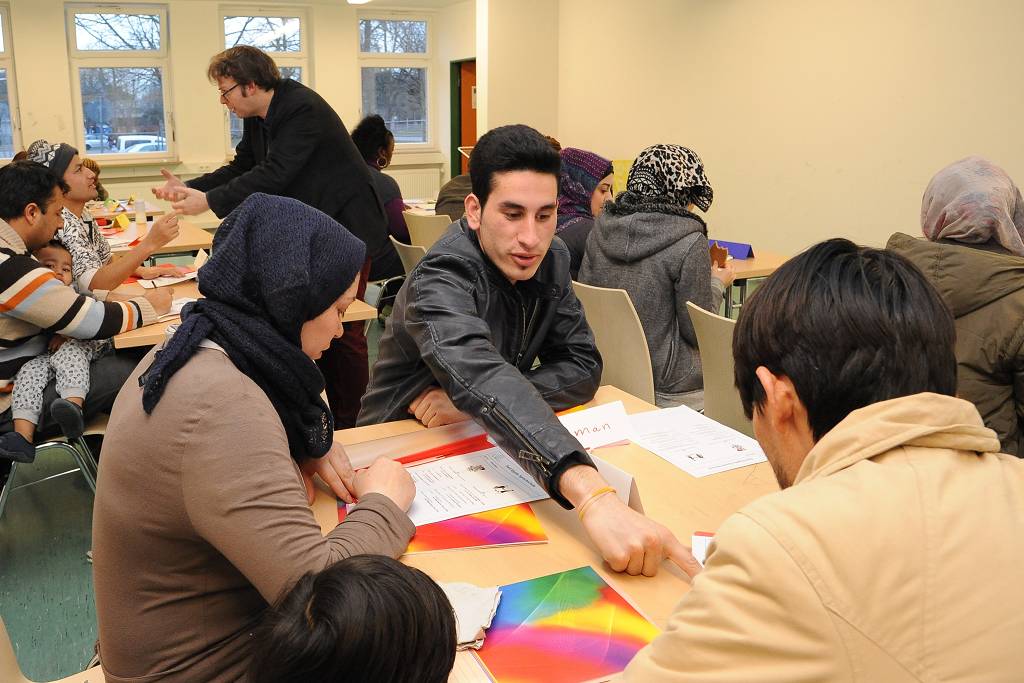 Inside the same facilities, the Community has also inaugurated the School of Peace for children aged 4 to 12 years. The school is run by a group of young people of Sant'Egidio that are committed to ensuring that children can quickly overcome the terrible time of war, of the flight and the many negative experiences that they have lived. They help them with homework, teach them German, sing and play together. Above all, they want to be for the children like their older brothers, to explain them the world and help them feel at home in Germany.