Medical care, school and a great desire to integrate in the current situation of the 25 families arrived in Italy in February

The Al Hourani family were the first to arrive in early February, inaugurating the humanitarian corridors of Sant'Egidio, Federation of Evangelical Churches in Italy and Waldensian Table. Their smiling faces at Fiumicino airport have become an image of the ecumenical project that Pope Francis has called "a concrete sign of commitment to peace and to life": an airliner instead of smugglers' boats, a home instead of the tents of a refugee camp.

But how do Yasmine and Suliman, F. and Hussein spend their days in Rome? A few days after the arrival, Falak was operated on for her eye and started therapies at the children's hospital Bambio Gesù. But she also started to learn a bit of Italian: “ciao”, “mi chiamo F.”, “come stai?” were the first words uttered without uncertainty in our language by this little girl of only 7 years with a strong character who, with her little brother now thinks about playing, drawing and wants to leave behind the many difficulties of life. In addition to looking after their children, Yasmine and Suliman have started to attend the Italian language and culture school of the community in Trastevere. They are making progress and think about the future of their family in Italy. In Homs, there is nothing left of their home, destroyed by bombs. "Even if the war in Syria ended, we would not know where to go to live", they tell their friends about Sant'Egidio. 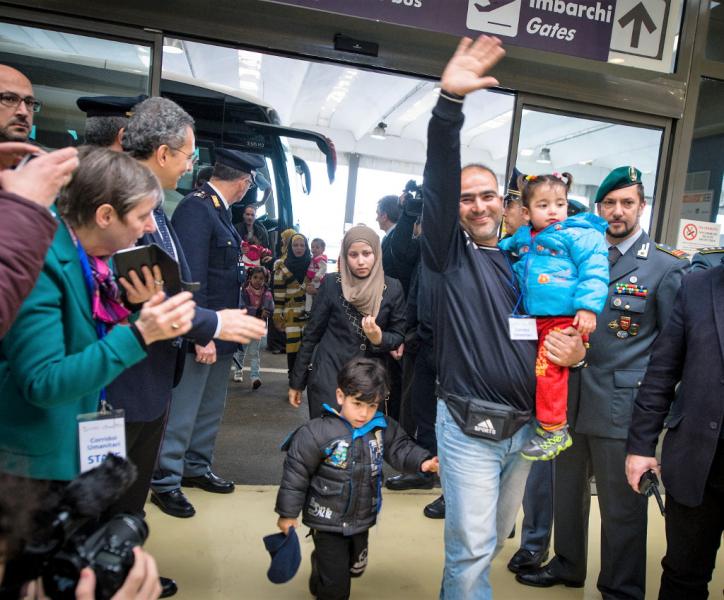 A new life has also begun for Rasha and her three children, Jafar, Omar and Jenin. Their family is from Palestine and lived in a refugee camp on the outskirts of Damascus, before fleeing to Lebanon. They have never lived in a house. Now in Rome they are guests of some nuns, who have offered a wing of their home to accommodate those that fled from the war. Rasha and her children begin to learn about the Roma neighbourhood where they live: a few days ago, they even went out to have breakfast at the bar and do some shopping at the supermarket. 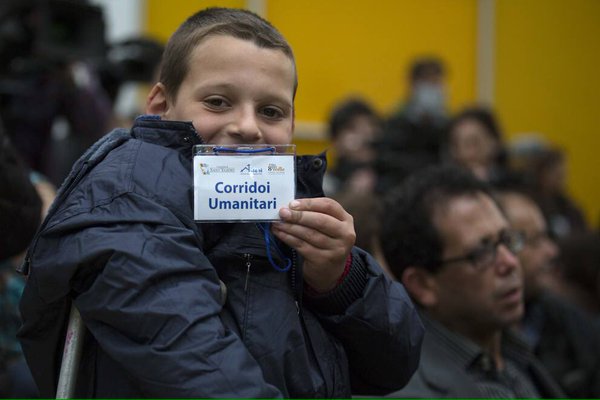 Rasha's family arrived in Italy on 29 February. In all, 93 Syrian refugees from a few camps in Lebanon have been welcomed now in Italy. Some of them are now living in a rural tourism house in Campoleone, near Aprilia, made available by the Federation of Evangelical Churches in Italy. Surrounded by plants, all they learn Italian and make plans for the future. There are some young people, as Leen and Mirvat, who attended university in Syria and who dream of being able to resume their studies in Italy: economics and English literature. And there are those that, like the very young Diya, can not wait to run again and play football with a "new leg", as he says. Shortly, he will move close to Bologna, where he awaits the implantation of a prosthesis.

Prayer with Mary, Mother of the Lord, live stream at 8 p.m. (CEST)

Prayer for the Poor

Prayer of the Holy Cross. Preaching by Marco Impagliazzo
read everything
Subscribe to the newsletter