MENU MOBILE
HOME > NEWS > HUMANITARIAN CORRIDORS FOR REFUGEES IN FRANCE ARE NOW OPEN, THE AGREEMENT WAS SIGNED AT THE ELYSEE
PreviousNext

Humanitarian corridors for refugees in France are now open, the agreement was signed at the Elysee

President Hollande: this project reaches out to the values of hospitality and solidarity 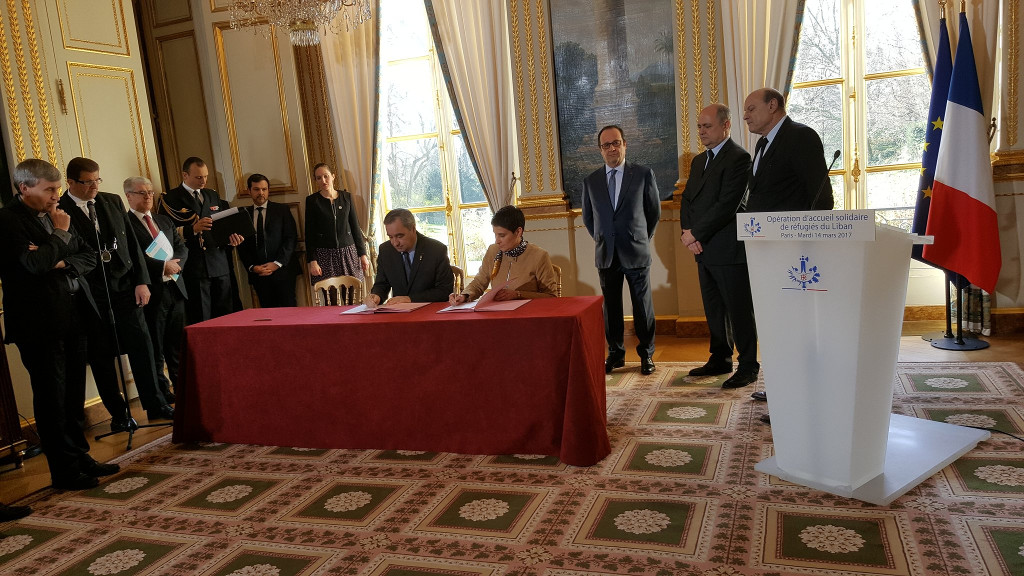 The agreement that gives the green light to humanitarian corridors in France was signed this morning at the Elysee. Among the signatories, in addition to the Ministers of the Interior and the French Foreign Affairs, representatives of the promoting organizations: the Community of Sant'Egidio, the Protestant Federation of France, the French Bishops' Conference, Entraide Protestant and Secours Catholique.

"Honor to those who launched the initiative of humanitarian corridors - said the President of the Republic François Hollande - because this project fights against indifference and intollerance, and reaches out to the values of hospitality and solidarity of France". 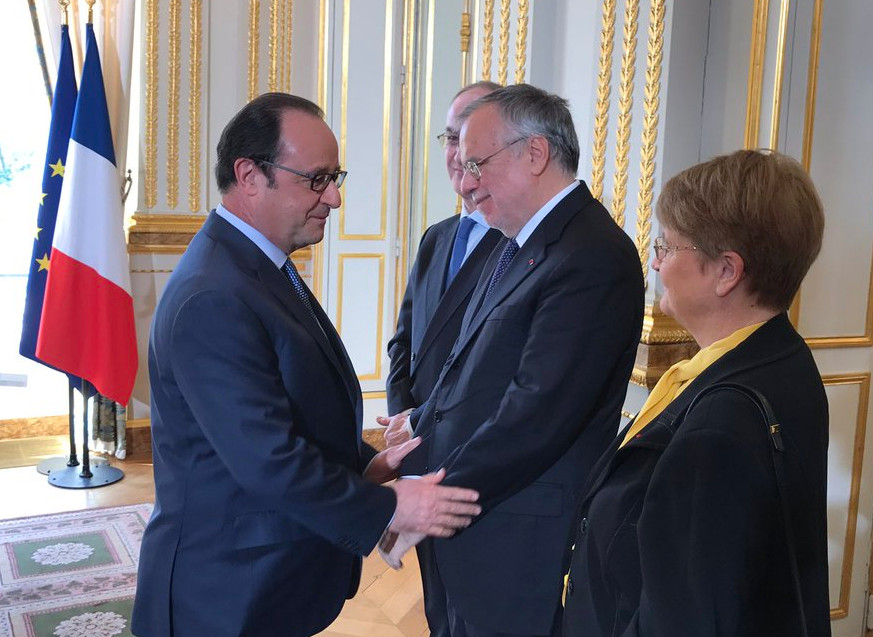 On behalf of the Community of Sant'Egidio, Valérie Régnier said: "This project shows that integration is good for Europe, not the walls. We are proud that France, after Italy, has opened humanitarian corridors".

The founder of Sant'Egidio, Andrea Riccardi, who was present at the ceremony, said: "Integration protects more than walls. Today's agreement is a sign for Europe."

The arrival of the first families from Lebanon is expected within the next two months.

The speech by Valérie Régnier (in French) >>

The statement by the President Hollande >>

Prayer with Mary, Mother of the Lord, live stream at 8 p.m. (CEST)

Prayer for the Poor

Prayer of the Holy Cross. Preaching by Marco Impagliazzo
read everything
Subscribe to the newsletter