Let's open #pathsofpeace for Mindanao. Homily of Card. Quevedo at prayer with Sant'Egidio 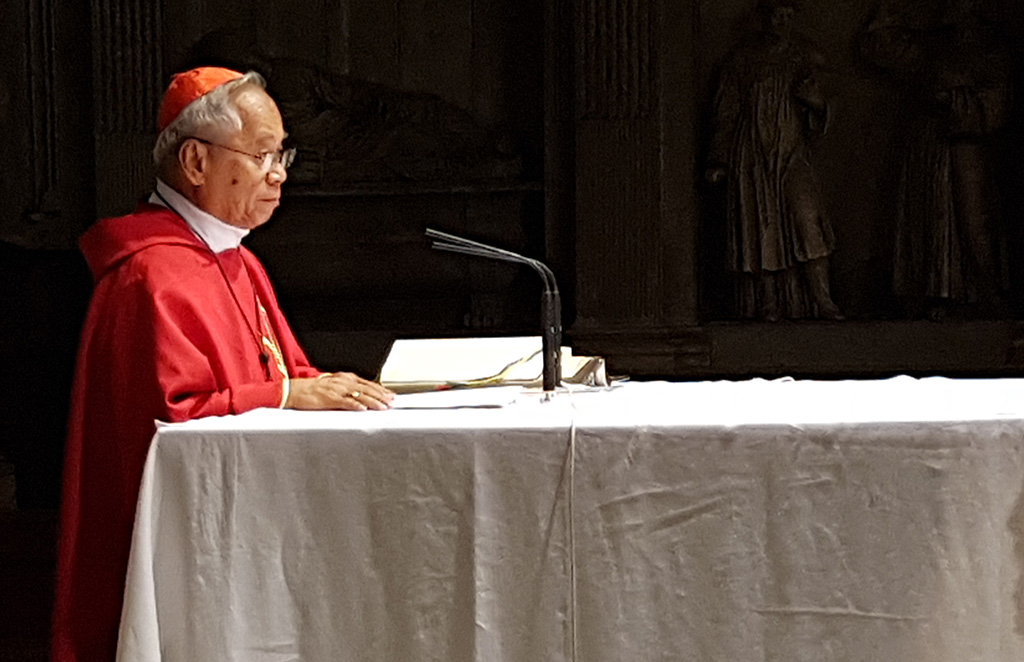 Beloved Sisters and Brothers in the Lord :

We thank the Community of Sant’Egidio for organizing tonight’s Prayer for Peace in Mindanao.

Only yesterday we returned for International Meeting of Prayer for Peace in Münster-Osnabrück, also organized by the Sant’Egidio Community. In Muenster we discussed once again the horror of violence in the world.

Our world today is full of conflict and division. We are appalled by death and destruction in armed conflicts and wars  between ethnic groups because of race or religious beliefs. Violent religious extremists destroy churches, kidnap and kill. Thousands of political and economic refugees flee from their homelands without assurance of welcome in other shores. Poverty drives women, youth, and even children to human trafficking, abuse, and exploitation.

In my own country the Philippines, a relentless war is being waged against drugs. Thousands of suspected drug pushers are killed without due process. Ideological terrorists which continue to hold on to portions of a city that they had seized for political and religious reasons. Thousands of Muslims and Christians have fled their homes for safety. Others remain trapped and are in the hands of terrorists as hostages and human shields.

And the words of Jesus seem to be a reality: “I have come to set the earth on fire…Do you think that I have come to establish peace on the earth? No, I tell you but rather division” (Lk. 12:49,51).

No, the Lord Jesus wants us to seek the path of peace elsewhere. Not the path of the sword of war, but of inner conversion. A sword that cuts into the heart and heals. A sword that transforms and converts the heart. Conversion to the Lord’s way of meekness and humility. Not pride or ambition that chooses so often the path of naked power and revenge.

Why is this so? Because peace in and of the heart is a peace that rejects the doing of evil and chooses the doing of good to others (see 1 Pt. 3:9,11; Ps. 34:14), despite hatreds, biases, prejudices, despite religious differences, racial or ethnic differences.

Such is the peace that Jesus speaks of, his peace that comes as a divine gift.

This is why we need to pray for peace -- and work for peace -- not alone but together, foes and friends alike. Together we have to be peacemakers, artisans of peace.

Tonight we celebrate His peace. We request Lord to grant us His peace that the world cannot find. “He is our peace who has made us both one and has broken down in his flesh the dividing wall of hostility” (Eph. 2:14).

May we follow his example of sacrifice and give of ourselves to others to seek and pursue Peace. As the Holy Father urged the people of Colombia to do: “Let us take the first step on the path of peace” (September 7, 2017).

May Mary our Mother, the Queen of Peace, be our companion. Amen.