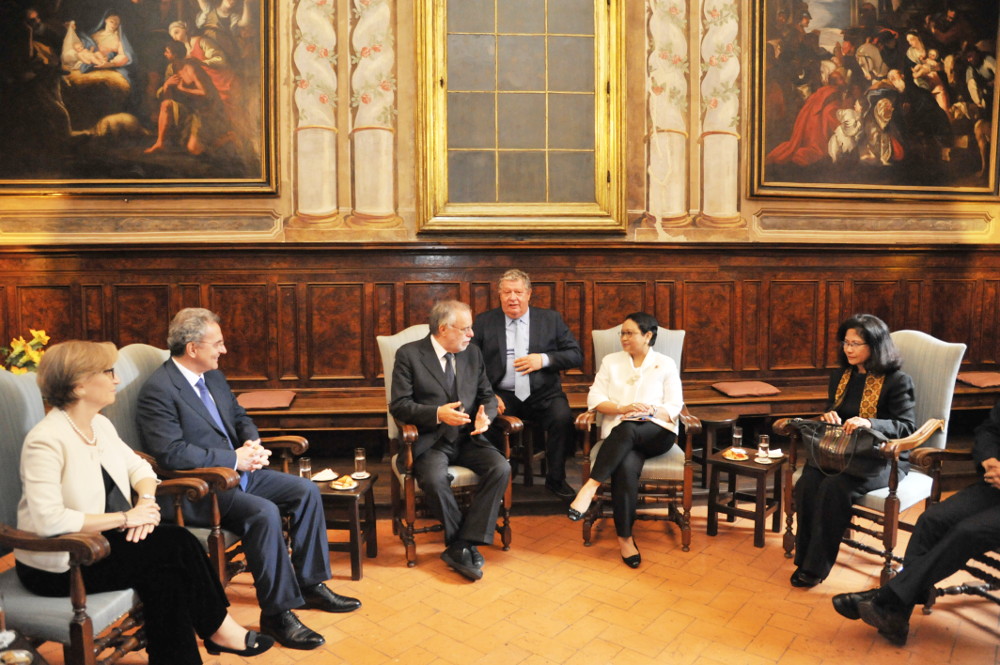 A short visit, that of the Minister of Foreign Affairs of Indonesia, Ms. Retno Marsudi, in Italy, for just a few hours. But she could not miss a meeting at Sant'Egidio, as Indonesia feels, and not from today, a particular bond with the Community.

"The Community of Sant'Egidio believes in the civilization of living together, and therefore promotes the Indonesian model of unity in diversity in a democratic framework", said Andrea Riccardi welcoming the minister.

During the conversation, the topics of dialogue among religions, women's promotion, pluralism in increasingly multi-religious and multiethnic societies were discussed. There was a long talk about the Rohingya refugee crisis, more than 800,000 people fleeing from Burma are currently refugees in Bangladesh. 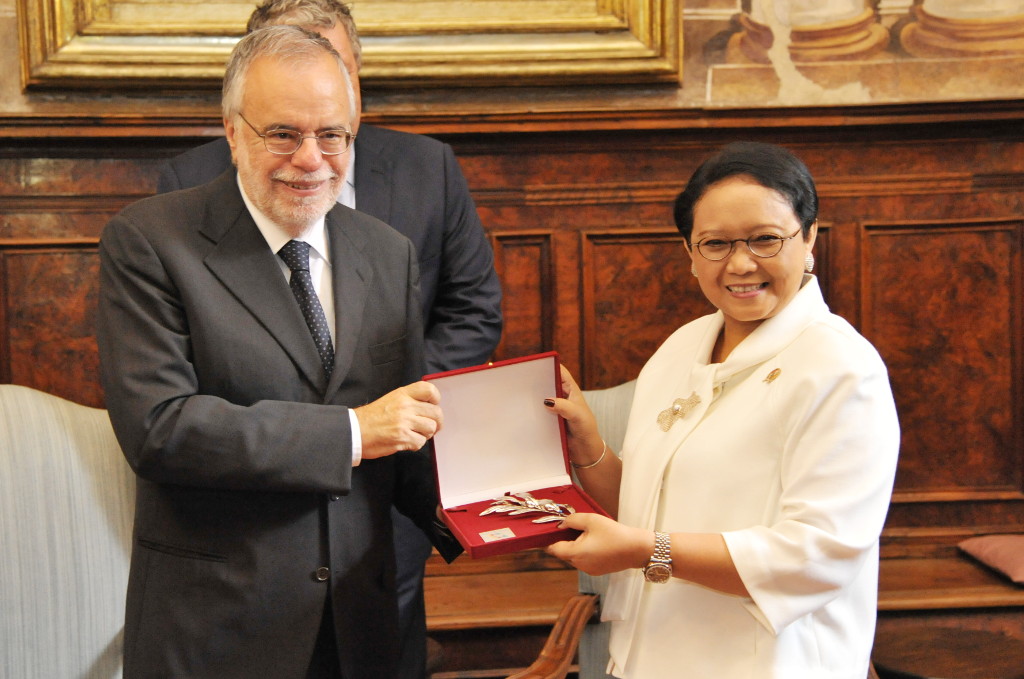 Indonesia wants to engage on this field and Minister Marsudi has shown interest in Sant'Egidio's experience of humanitarian corridors, the creation of legal channels for migrants, to avoid deaths on the sea and human trafficking. In these days, a collaboration started between the Community of Sant'Egidio and the Indonesian associations in Bangladesh to bring humanitarian aid to the Rohingyas.