The 2nd leg of our journey into Italy that welcomes

A new life for the refugees of the Humanitarian Corridors

The 2nd leg of our journey into Italy that welcomes takes us to Veneto and Friuli. The two regions host altogether 101 refugees in 13 different locations, thanks to the efforts of nine associations, parishes, Waldensian Church, so many people and families.

Ayman Kmkom and his family – wife and three little girls – are Christians from Aleppo. Since February 2017 they live in Padua in an apartment of the Parish of the Holy Spirit. He is a mechanical and soon he should get a permanent contract, she’s a housekeeper. A few days ago, they received a visit from Issa, a relative currently in Cornuda, close to Treviso, hosted by the "A Bridge To" Association. They were really happy for it. Many other relatives of theirs have been able to escape war thanks to the humanitarian corridors and are living in Salerno. We will meet them in the next stage of our journey.

A bit out of Padova there is Campagnola di Brugine, a big farming town well connected to the city. In the centre of the village, there is the parish, led by don Luca Gabarda who, along with his parishioners, strongly desired and arranged this form of hospitality. We meet with Nizar and Aziza, with their children Rose, Michael and Hanna. They live in a very comfortable house, surrounded by a garden, made available by Mrs. Amanda, who lives upstairs. Aziza and Ubaldina are both taking care of the garden. Nizar is very proud when he tells us that Michael, the eldest son, who works at a packaging firm, has just graduated from eighth grade. In fact he learned Italian very well. Rose – she’s still a teenager - in September should start a training to become Hairdresser. Aziza is the one experiencing most difficulties in learning Italian, but with Ubaldina, who does not lose heart even with the Arabic language, it is easy to understand each other, and all works out with hugs and big smiles.

In the county of Verona, Pescantina, we're welcomed by the "The Anchor" Foundation of don Renzo Zocca - longtime friends of the Community. Every year they host the disabled friends of the Trattoria degli Amici when they go to Verona to attend the Vinitaly event. This bound generate came the idea to accommodate a family of humanitarian corridors and so, at the end of October last, Akram with his wife and two young children arrived to Pescatina. War has cruelly hit this young family: bombs have destroyed their house and the banquet of desserts stall which was their source of livelihood, Akram lost his leg while trying to rescue others injured by bombing.
Today they live in a large house together with Emma, a young woman who strongly wanted this hospitality to happen. She is very active in the parish, they are Muslims and form a really tight-knit family surrounded by many friends. Emma, who worked for the recognition of Akram’s invalidity, has many projects: the next is to get access to European funds in order to enable the Syrian young couple to open an Arabian food shack.

We leave Veneto with the awareness of having met so many open doors. Like those of Donatella and Lorenzo - in Castelfranco Veneto - hosting two other families. Now it is the turn of Friuli: Jihad, a Syrian Christian from Homs with his family in Trieste, in a House provided by the parish of St. Therese of the Child Jesus. The integration training, involving parishioners with considerable enthusiasm, is working well: Jihad is attending a training at to the port with good chances of getting a full contract by March 2019; his wife Joumana proved to be outstandingly good in the care for the elderly and soon will be hired as an Assistant Cook in a Lebanese restaurant. Both parents and his son George, 17 years old, are taking part in the Community of Sant'Egidio activities in Trieste: visit to the lonely elderly, attending evening prayers and helping the poor. "We have so much love to give back" she told us.

Our last stop is in Friuli, on the mountains of Carnia. The ancient Church of St. Peter is majestically set upon a beautiful valley, where there is Imponzo, a small village of about 200 inhabitants. The country is small, but full of initiatives and spirituality. The sanctuary not only dominates the Valley, but is also at the place where "La Polse di Cougnes" Foundation started - which focuses on hospitality, charity and dialogue. A community fondly tight around this young family, almost "adopting it" in every aspect, from learning the language to looking up for a good job.

We move from these lands of the Northeast with feelings of gratitude and optimism, thanks to the many open and welcoming hearts we met on the way. And now we take off again: next stop Bologna and Marche. 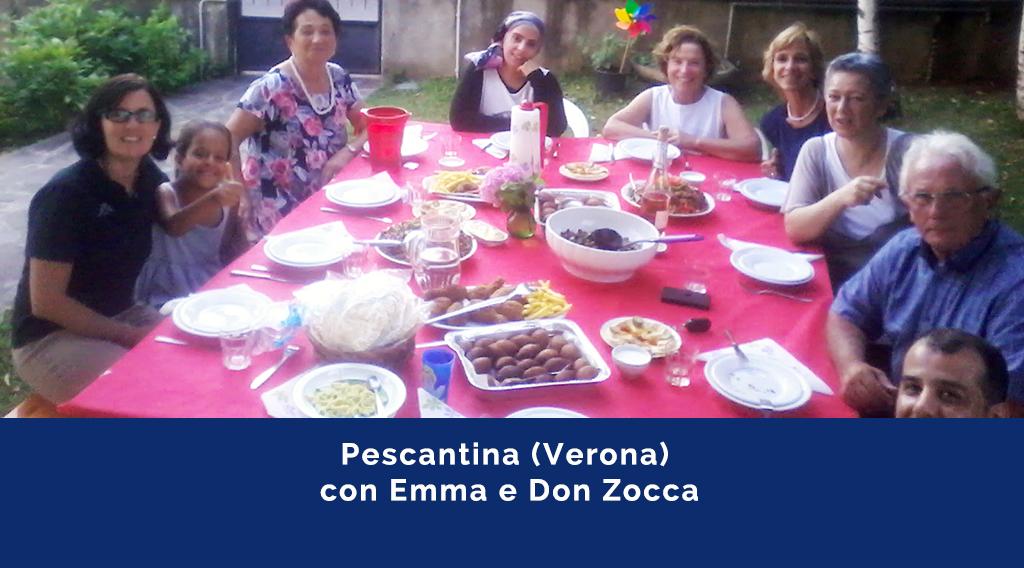 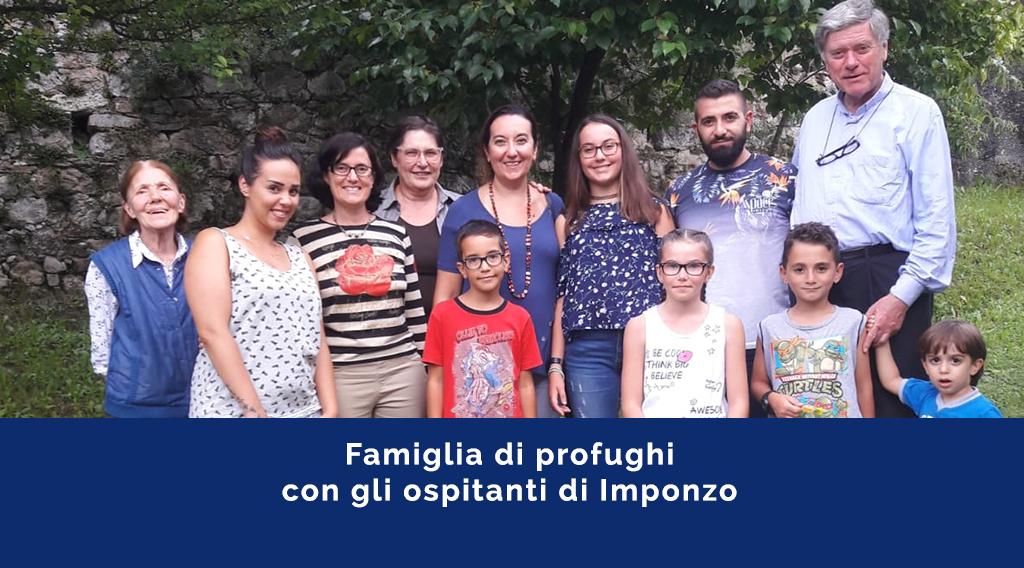 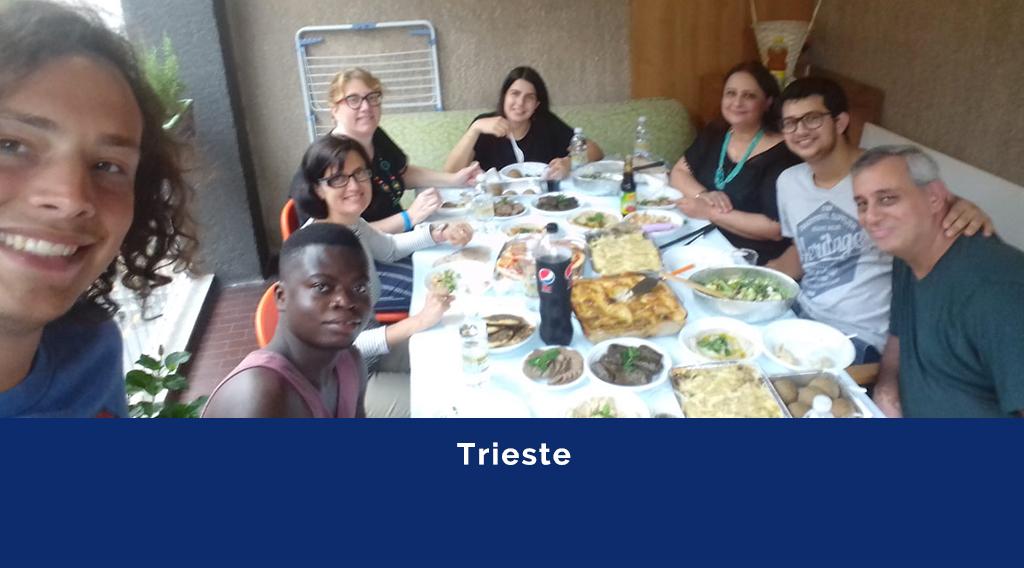 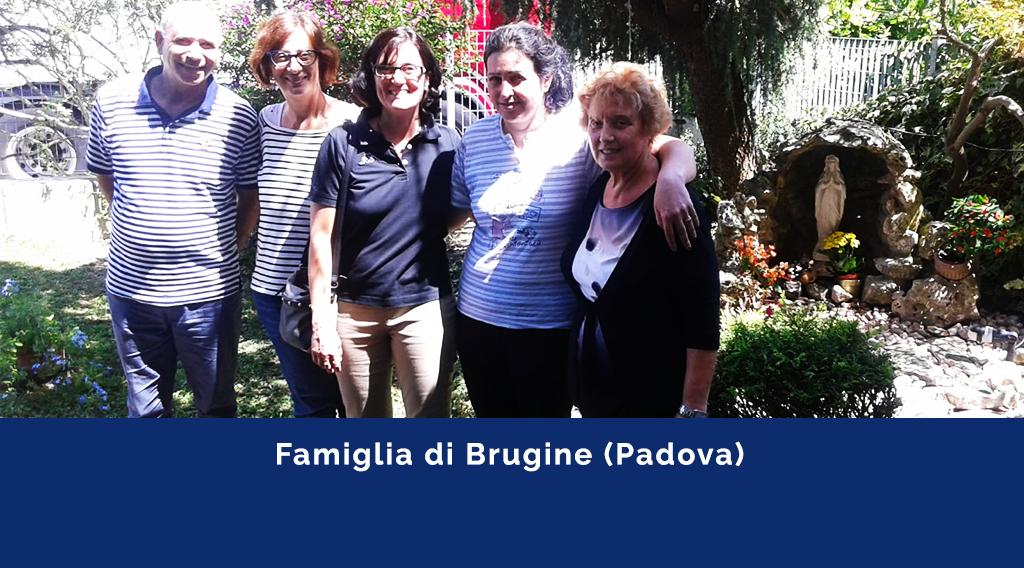 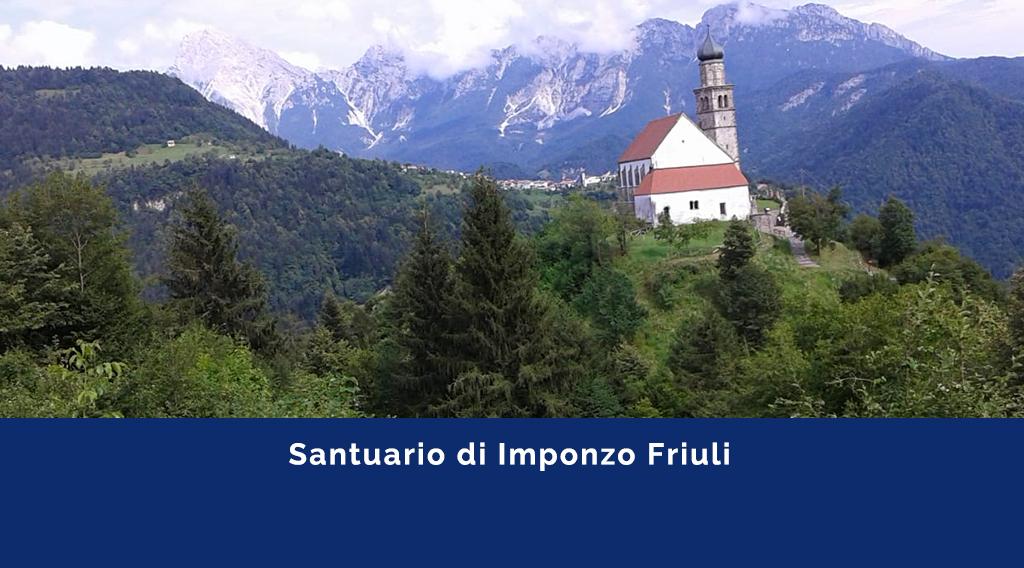