MENU MOBILE
HOME > NEWS > COOPERATION AND DIALOGUE IN NORTH KOREA: THE VISIT BY A DELEGATION FROM SANT'EGIDIO
PreviousNext

Cooperation and Dialogue in North Korea: the visit by a delegation from Sant'Egidio

Meetings with the highest offices of the country. Visit to universities and places where the Community runs cooperation programs

A delegation of the Community of Sant'Egidio, led by Marco Impagliazzo, visited North Korea (DPRK) in the spirit of humanitarian cooperation and dialogue with the country. Sant'Egidio has supported the Wonsan Pediatric Hospital by delivering humanitarian aid (food, medicines and medical equipment) over the last six years. The Wonsan Pediatric Hospital works as reference point for the entire province of Kangwon, east of the country. Food aid also reached more than 300 elderly living in state care-homes in Munchon.

In Pyongyang, the delegation was welcomed by the President of the Presidium of the People's Assembly Kim Yong Nam, which covers the role of Head of State. During the discussion, the President congratulated the Community for the tireless work for peace in the world and for the 50th anniversary. He thanked Sant’Egidio for the delivery of humanitarian aid to the children and elderly living in Wonsan and Munchon. Moreover, he expressed the hope for cooperation to be reinforced in the near future, also in the field of culture and education. Marco Impagliazzo illustrated to the President the work of Sant’Egidio for the elderly and children in different parts of the world and the recent work for peace in Africa. Marco assured the President of the intention to enhance and extend both humanitarian and educational cooperation and expressed the hope that the recent peace steps undertaken by the two Koreas could have a positive outcome for the good of the entire population.

The delegation also met with the Deputy Foreign Minister for Europe, Im Chon Il: an opportunity to explore bilateral relations with the Community and several aspects of International Peace development.

In Pyongyang, the delegation visited the various Christian associations, such as the Catholic one - which is the only church in Changchung - the Christian federation of Korea and the Russian Orthodox Church - inaugurated in 2006 by the patriarch Kirill.

The delegation had also the opportunity to meet with students and professors of the University of Foreign Studies in Pyongyang, including students of Italian language and culture.

Great interest has been shown by teachers and students to open up cultural exchanges with the Community and with Italian Cultural Institutions. In Panmunjom, along the 38th parallel which marks the demilitarized zone separating the two Koreas, the recent historic meeting between the leaders of the North and the South was recalled. This important event has started a season of re-engagement and the resumption of dialogue. 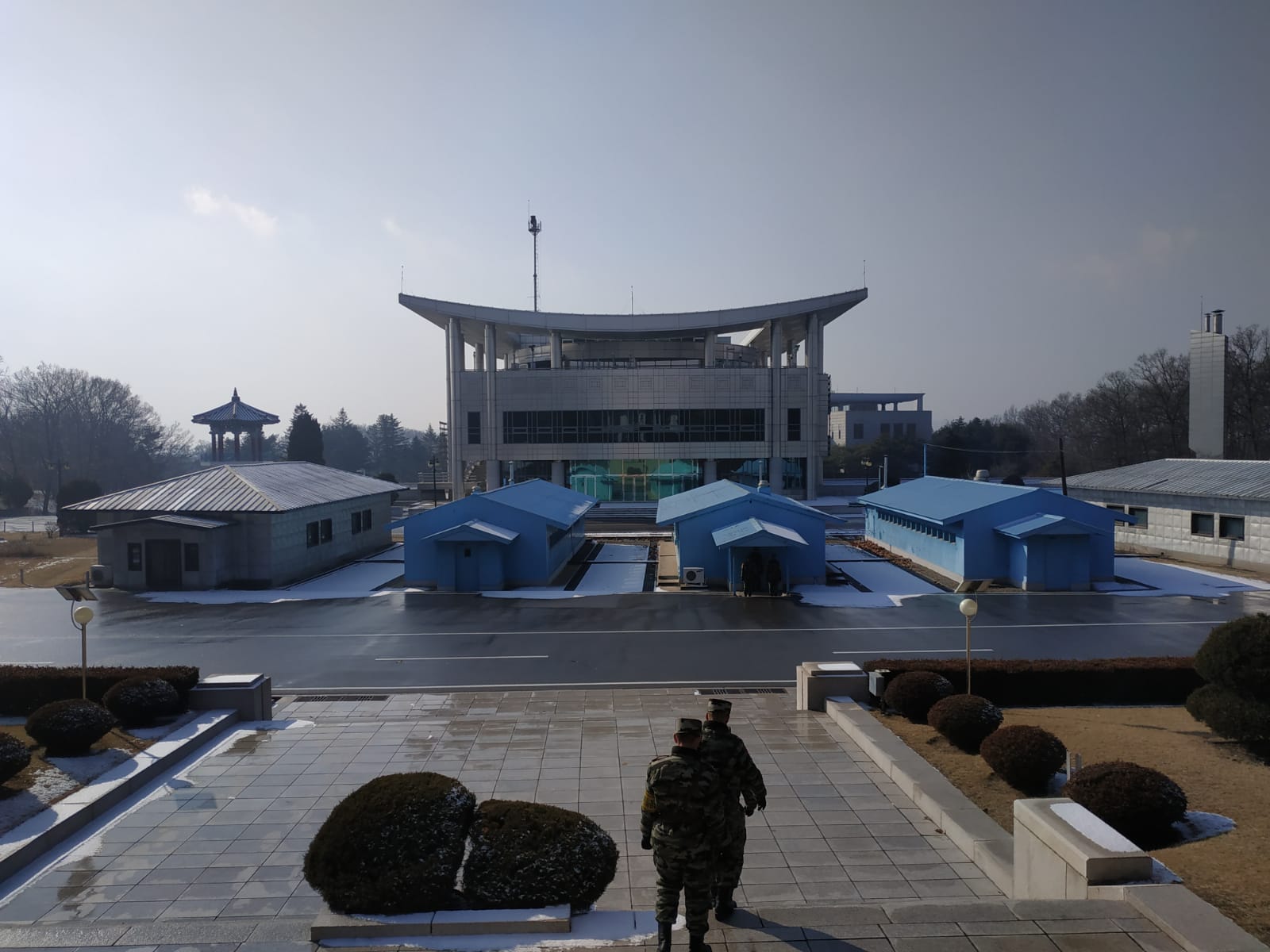 The border between the two Koreas 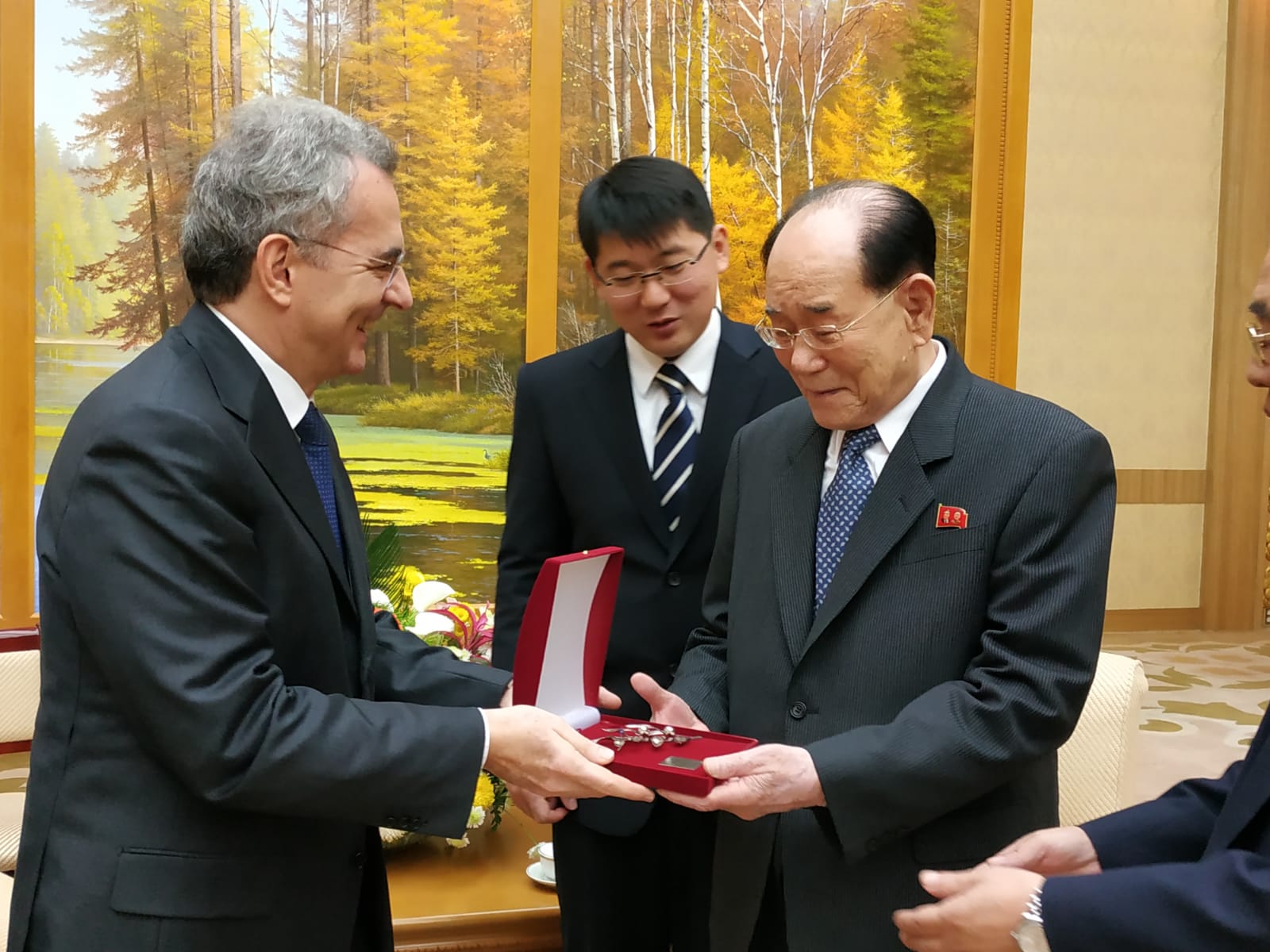 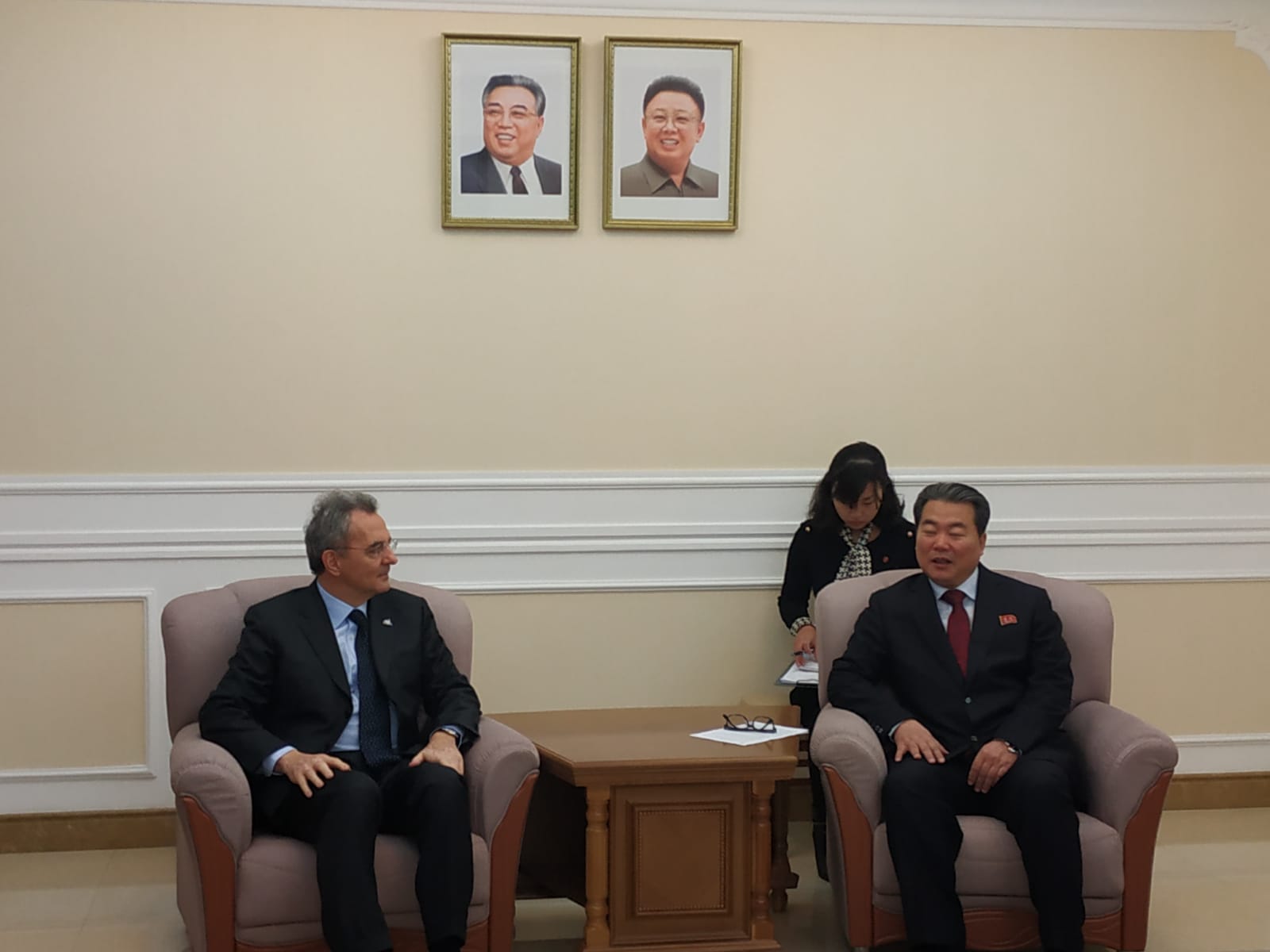 
Visit to the Catholic Church of Pyongyang


Visit to the Ortodox Church of Pyongyang


At the Wonsan Children's Hospital


With the director of the Wonsan Children's Hospital


With the elderly in the countryside care-home near Munchon 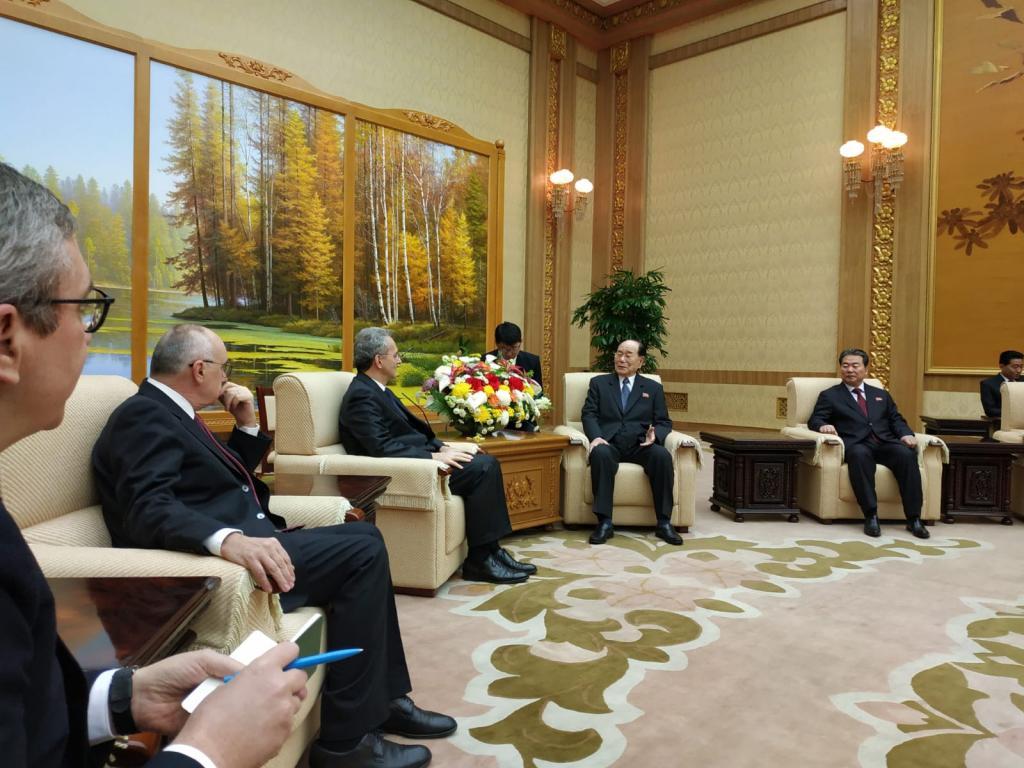 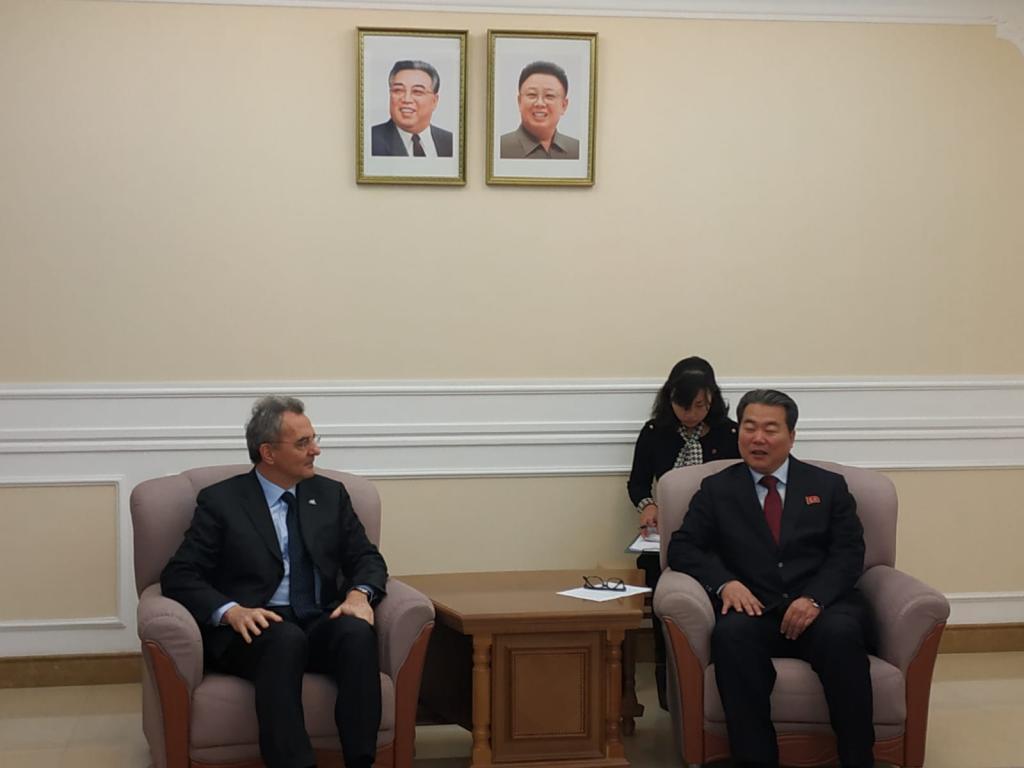 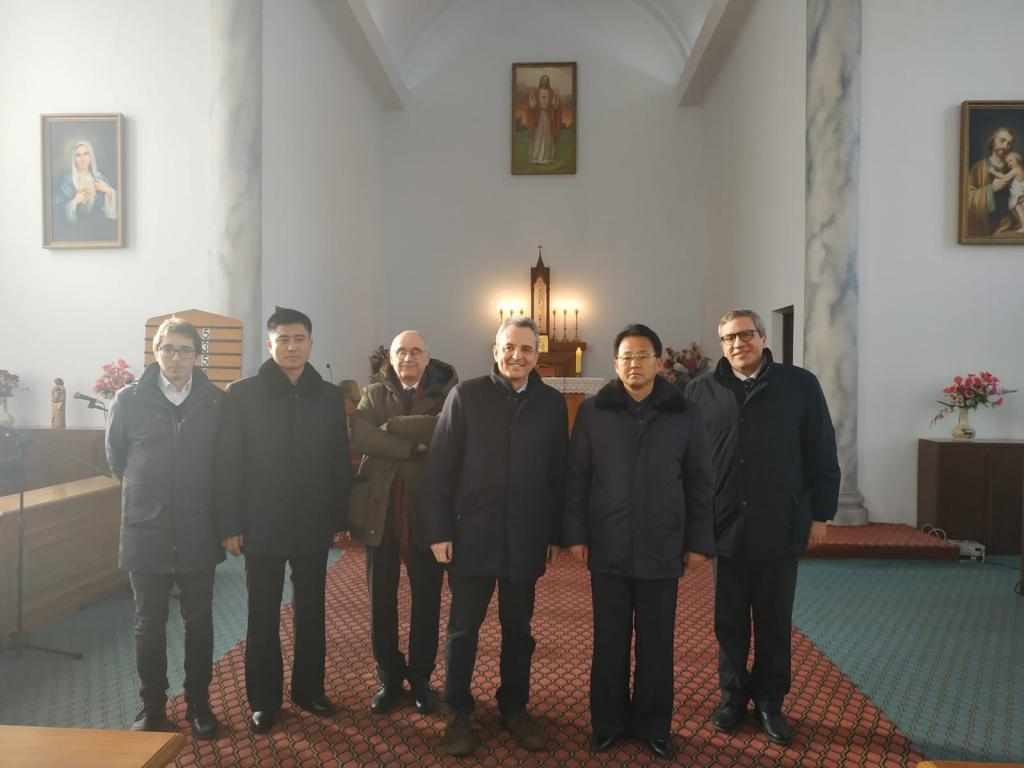