Livorno is the city in Italy from which the reflection of Medì starts, the International Conference, organized by the Community of Sant Egidio, for the development of relations between Mediterranean cities, facing the global challenge of welcoming and hospitality.

The article by Mr Manuel Delia, among the speakers of the Conference, published on Times of Malta.

It is the vocation of the religious to live out their lives as witnesses for their faith. In that commitment lies recognition that their precepts are not self-evident. There is also expectation that others who do not share their faith are likely to be sceptical, perhaps hostile. But there is also hope that the example of conviction might soften the hard hearts and brighten the dim views of the unconverted.
I do not normally think in religious terms. Nor do I choose to follow paths and uphold convictions on the back of faith. But last week I have had occasion to spend time with people who do and to find that walking on the burning coals of indifference is an experience shared by all minority views.

The Comunita’ di Sant’Egidio is a lay Catholic organisation that brings together people from all walks of life in a shared experience of their faith. I was vaguely aware of their existence because their name emerges in international news as a trusted party in mediation efforts for conflict resolution.
They helped people in the Balkans, in central Africa and in other countries sit around tables and find mutual understanding. That is just the more glamorous version of their daily work in their many communities around the world – they are established in 70 countries – to create opportunities for mutual understanding between people who would despise each other less if only they knew each other better.
In the 1980s they famously worked with AIDS and HIV patients, helping to break the stigma of pestilence by some divine retribution and seeking instead sympathy, solidarity and understanding. In Italy, from where they emerged nearly 50 years ago, they are now best known for their effort to teach migrants the local language, promoting integration and giving cities a soul enriched by people who can benefit from the cultures of others, helping them listen for long enough to stop thinking migrants are out to outbreed them, replace them or destroy them.

Every year the Livorno chapter of Sant’Egidio hosts a meeting of people from around the shores of the Mediterranean. Speaking this week, the founder of the organisation Andrea Riccardi sought to answer the question asked by the organisers of the gathering: ‘Do cities have souls’?
For centuries Mediterranean people have expected the soul of their city to be its religion. The mediaeval European town built around a cathedral at its very centre represents a vision of uniform cohesion held together by uniformly shared faith. The Islamic version of that vision is different only in that the cathedral at the centre is a mosque and the city’s soul is its Muslim faith.
But, Riccardi reminded, there has never been a Mediterranean city that has in reality proven to be so limpid in its supposed religious purity. Even Rome, for centuries a theocracy where its bishop was also its king, could never be what it was without its Jewish ghetto and the culture of the people who lived within it. Even Istanbul, founded on the transformation of the ancient Hagia Sophia into a mosque, is unrecognizable without Armenian and Greek Christianity and the great Jewish presence.

What then is the ‘soul’ of a city, if not its religion? Riccardi says the soul is the embrace between the differences within it. The relationships between majorities and minorities are inherently tense, conflicting and often times dangerous and violent. Mediterranean cities have a heritage of piracy, slavery, ghettoes, crusades and warfare. All these are the legacy of centuries of a vain and misguided pursuit for the illusory soul of purity.
We know something about that here having been on the frontline of the war between Christianity and Islam that lasted for centuries after it had long been over everywhere except in the heads of the Knights. This is a country that exiled its Jewry and was run by friars as a theocracy for centuries. Its faith has been central to its identity and is still now the pretext for most community life – some of it beautiful and some of it the spur of village battles between rival factions or worse, gender or racial prejudice and discrimination.

But there are moments when majorities realise that the pursuit of purity is illusory and self-destructive: that one can never be complete if others around are pushed away or crushed. Those moments of realisation are when a city and its community remember their soul and find a way of living together and moving ahead. The argument applies to religious and racial differences, no doubt. But it is a view that applies to all great fissures that break cities up.

While here in Livorno I was told stories of how Palermo found its soul right at the time of its most eviscerating crisis. Before Giovanni Falcone and Paolo Borsellino were blown up in their cars, the state of mafia existed separately and independently of the State proper. The mafia was not merely feared, it was admired by many who sought comfort in its power, its code of honour, its meritocratic hierarchy, the fealty it promised its novitiates, and the protection it gave to those who belonged.
There was once a march in the streets of Palermo of people who defended the mafia in the way it needed them to, saying ‘the mafia does not exist’. The notion of mafia is a slanderous lie, created by others intent on crushing the local way of life, to besmirch its purity and rob it of its identity.
Falcone and Borsellino grew up in the same neighbourhoods and studied in the same schools and played in the same streets out of which mafia bosses grew. They represented an unreconciled difference, an unrecognised minority, a threat to the faith of a majority grounded in the private code of honour. They were, instead, loyal to alien institutions of a State the majority feared and despised.
They represented that minority not just from behind their official desks, their judicial benches and their armed escorts. They – the judges who would be killed – toured schools in Palermo and in Sicily to teach children about the mafia and the rot, the violence, the corruption and the immorality that belonging to it and supporting it kept alive.
For them the fight against the mafia was not just a job.
It was an act of secular faith they needed to bear witness to throughout their lives, by teaching children, giving up their families and their privacy, denying themselves even the opportunity of personal wealth, to argue for the defence of the State and for its victory over organised crime and corruption.

Christ-like, the sacrifice of Falcone and Borsellino proved cathartic. They were as unwilling to be killed for their mission as Jesus in the Gethsemane. But they were as determined to bear witness and did not walk away from their own end. When Falcone died, mafia boss Tommaso Buscetta said about him ‘he truly was a man of honour’. Buscetta would repent and help the State break down the power of the mafia.
I had to be here to understand why the fellows of Sant’Egidio wanted someone to tell the story of Daphne Caruana Galizia which in any case they knew very well before anyone got here to narrate it.

Bearing witness to the truth is an unhappy vocation but it must go on. The soul of the city – for us it is a ‘country’ – will be ultimately found when the truth is embraced and the difference welcomed as an unlooked for inheritance left behind by one who would rather die than shy away from the truth. 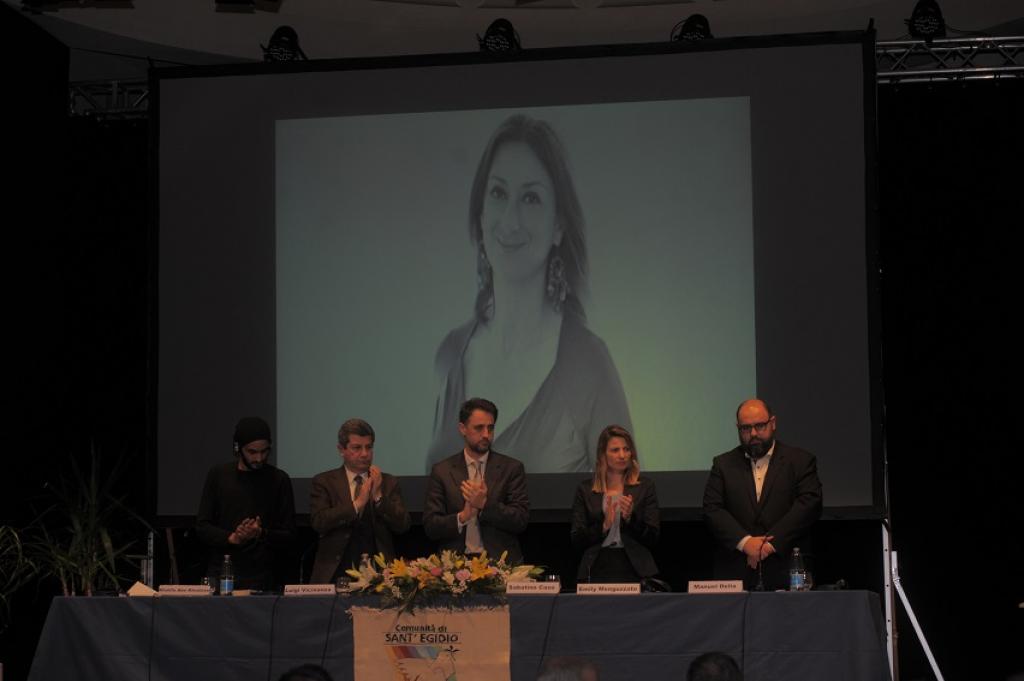 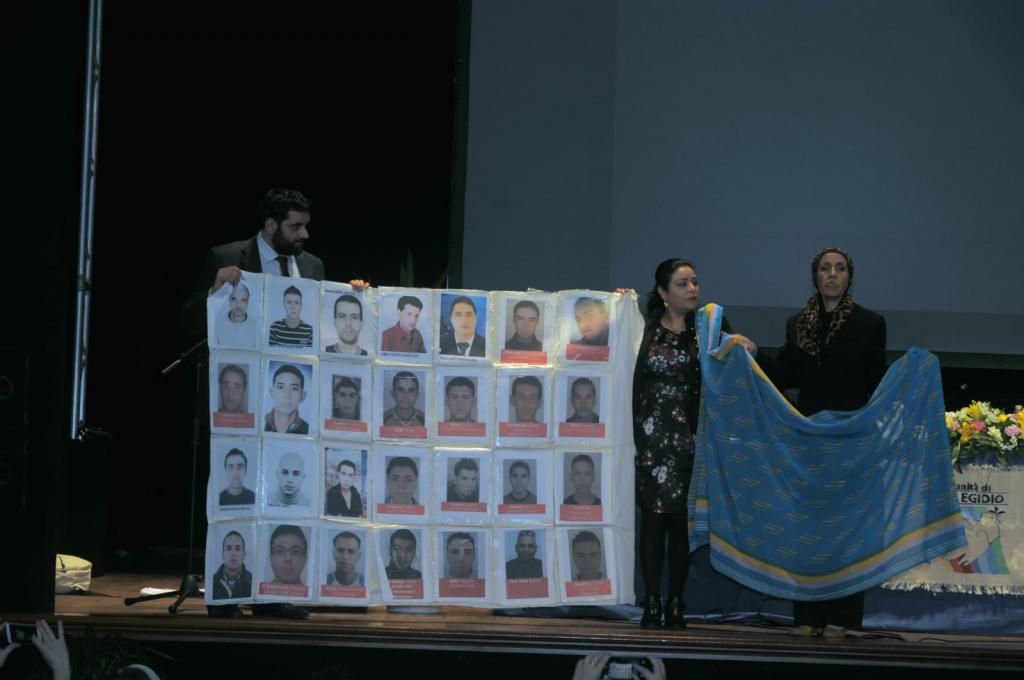 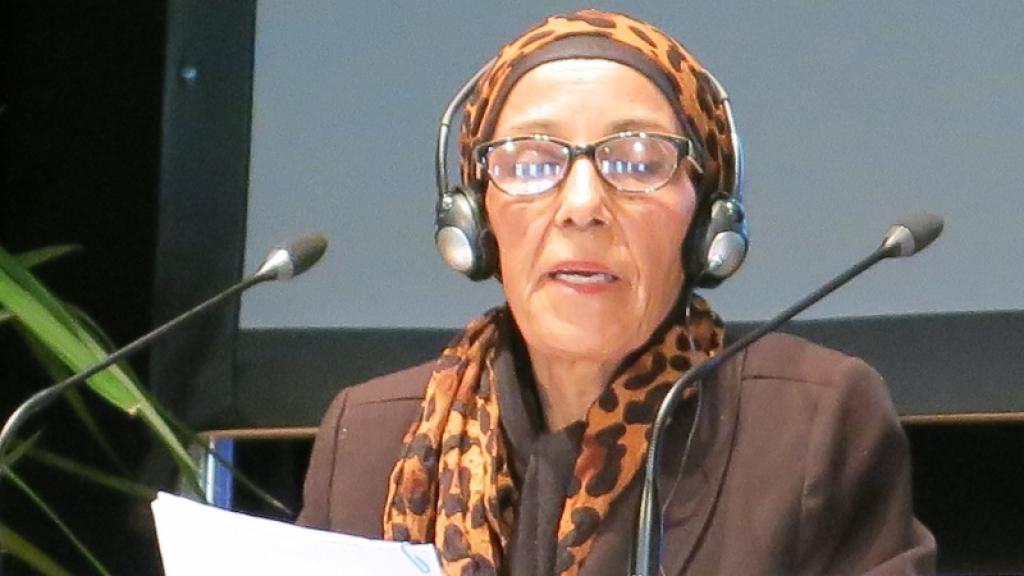 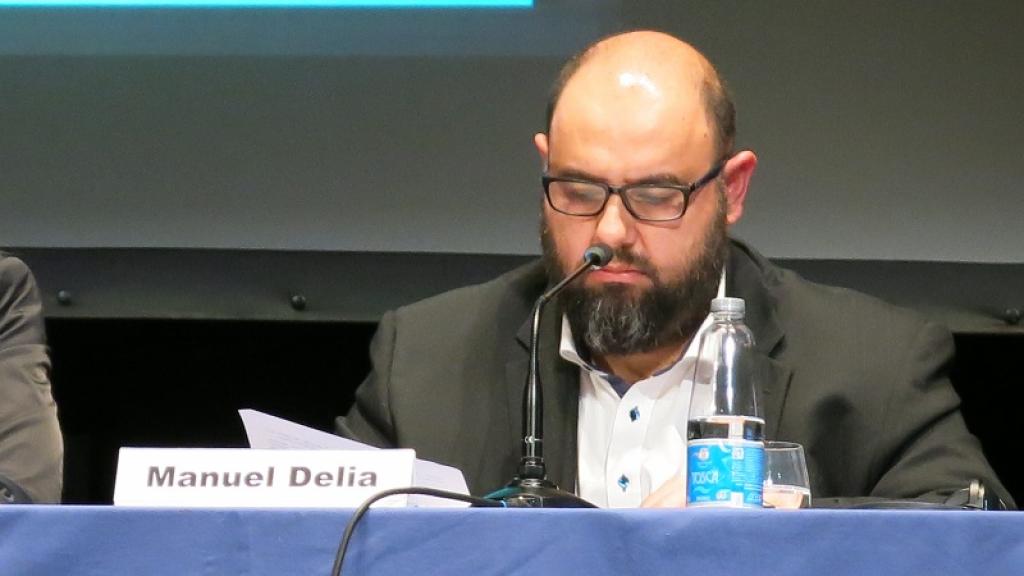