MENU MOBILE
HOME > NEWS > THE GUARDIAN: DEATHS AMONG ROME'S ROUGH SLEEPERS SURGE AS SHELTERS TURN MANY AWAY DUE TO COVID
PreviousNext

The Guardian: Deaths among Rome's rough sleepers surge as shelters turn many away due to Covid

About 3,000 homeless people in Italian capital sleep on the streets every night

More people are sleeping on the streets in Rome after being turned away from shelters due to coronavirus restrictions, while the number of homeless people dying from the cold has surged this winter.
There are about 8,000 homeless people in the Italian capital, of whom 3,000 have no shelter for the night, according to figures provided by the Catholic charity Community of Sant’Egidio.
“The number is higher than a year ago,” said Massimiliano Signifredi, coordinator for homeless outreach at Sant’Egidio. “One of the main reasons being that shelters which could previously host 100 or 200 people have had to reduce numbers or completely close.”

The consequences of Covid-19 on the homeless have become increasingly visible in Rome in recent months. Makeshift beds have appeared on the plush shopping streets in the centre, or on the steps of churches or outside supermarkets.
Edwin, a 46-year-old Nigerian, died of the cold near St Peter’s Square last week, prompting Pope Francis to appeal to Romans to help the homeless. In early January an Italian man died after bedding down for the night at the entrance of a shuttered hotel. They are among the 12 people to have been killed by the cold since late November.
“These deaths cause us a lot of pain as they shouldn’t be happening, it is unacceptable,” added Signifredi. “Now there is a desperate need to find new beds as the freezing temperatures are forecast to return next week.”
With scant assistance from Rome authorities and a failed plea to leaders to help hoteliers cover the cost of opening their otherwise empty premises to homeless people, finding more beds is the onus of the city’s volunteers.

On Tuesday night, Sant’Egidio opened a dormitory, which sleeps up to 10, in a church in the Trastevere district that had been abandoned for 30 years. Volunteers rallied to provide beds, bedding and electric heaters, as well as partitions that enable the guests to adequately social distance. Meals are provided by the charity, as are regular tests for Covid-19.

The pandemic has badly affected people on precarious work contracts or employed off the books, leaving them devoid of any state assistance.
Sant’Egidio’s volunteers have come across many who were forced to sleep in their cars.
“So many people lost their income and suddenly found themselves in serious financial difficulty,” said Signifredi. “Businesses have been brought to their knees. Think also about the people who clean hotels – the owners might have enough money to sustain themselves while their businesses are closed, but those doing the menial jobs have been forgotten.”

By Angela Giuffrida on The Guardian. Read the full article here 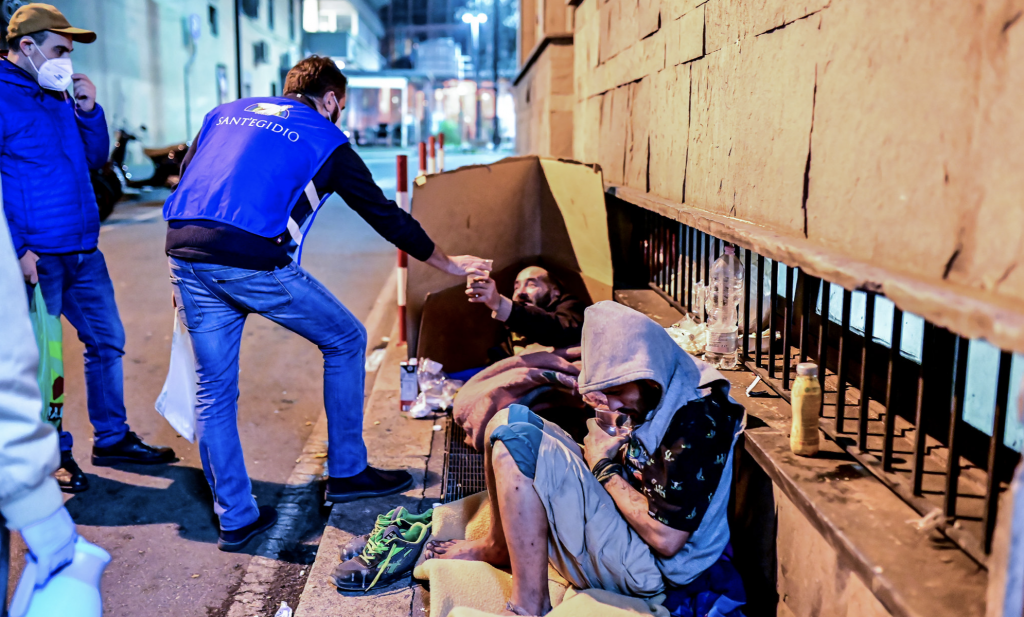 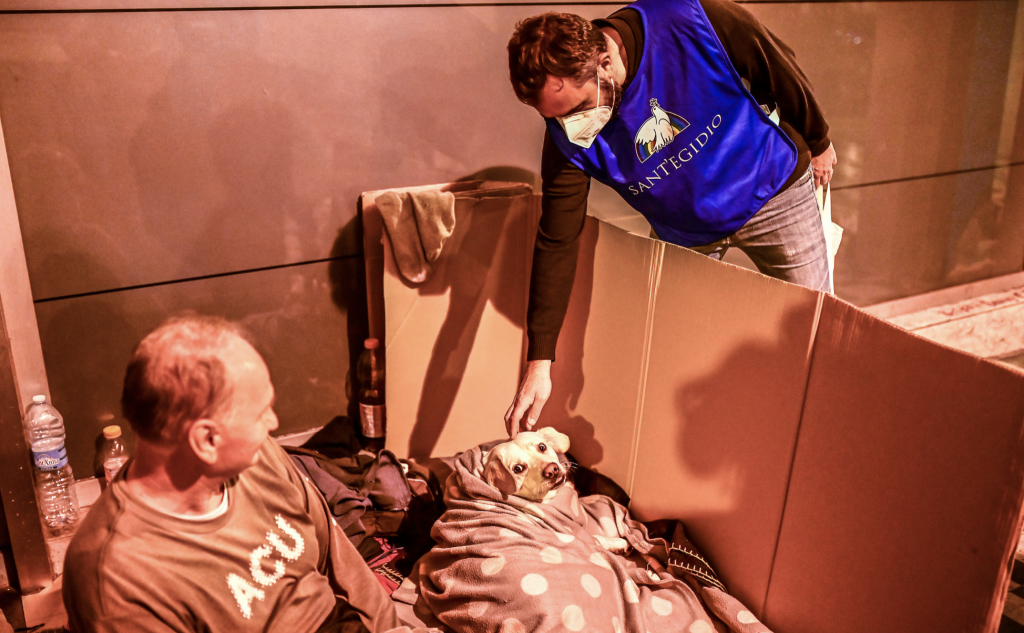 Covid has worsened the condition of people facing homelessness in Germany, too. Sant'Egidio's response is the soup kitchen in Schwabing, in the heart of Munich.