We met Filomena in 1973. She lived in the ancient working class rione (neighbourhood) of Trastevere, in the heart of Rome, very near the church of Sant’Egidio, where at that time the Community had started its prayer meetings. Filomena had her long long hair always gathered up in a headscarf. She had her own way to friendship. She got herself known and loved generating immediate sympathy. After she remained lonely she used to spend her days in quest of company: she searched someone to talk to. The tiny home she lived in, just one room open on the alleyway, was too narrow and empty for her. Therefore she always went out and wandered through the streets of Trastevere where everybody knew her.
When the convent of Sant’Egidio, which was for some years deserted, was anew populated by the youth of the Community of Sant’Egidio, Filomena didn’t fail to peep round the door intrigued. She found a warm welcome and so she got into the habit of coming over. She was one of the first elder people we got to know.
Filomena was a bit dreamy: she often happened to lose her things, especially her pension document. She used to hide it with great care, forgetting where pretty soon. It was needed to withdraw her money monthly and it meant her living and her independence. So she often came to Sant’Egidio asking anxiously to be helped to find her precious document. We, along with the shopkeepers, the neighbors, formed a sort of safety net around that nice and absent-minded old lady: in spite of the rising difficulties due to her age, she could still lead a normal life.
Filomena’s vitality was really exuberant: she used to tell infinite anecdotes about the neighborhood and its inhabitants; she had a huge repertoire of old songs and Roman stornelli that she sang with a voice still powerful. Chatting with her was a pleasure and she always succeeded in getting time and attention from the people she met.
But one day Filomena failed to knock on Sant’Egidio door. She was not at home. Nobody had seen her. She had been taken to a nursing home. Some nephews of hers, who didn’t live in Rome, thought that was the best course: the safest solution for her who was almost “out of her mind”. When we eventually found her she looked a different person: she no longer spoke; she didn’t recognize us; she was crying and moaning all the time. Her long long hair have been cut. She was so proud of her thick hair. Now she was ashamed of what they did to her and she tried to hide her face to wipe out such a humiliation.
In few days she let herself die. Before we could take her away, back to her usual life.

The story of Filomena has been very important for the Community of Sant’Egidio. Thanks to what happened many years ago we realised what really is the institutionalisation for an elderly person, especially when it occurs against his/her will. It is to be torn from one’s environment and relations. It means confusion, loneliness, pain, losing oneself. The healthier elderly person too, even in the best caring home, may end up getting depressed and weak, neglecting oneself. Dying of sadness. That is something we have never forgotten and it has been guiding our bond with the older people up to now.

From the friendship with Filomena and her sorrowful story some of the initiatives of Sant'Egidio to prevent institutionalization and help the elderly people remain at home were born: the Lettera di Maria campaign, the Family Homes, the co-housing experiences. 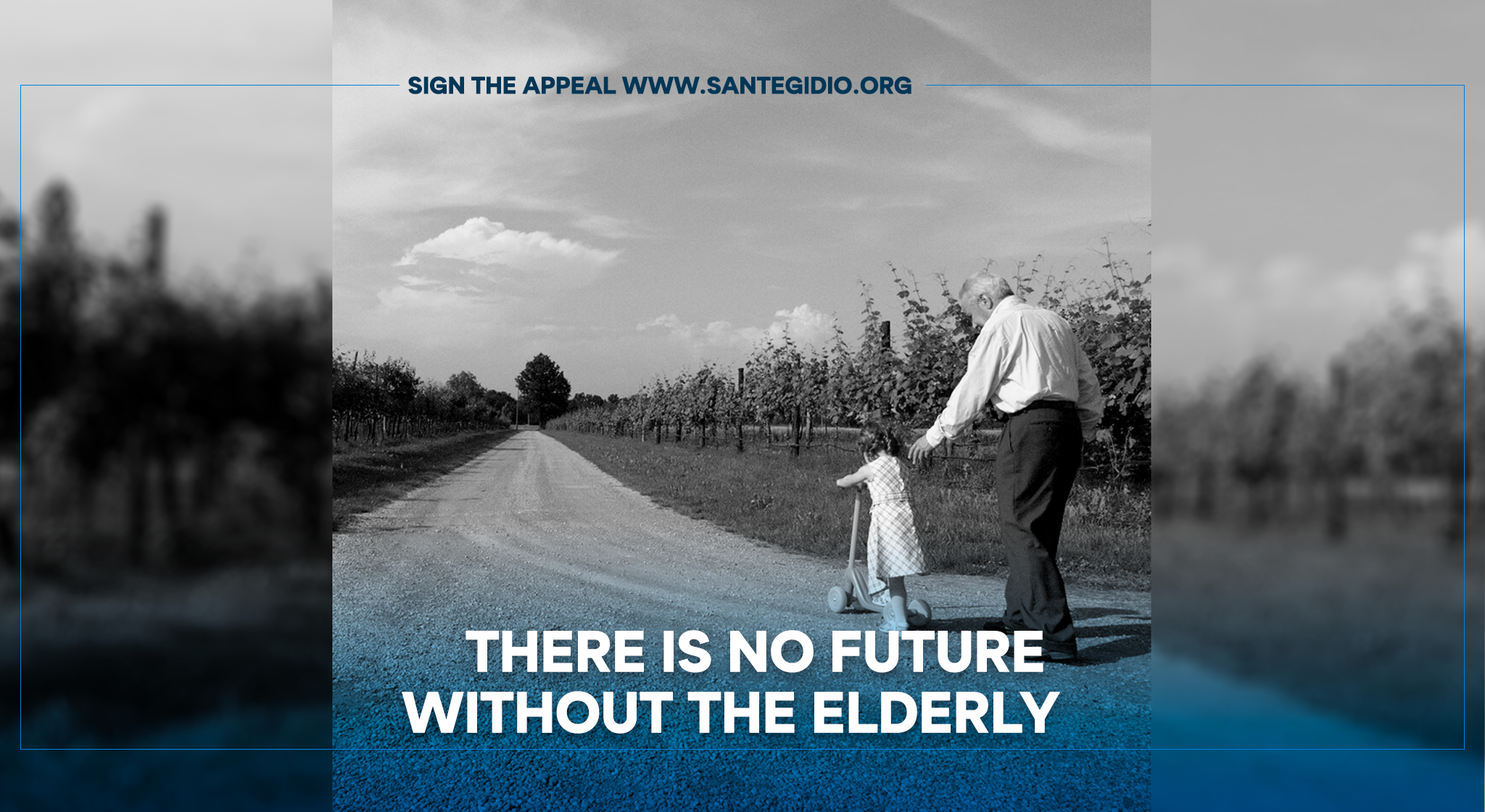