Thirty-second Sunday of Ordinary Time
Remembrance of Saint Leo the Great (†461), bishop of Rome, who led the Church through difficult times.

It also happened that seven brothers were arrested with their mother. The king tried to force them to taste some pork, which the Law forbids, by torturing them with whips and scourges. One of them, acting as spokesman for the others, said, 'What are you trying to find out from us? We are prepared to die rather than break the laws of our ancestors.' With his last breath he exclaimed, 'Cruel brute, you may discharge us from this present life, but the King of the world will raise us up, since we die for his laws, to live again for ever.' After him, they tortured the third, who on being asked for his tongue promptly thrust it out and boldly held out his hands, courageously saying, 'Heaven gave me these limbs; for the sake of his laws I have no concern for them; from him I hope to receive them again.' The king and his attendants were astounded at the young man's courage and his utter indifference to suffering. When this one was dead they subjected the fourth to the same torments and tortures. When he neared his end he cried, 'Ours is the better choice, to meet death at men's hands, yet relying on God's promise that we shall be raised up by him; whereas for you there can be no resurrection to new life.'

O Lord, hide me in the shadow of your wings.

Lord, hear a cause that is just,
pay heed to my cry.

Turn your ear to my prayer :
no deceit is on my lips.

From you may my judgement come forth.
Your eyes discern the truth.

You search my heart, you visit me by night.
You test me and you find in me no wrong.

My words are not sinful
as are men's words.

I kept from violence
because of your word,

I kept my feet firmly in your paths;
there was no faltering in my steps.

I am here and I call, you will hear me, O God.
Turn your ear to me; hear my words.

Display your great love, you whose right hand saves
your friends from those who rebel against them.

Guard me as the apple of your eye.
Hide me in the shadow of your wings

From the violent attack of the wicked
My foes encircle me with deadly intent.

They advance against me, and now they surround me.
Their eyes are watching to strike me to the ground

As though they were lions ready to claw
or like some young lion crouched in hiding.

Lord arise, confront them, strike them down!
Let your sword rescue my soul from the wicked;

Let your hand, O Lord, rescue me from men,
from men whose reward is in this present life.

You give them their fill of your treasures;
they rejoice in abundance of offspring
and leave their wealth to their children.

As for me, in my justice I shall see your face
and be filled, when I awake, with the sight of your glory.

May our Lord Jesus Christ himself, and God our Father who has given us his love and, through his grace, such ceaseless encouragement and such sure hope, encourage you and strengthen you in every good word and deed. Finally, brothers, pray for us that the Lord's message may spread quickly, and be received with honour as it was among you; and pray that we may be preserved from bigoted and evil people, for not everyone has faith. You can rely on the Lord, who will give you strength and guard you from the evil One, and we, in the Lord, have every confidence in you, that you are doing and will go on doing all that we tell you. May the Lord turn your hearts towards the love of God and the perseverance of Christ.

Some Sadducees -- those who argue that there is no resurrection -- approached him and they put this question to him, 'Master, Moses prescribed for us, if a man's married brother dies childless, the man must marry the widow to raise up children for his brother. Well then, there were seven brothers; the first, having married a wife, died childless. The second and then the third married the widow. And the same with all seven, they died leaving no children. Finally the woman herself died. Now, at the resurrection, whose wife will she be, since she had been married to all seven?' Jesus replied, 'The children of this world take wives and husbands, but those who are judged worthy of a place in the other world and in the resurrection from the dead do not marry because they can no longer die, for they are the same as the angels, and being children of the resurrection they are children of God. And Moses himself implies that the dead rise again, in the passage about the bush where he calls the Lord the God of Abraham, the God of Isaac and the God of Jacob. Now he is God, not of the dead, but of the living; for to him everyone is alive.'

After the feast of the saints and the memory of all those who died (they are two aspects of the same memory), this Sunday's liturgy still insists on the mystery of life beyond death. There is no doubt that the question about the afterlife is one of those issues that crosses deeply the whole human story. The Sadducees, a religious intellectual movement, had solved the problem by denying the reality of resurrection from the dead. Moreover, on this issue, the Old Testament had reached a certainty only very late (it will appear clear in the book of the Maccabees, as we read in the first reading). The Gospel episode (Lk 20:27-38) refers to the discussion in which the Sadducees try to prove to Jesus that faith in the resurrection of the dead, shared also by the Pharisees, is unacceptable because it leads to ridiculous consequences. And they bring the hypothetical case of a woman who, according to the law of the levirate established by Moses, had to marry seven brothers, one after the other, without anyone having given her a son. In the end, the woman also dies. "In the resurrection, therefore, whose wife will the woman be?" (see v. 33) - ask the Sadducees to Jesus. It is a question that cannot be answered because it does not accept going beyond what a material vision of life is. The apostle Paul writes: "For now we see in a mirror, dimly, but then we will see face to face" (1 Cor 13:12). If I had to find an example to try to express the relationship between our world and the eternal one, I would take the child's life inside the mother's womb and his life when he comes out of the mother. What can the child understand while he is in the maternal womb of life outside? Almost nothing. Similarly, what can we say about life beyond death? Nothing, if the Word of God did not in our help. Well, in the answer to the Sadducees Jesus parts the veil a little: "Those who belong to this age marry and are given in marriage; but those who are considered worthy of a place in that age and in the resurrection from the dead neither marry nor are given in marriage. Indeed they cannot die any more, because they are like angels and are children of God, being children of the resurrection" (vv. 34-36). 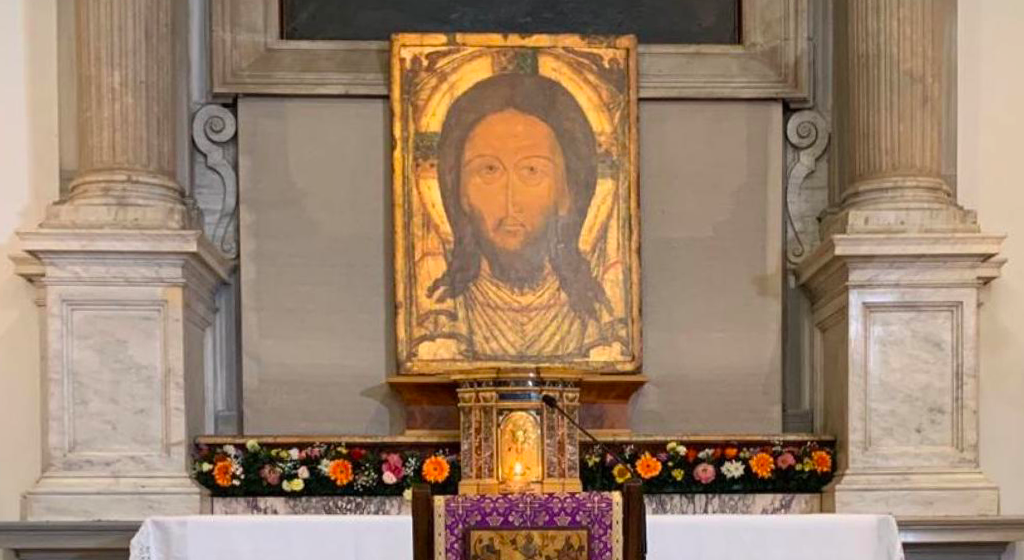