MENU MOBILE
HOME > NEWS > THE “SCHOOL OF PEACE” FOR CHILDREN, REFUGEES FROM SOUTH SUDAN IS BECOMING BETTER AND ENHANCED
PreviousNext

The “School of Peace” for children, refugees from South Sudan is becoming better and enhanced

A great feast took place in Nyumanzi Refugees Settlement, near Adjumani, North Uganda for the inauguration of a new classroom block built by the Community of Sant’Egidio together with Arua Diocese. 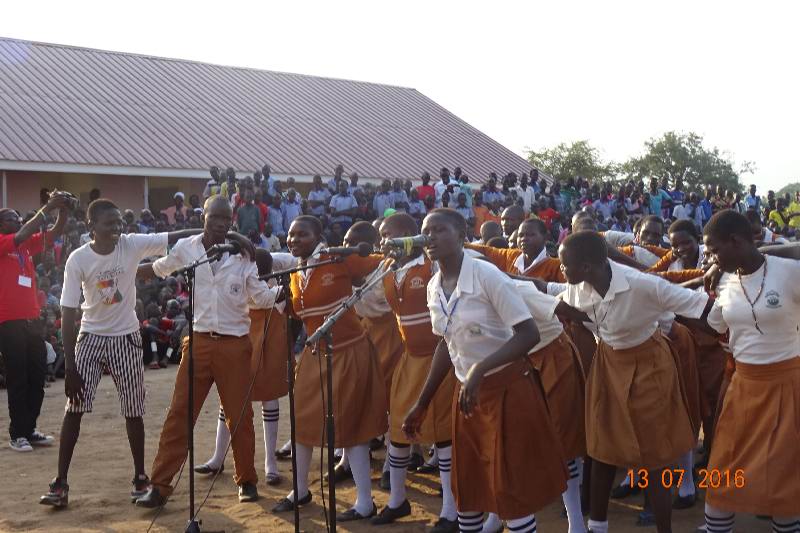 The primary “School of Peace” is growing and becoming more beautiful. It was opened in Nyumanzi Refugees Settlement, near Adjumani, North Uganda a little more than two years ago thanks to the commitment of the Community of Sant'Egidio and Arua Diocese.

The construction of a new classroom block has been finally completed thanks to the contribution of those who supported this School for children, refugees from South Sudan. These days the Holy See Nuncio, Msgr. Michael August Blume, and the Bishop of Arua, Sabino Odoki have blessed and inaugurated this new classroom block when they visited the School. 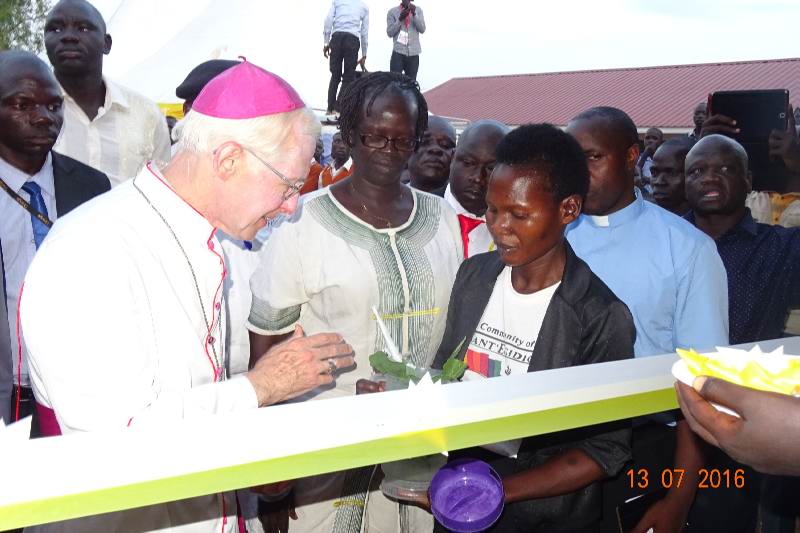 The Nuncio after the blessing of the new classes brought aid to families and planted a tree in the compound where the new classrooms are placed.

Students and families, during the celebration, have stressed the importance of having a better school, beautiful, which is the real guarantee of a better future for people who were forced to leave their land and their homes because of violence and war in South Sudan.

John Kennedy Anyama of the Community of Sant'Egidio in Uganda emphasized the importance of being close to the people of South Sudan, who are suffering a lot since the beginning of the clashes and violence at the end of 2013. The school is a concrete way to show solidarity with refugees, especially children and women.

Read more about the School of Peace di Nyumanzi >>

November 30, Cities for Life Day. International webinar “No Justice without Life” at 5.30pm

France: meeting at Palazzo Farnese with President Macron
read everything
Subscribe to the newsletter