On the night of June 1st,  bishop Leon Lemmens, auxiliary of Malines-Bruxelles, passed away at the age of 63, following a serious illness. He was surrounded by friends of the Community.

During his studies in Rome in the 70s, Leon met the Community and began serving the poor and celebrating the liturgy in the Roman periphery, first in the area of Trullo, then in Serpentara.
Back in Belgium, in his diocese of Hasselt, in addition to his diocesan engagement, he worked with the Community for Peace and Interreligious Dialogue, in Africa and Indonesia.
Between 2004 and 2011 he returned to Rome, where he worked in the Oriental Church Congregation, then he became rector of the Romanian Seminary first, and then of the Seminary of the Missionary Priesthood Fraternity of Sant'Egidio. In these years he always continued his  pastoral engagement in the Roman periphery and his service with the poor. 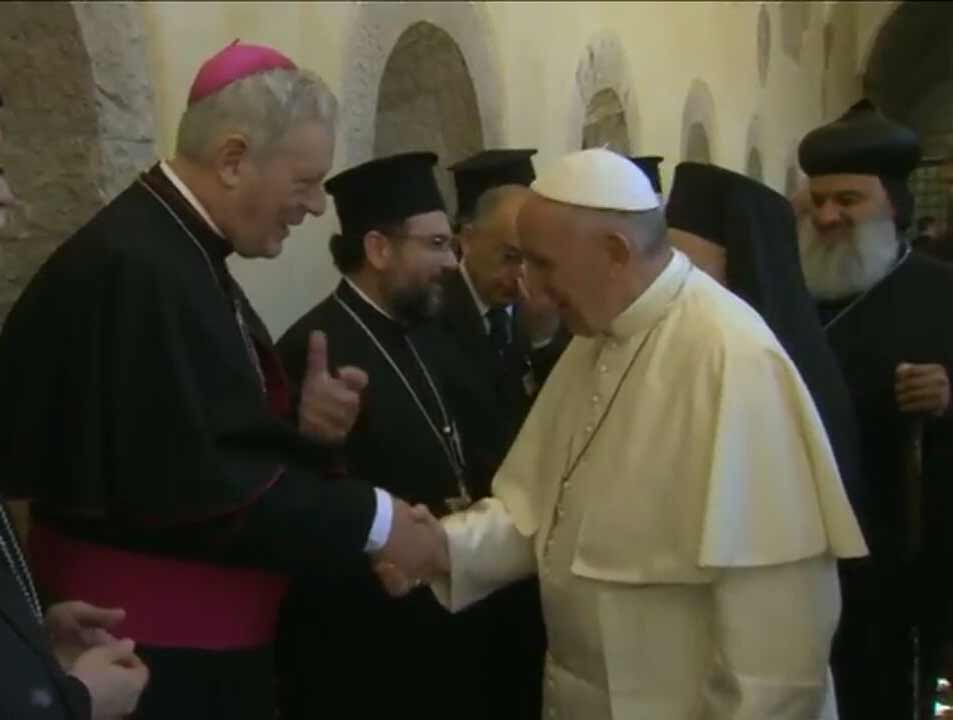 In 2011, Pope Benedict XVI appointed him as auxiliary bishop to the diocese of Malines-Brussels, a task that he lived with passion and enthusiasm. Bishop Leon had always a universal view on the life of the Church: he has traveled to many countries and last summer went to Goma in Kivu to preach spiritual exercises to the clergy. On that occasion he went to the tomb of Floribert Bwuana Chiu, a martyr of corruption. In September 2016 he attended the Meeting of Prayer for Peace in Assisi, where he had the opportunity to greet Pope Francis and accompany Patriarch Bartholomew.

His joyful warm and  friendly attitude, always ready to listen and to dialogue, his loyalty to friendship has made him so dear to many. During the months of the illness, that he faced with patience and faith, he has always been accompanied by the love of his friends and family.
Today, the Community of Sant'Egidio, in the sadness of his passing, joins in the prayer with all those who have loved and sustained him in these years, in the memory of a good and generous pastor, a sincere Christian, with his heart always open to the world, friend of the Gospel and of the poor.