"Beauty heals!" Pope Francis opens a new house for the homeless near the colonnade of St. Peter's

On the eve of the 3rd World Day of the Poor, in the afternoon of today, 15 November 2019 at 17.00h, the Holy Father visited and inaugurated a new day-and-night welcoming centre in Palazzo Migliori, a few metres from the Colonnade of St. Peter's. The new center has been entrusted to the Almoner of His Holiness and is operated by the Community of Sant'Egidio.
Pope Francis was welcomed at the entrance by the Almoner, Cardinal Konrad Krajewski, by Mons Nunzio Galantino, President of the APAS, by Prof. Andrea Riccardi and Prof. Marco Impagliazzo, founder and president of the Community of Sant’Egidio.
After a brief visit to the first floor, which is used for reception during daytime and has some modern frescoes, the Holy Father went to the Centre's chapel at the second floor that has been dedicated to Saint George. While contemplating the environment, the Pope commented: "Beauty heals!"

He then visited the fourth floor dedicated to housing and the rooms used as a refectory on the third floor, where he sat down with some of the people residing in the centre and with the volunteers. Among those there were some who had lived in the streets and have now found work and a stable roof above their heads, who are volunteering in the structure. In the course of the conversation with them, Pope Francis talked about the 'culture of discarding' and the need to recover a sense of responsiblity towards the poorest.
He listened to the story of the volunteers who have for many years been bringing dinner to those who live in the streets and about the difficulties to organise their funerals. Finally he recalled how, when he was a young man, it was customary to leave a plate ready during meals, particularly on holidays, for those who are in need, emphasizing the need to "educate the youth in compassion."

THE PLACE
The structure is located at a few metres from the Colonnade of Piazza San Pietro, occupies an entire four-storey building (almost 2.000 square metres) and is owned by the Vatican in an extraterritorial zone. After a female religious congregation, that had been using it until a few months ago, had left the building empty Pope Francis wanted to dedicate it to this work of charity for those who are in need and difficulties. Therefore, the Administration of the Patrimony of the Apostolic See entrusted the building to be used by the Papal Almoner and it will be operated by the Community of Sant’Egidio.

The new day-and-night welcoming centre, named Palazzo Migliori, carries the name of the family that owned the building and sold it to the Holy See in 1930. The building was constructed in the early 1800s with an elegant and noble interior and is equipped with an elevator, allowing access to the elderly and disabled persons. On the second floor, there is a large Chapel, reserved for the personal and community prayer of the volunteers and guests.

The sleeping rooms on the fourth and fifth floor accomodate up to 50 people, both men and women. A number than may be increased during periods of emergency due to the cold. The guests who stay during the night are able to enjoy both breakfast and dinner, prepared in the refectory on the third floor. Thanks to a group of volunteers and permanent Deacons of the Roman Diocese, the well equipped kitchen in the centre can serve over 250 hot meals that are already for a number of years distributed in the evenings to the poor in the major railway stations of the city: Termini, Tiburtina and Ostiense.

The first and second floor wil also be used for a day service, permanently operated by volunteers, with rooms for listening and interviews, for the use of computers, for reading and recreation and for other educational and cultural activities. All works, carried out by a group of homeless and specialised firms, were monitored and financed by de Apostolic Almoner through the offers that come from the distribution of parchments with the Papal blessing and through the generous contributions of private persons. In addition, the Almoner, together with the Community of Sant'Egidio, is committed to the economic support of all the activities in the Centre. 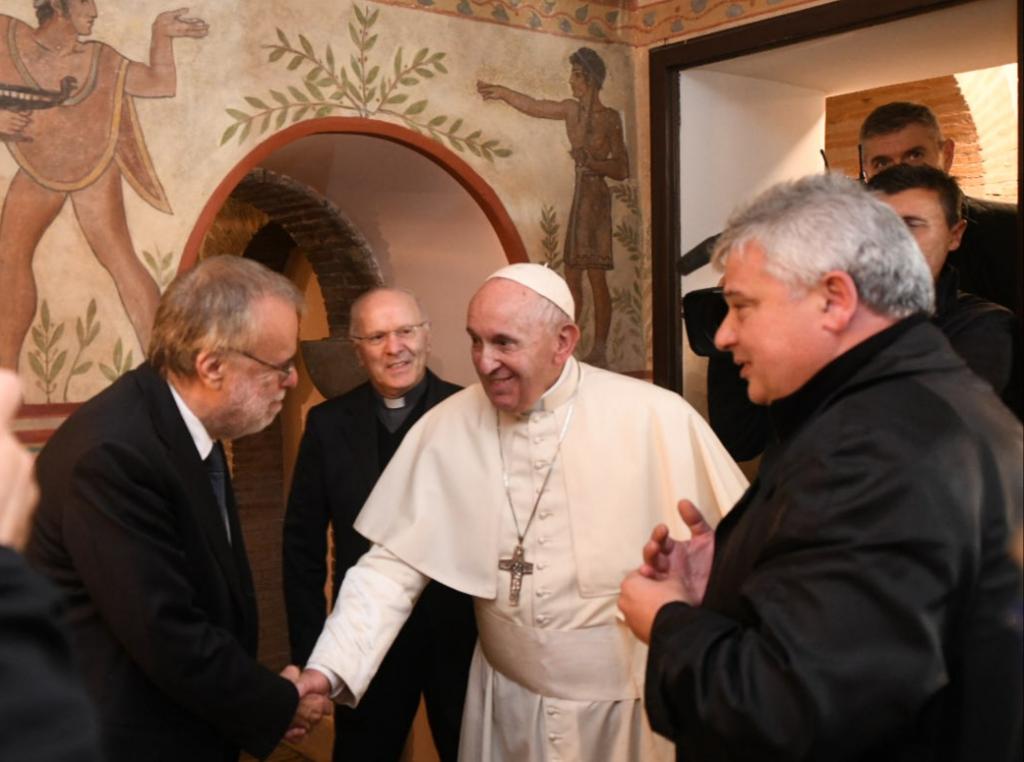 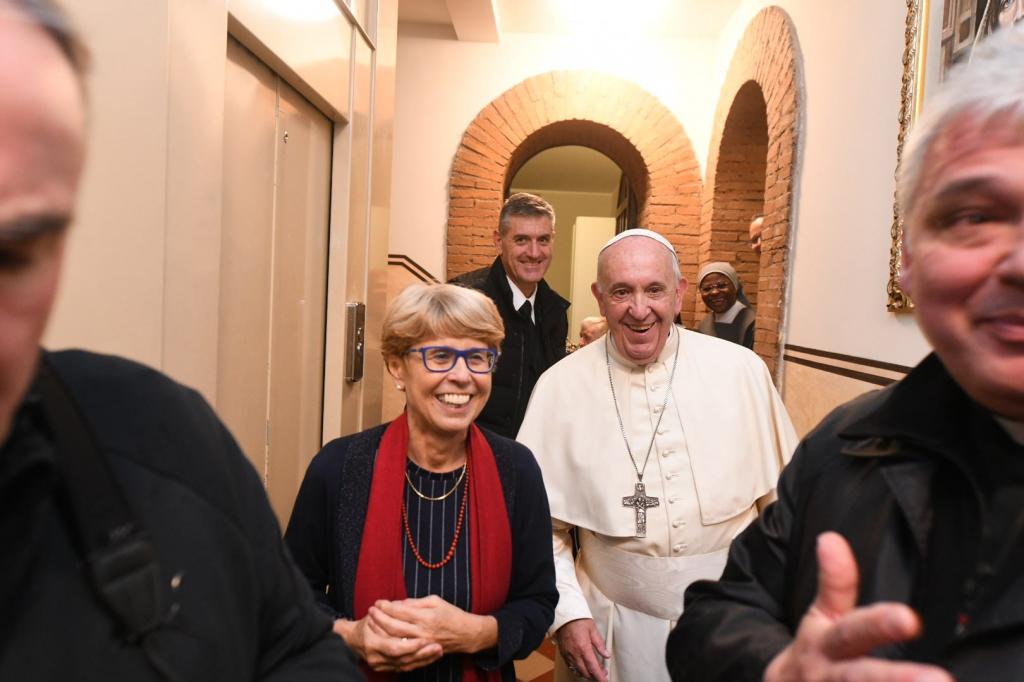 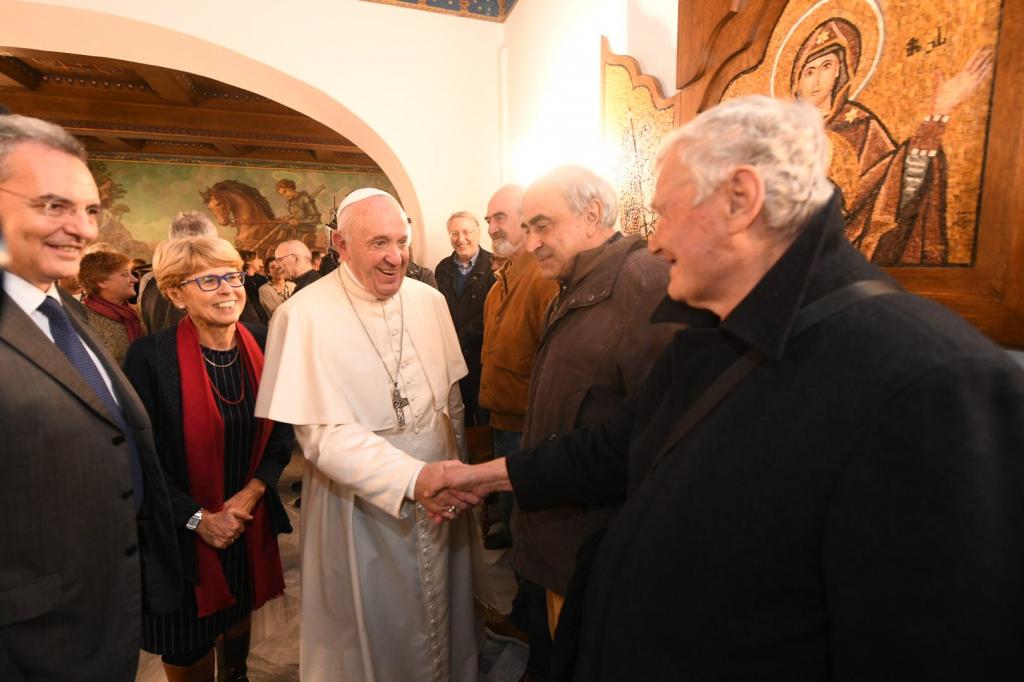 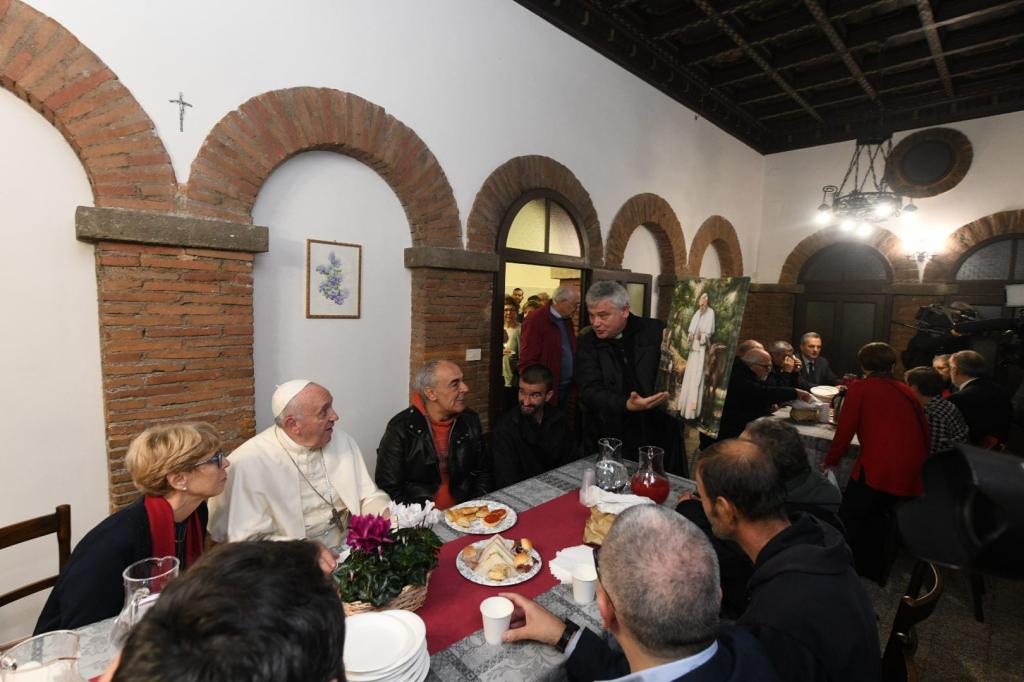 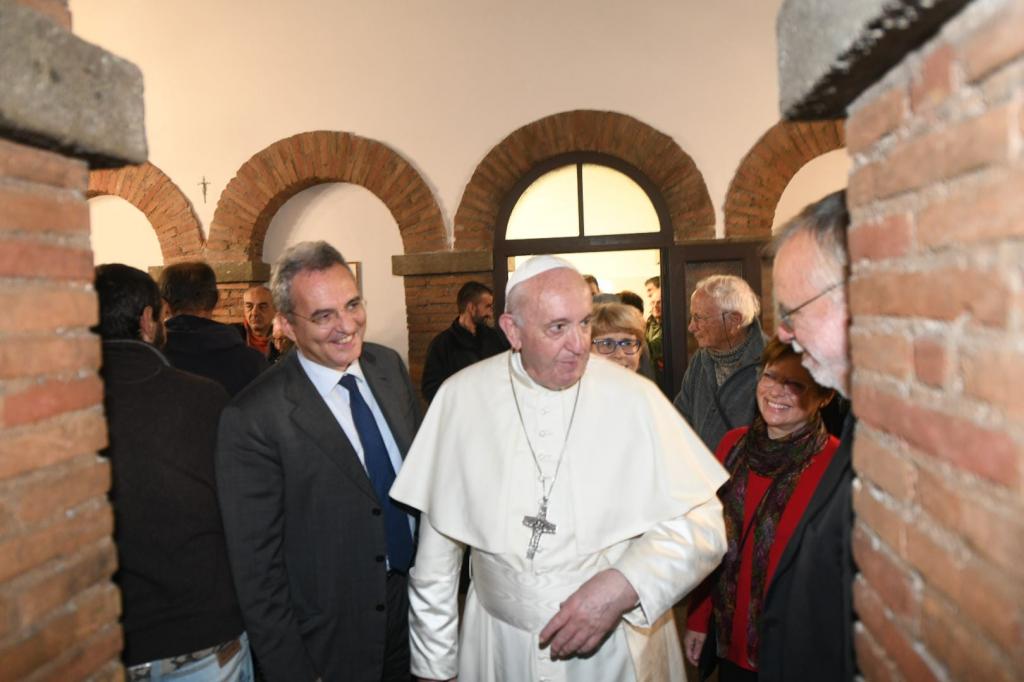 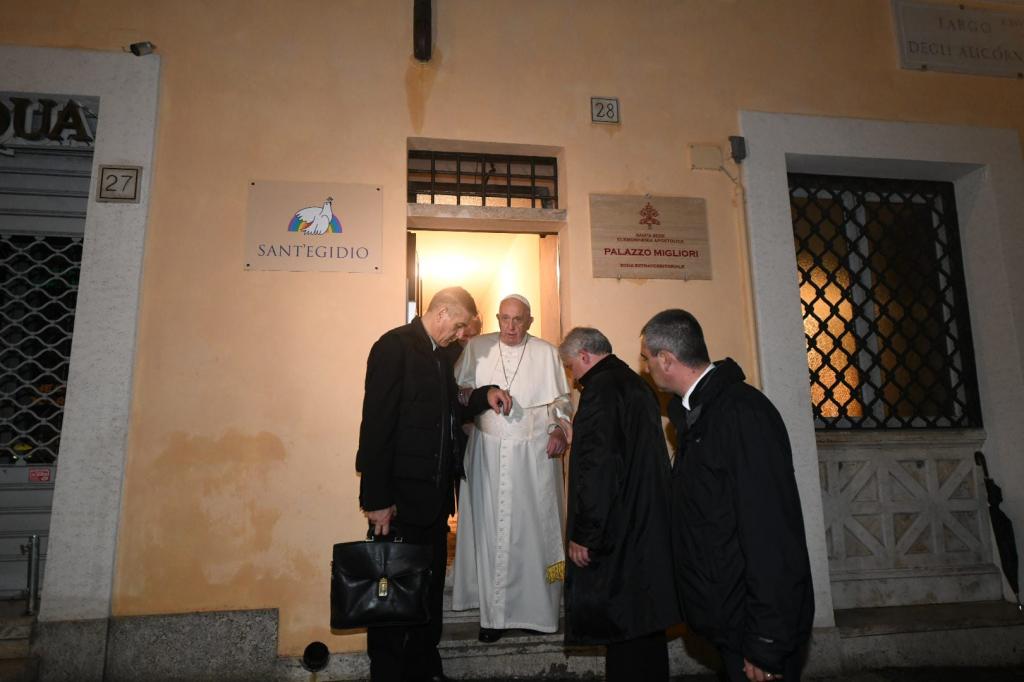 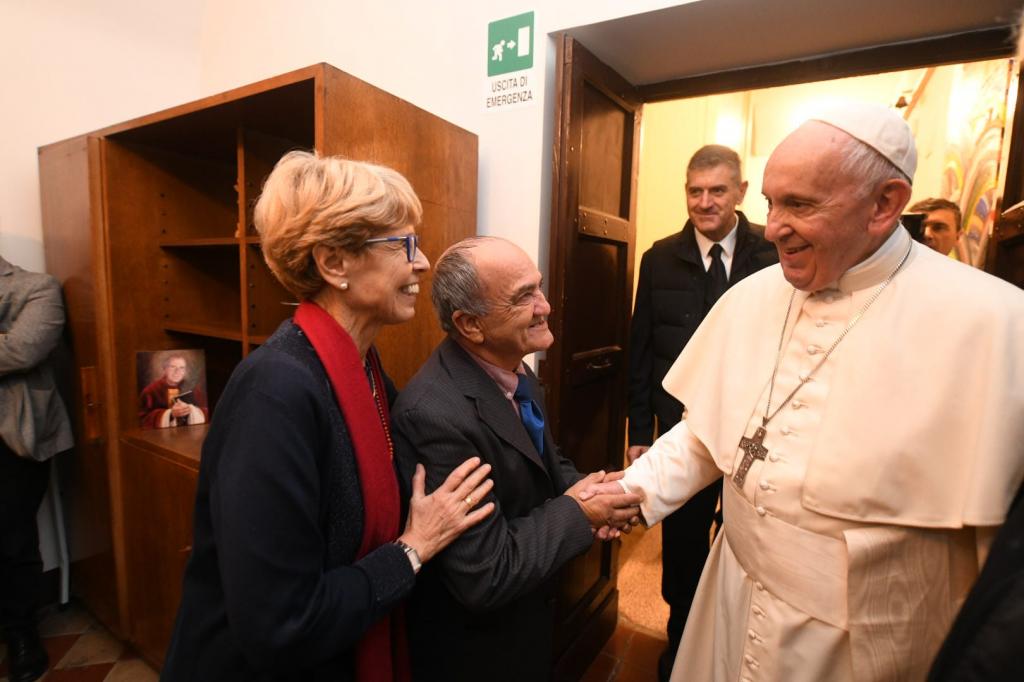 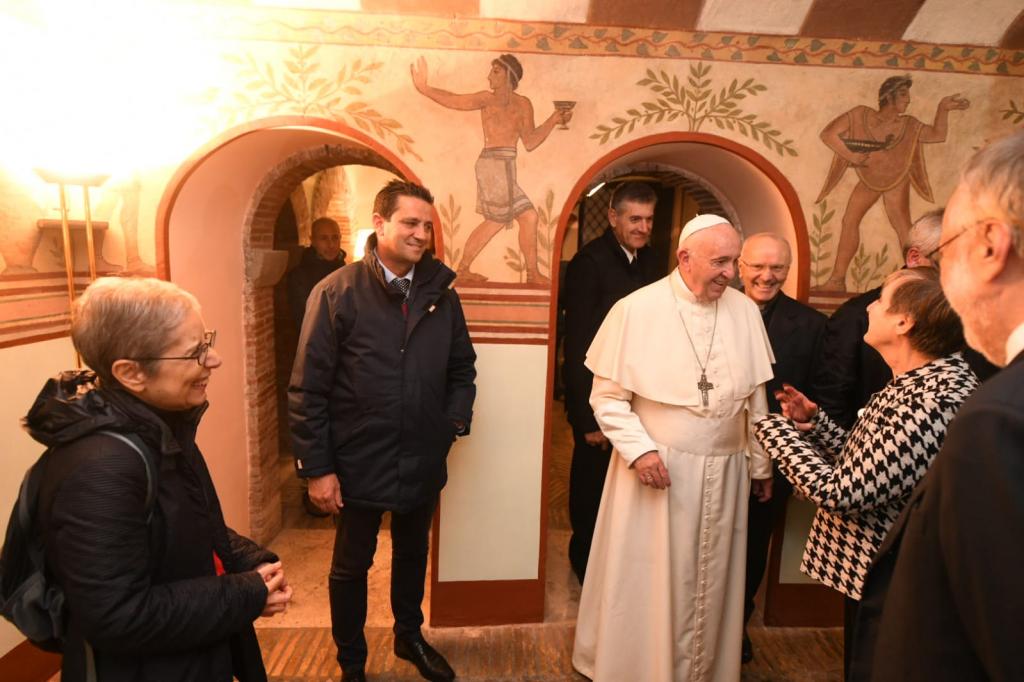 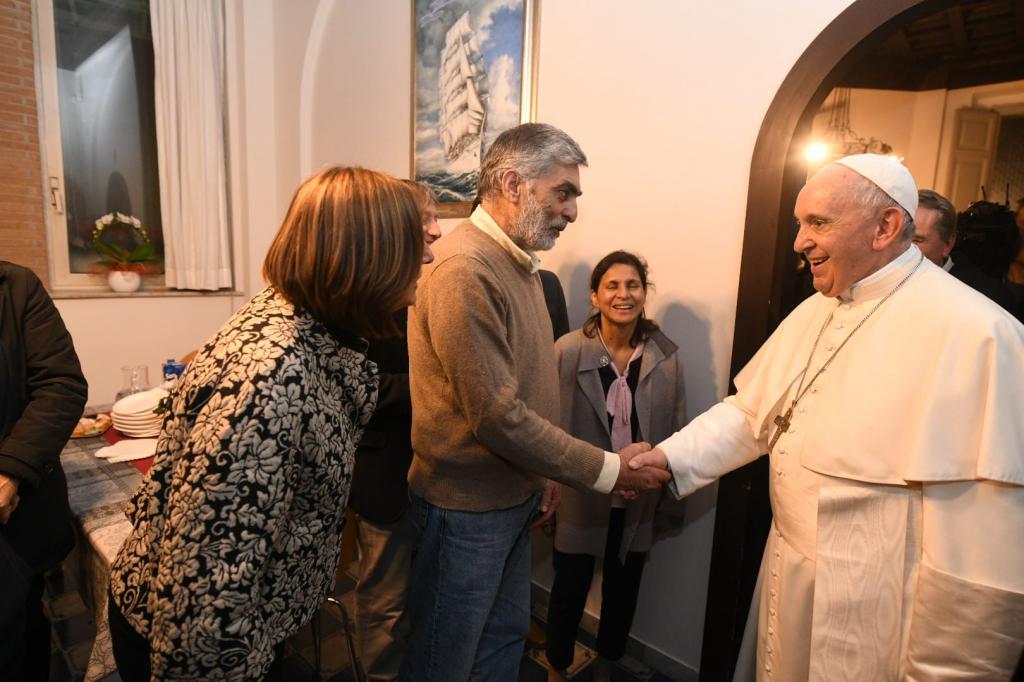 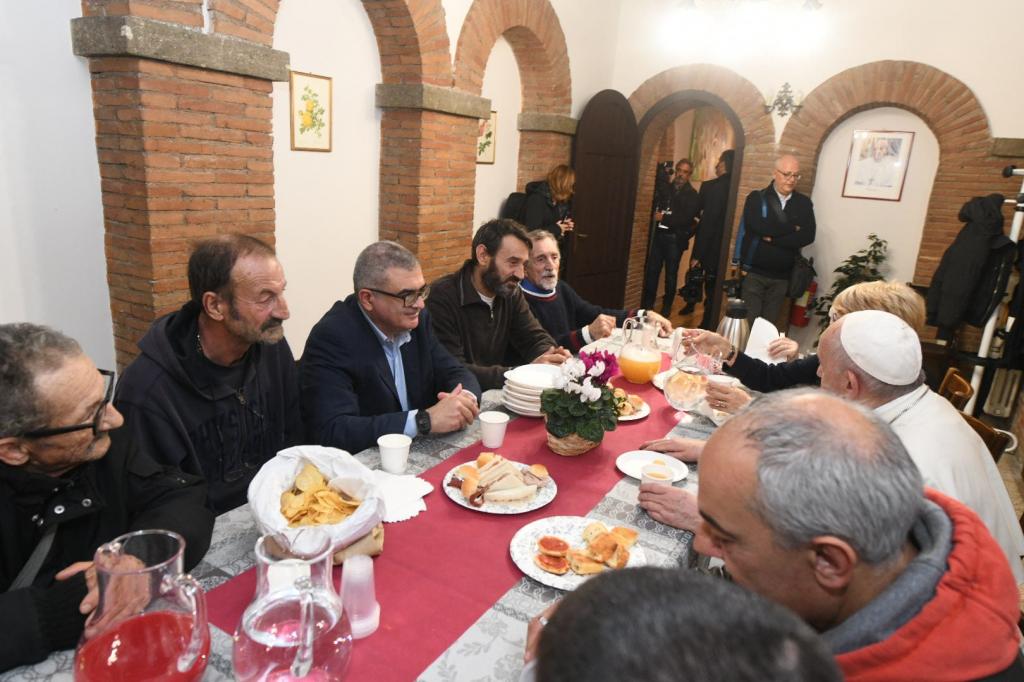 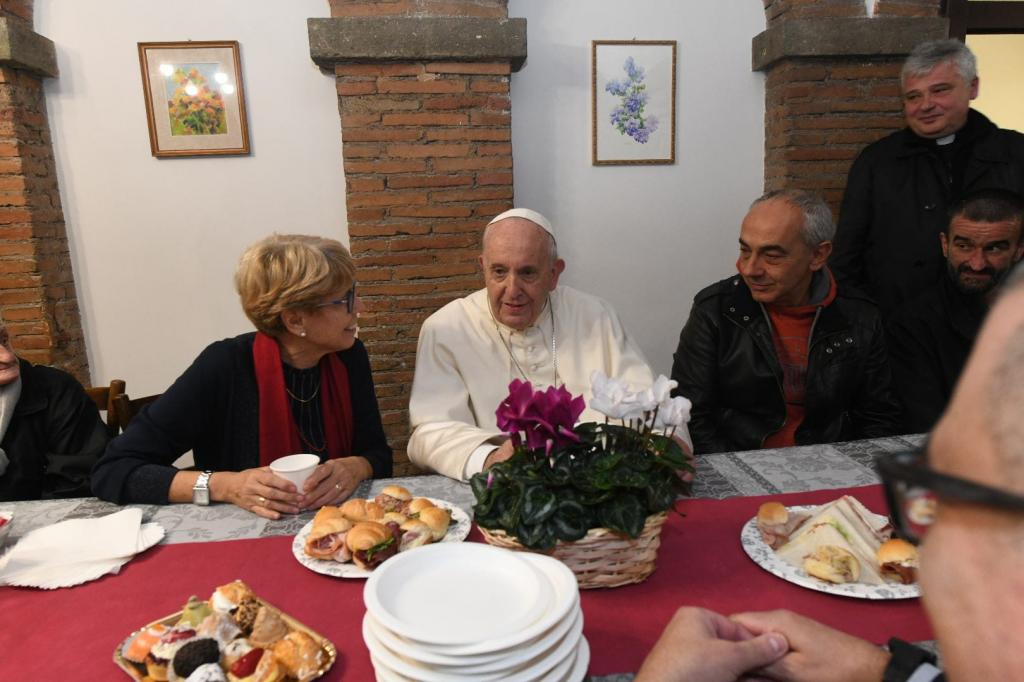 "The true believer has the courage of peace". At the Interfaith Conference for Peace in Islamabad, Andrea Riccardi is awarded for his commitment for interreligious dialogue

Memory of the Poor, livestream at 8 p.m. (CEST)
read everything
Subscribe to the newsletter