MENU MOBILE
HOME > NEWS > "SOLIDARITY IS OUR WAY OF RESPONDING TO WAR". ANDREA RICCARDI IN WARSAW MEETS COMMUNITIES IN POLAND AND THOSE WHO HAD TO LEAVE UKRAINE
PreviousNext

"Solidarity is our way of responding to war". Andrea Riccardi in Warsaw meets Communities in Poland and those who had to leave Ukraine

After visiting the border between Slovakia and Ukraine, Andrea Riccardi went to Warsaw, where there is the largest concentration of refugees from war zones: 260,000 refugees out of a total of about two million who have entered Poland.

Indeed, the main train station is a place of transit for thousands of people waiting for the allocation of a place in the reception circuit set up by the institutions and the numerous voluntary associations active in these days. There are also numerous Ukrainian refugees in transit to other cities in Poland or to other European countries (Germany, Austria, Sweden, to name a few), who are waiting for a connection: the trains are free, but there are long waiting times due to the extremely large number of passengers. Those who cannot get on the trains have been staying in the station for several days. The people of Sant'Egidio - including many young people who have joined in recent days - visit the station every day to offer any possible help needed, they know them well. Many of them are Roma families from eastern Ukraine, who have been living in houses in Kiev for years. Andrea Riccardi met them, expressing the Community's friendship with these people, poor among the poor.

Riccardi also visited one of the reception centres in the capital. Since the outbreak of the war, the Community has been meeting Ukrainian families in these centres, offering them more stable accommodation in flats made available by benefactors or rented out, but also the possibility of going to Italy and being welcomed there by the many people who have approached the Community in recent days, making their homes available.

One of the most moving encounters was the one with Nelly, an elderly woman living alone in a small town near the Zaporizhzhia nuclear power plant, which was heavily bombed last week. She had difficulty getting into the shelter because she has leg problems. Her daughter and granddaughter, living in Bologna, convinced her to leave, even though she was alone and in poor health. When Nelly was giving up hope, at the Polish border, thanks to a contact with the Community of Rome, people from Warsaw found her at the train station and took her to the House of the Sisters, two former homeless women who took care of her. To Andrea Riccardi, who met her just before she left for Italy, she said she still had the terrible sounds of sirens and bombing, but that she met angels on his journey.

At the end of the visit, on Sunday morning there was a meeting of the Community of Poland together with the friends of the Communities of Sant'Egidio from Ukraine who had to leave their country and are now hosted in Warsaw. Andrea Riccardi defined it as "a small yet great European meeting, which spiritually embraces the whole world". He encouraged everyone to respond with boldness, care and maturity to the new challenges of this time of great suffering, continuing to pray and work for peace. "Solidarity," he said, "is our way of responding to war". 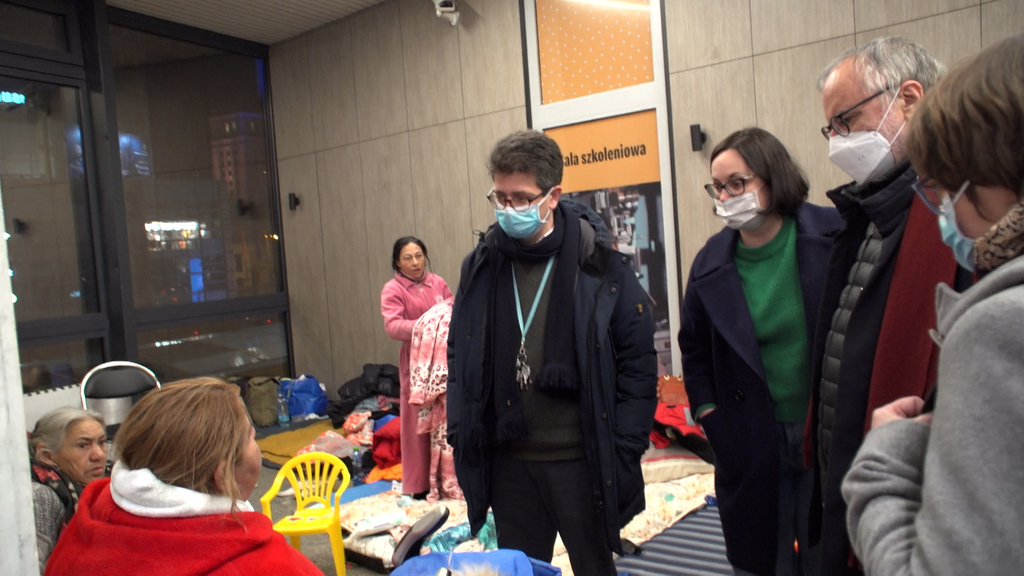 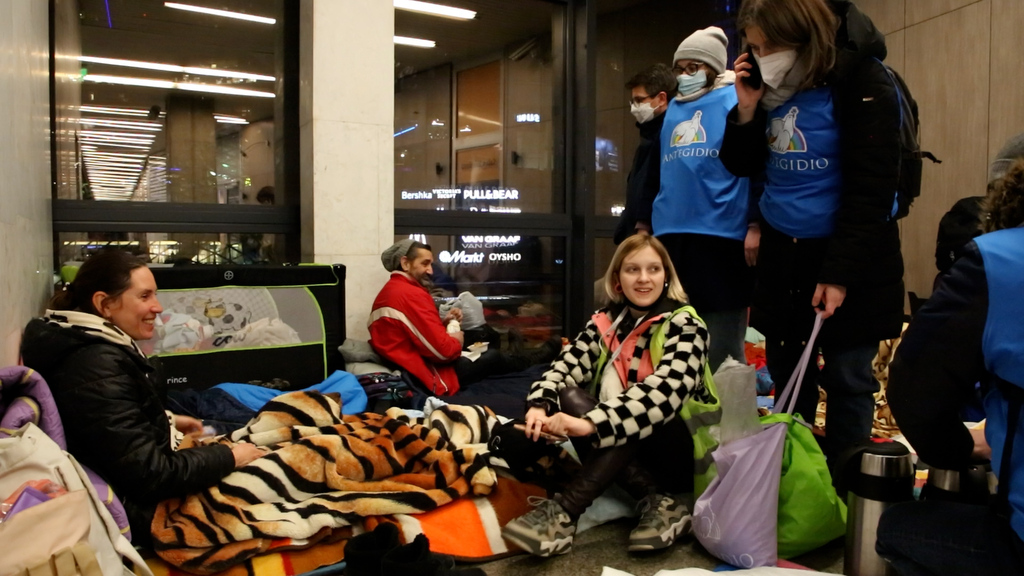