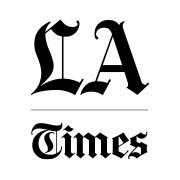 
When Pope Francis declared the death penalty “inadmissible” last week, he codified a profound recognition that capital punishment is a vestige of a barbarous past.
Predictably, Catholic proponents of the death penalty are arguing that his move is just another reckless act by a pope who is careless with doctrine and heedless of the need for continuity in church teaching.
But in fact, by ruling out capital punishment, Francis simply brought to fruition a change that had been percolating in the church for decades. His position is particularly in line with that of the two popes who preceded him.
A strong opposition to violence marked the first three centuries of Christian life. Athenagoras of Athens, Hippolytus of Rome and Tertullian of Carthage all held that violence went against the teachings of Jesus. Many early Christians refused to serve in the Roman army for the same reason, and some were executed for their refusal.
In the 4th century, however, the Roman Catholic tradition started supporting the death penalty. St. Augustine, who lived in the 5th century, viewed it as a part of war, consistent with the military obligations of a state in wartime. St. Thomas Aquinas, in the 12th century, saw it as a legitimate means of safeguarding society from dangerous criminals.
This position began to shift in the 1960s. Pope Paul VI removed capital punishment from the fundamental law of the Vatican in 1969. A few years later, he asked the Spanish dictator Gen. Francisco Franco to commute the death sentences of five convicted Basque terrorists.
It was Pope John Paul II, elected in 1978, who really began urging an end to the practice, calling it “cruel and unnecessary.” He sponsored efforts to reduce its use around the world and instructed papal representatives to oppose executions in particular countries.
When the Catholic Church first published the current catechism, in 1992, during John Paul’s pontificate, it affirmed a preference for “bloodless” penalties but allowed for the death penalty “in cases of extreme gravity.”
The church then revised the catechism five years later, amending its position on capital punishment into a near-refusal and stating that cases in which criminals should be deprived of redemption “are very rare, if not practically nonexistent.”
Pope Benedict XVI made the church’s opposition even firmer, vowing to abolish the death penalty and urging justice ministers to support efforts to eliminate it around the world.
When Pope Francis was elected in 2013, he did not bring a more extreme position to the Vatican so much as a more outspoken one. He did, however, bring a greater emphasis on the idea of mercy, especially when it came to the church’s involvement in worldly affairs.
To Francis, as he has put it, “mercy is the justice of God.” Accordingly, he views the church as a bearer of mercy rather than of justice or judgment exclusively. He even called a rare Extraordinary Jubilee Year in 2015 to focus on the issue of mercy, inviting Catholics and the world at large to both seek mercy from others and show mercy to others.
His changes to the catechism are an extension of this emphasis on mercy. The new text begins by spelling out the church’s past rationale for capital punishment: “Recourse to the death penalty on the part of legitimate authority, following a fair trial, was long considered an appropriate response to the gravity of certain crimes and an acceptable, albeit extreme, means of safeguarding the common good.”
It then states that this old reasoning is flawed, because “the dignity of the person is not lost even after the commission of very serious crimes.” It adds: “More effective systems of detention have been developed, which ensure the due protection of citizens but, at the same time, do not definitively deprive the guilty of the possibility of redemption.”
The teaching concludes: “[T]he death penalty is inadmissible because it is an attack on the inviolability and dignity of the person and [the church] works with determination for its abolition worldwide.”
Francis did not make a radical break with the teachings of his predecessors. Rather, he did away with the idea that there is that “very rare” instance in which the execution of a criminal is sanctioned. Whatever their misdeeds, a criminal remains a person — and therefore capable of remorse, a conversion of heart and redemption.
The church’s position is now consistent with the global movement to abolish the death penalty. More than 140 countries have eliminated it or stopped executions by legal or de facto moratoriums. The countries that do continue to allow the practice — including Saudi Arabia, Iran, North Korea and, yes, the United States — are exceptions.
Capital punishment is not justice. It is a vendetta, one that makes killers of those who inflict it. By eliminating the death penalty, Pope Francis has set a standard for Catholics and the rest of the world, offering a model for justice that is tempered by mercy, always and in every instance.

Mario Marazziti is the author of “13 Ways of Looking at the Death Penalty” and coordinator of the global anti-death penalty campaign of the Community of Sant’Egidio, a Catholic organization in Rome.

KINSHASA, DEMOCRATIC REPUBLIC OF THE CONGO

Congo, Pope Francis meets DREAM activists and representatives of Sant'Egidio of Kinshasa and Kivu. The voice of the children of the School of Peace

Refugees, more arrivals from Lebanon with the humanitarian corridors of Sant'Egidio and Protestant Churches
read everything
Subscribe to the newsletter