MENU MOBILE
HOME > NEWS > FEDERICA MOGHERINI AT SANT'EGIDIO: THE SPIRIT WITH WHICH THE COMMUNITY DIALOGUES WITH ALL IS A VALUE FOR EUROPE
PreviousNext

Federica Mogherini at Sant'Egidio: the spirit with which the Community dialogues with all is a value for Europe

The declaration at the end of the meeting of the European High Representative for Foreign Affairs with Andrea Riccardi, Marco Impagliazzo and a delegation of the Community 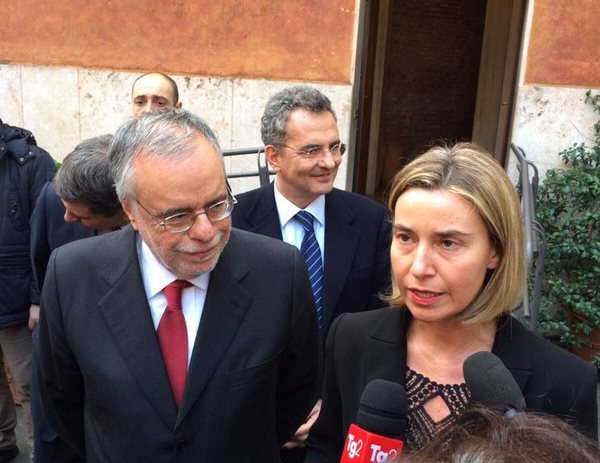 Federica Mogherini, EU High Representative for Foreign Affairs and Security  Policy, met today at the headquarters of Trastevere, Andrea Riccardi, Marco Impagliazzo along with some leaders of the Community.  Different topics were discussed during the talks: the opening of humanitarian corridors from Lebanon and Morocco, which will allow thousands of refugees to reach Italy on safe travels, and work for peace done by Sant'Egidio in different parts of the world : from Africa to the Middle East, with particular attention to the war in Syria and the difficult situation of Libya.  After the meeting, Federica Mogherini noted: "The spirit with which Sant'Egidio works in the world is exactly the spirit of European diplomacy: talking to everyone, trying to find solutions to unresolved conflicts, facilitating mediation and opening all possible channels. For this Sant'Egidio is a fundamental tool of Europeans". 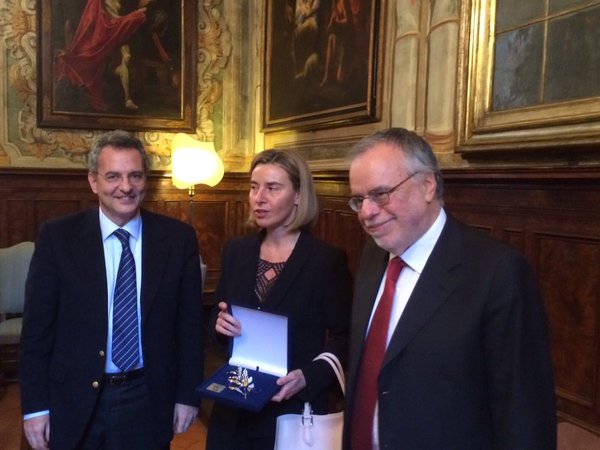 Reflecting then on Europe's role in the world, the High Representative for Foreign Affairs said: "Thinking about all the difficult, arduous and painful situations in the world, it is stupid to create or feed divisions inside us. The Europeans need to be united at this time to deal with conflicts, wars, the tragedies of refugees and terrorism. There is so much we can do only if we remain united". For Federica Mogherini, it is necessary to work "to maintain the unity that our ancestors laboriously built in times easier than this, creating a union that, from the outside, in the rest of the world, it is envied and that we Europeans sometimes underestimate".  Commenting on the issues raised in the talks with Federica Mogherini, Andrea Riccardi said: "The word dialogue is necessary as the air in this world that suffocates." For the founder of the Community of Sant'Egidio, "we are in a difficult time, when it seems legitimate to be pessimistic. Our philosophy is that it is necessary to find, through dialogue, that road that can lead to encounter, which can subtract space to violence, war and reintroduce politics."

Sant'Egidio in Copenhagen, close to the poorest who live on the streets

November 30, World Day of Cities for Life, Cities against the Death Penalty. From Rome, Colosseum. VIDEO

The Thanksgiving day in New York with the large family of Sant'Egidio: a feast with no borders
read everything
Subscribe to the newsletter