"A society that kills, discriminates, isolate and disrespect the ageing population loses its future". 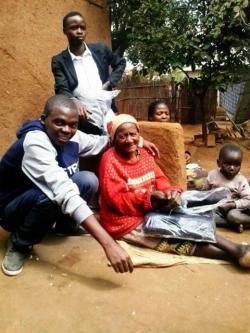 On January 26th in Neno, in Malawi, four elderly were killed in a lynching on the allegation of witchcraft, in connection with the death of a 17 year old girl struck by lightning. Similar incidents, unfortunately, are becoming more frequent, not only in Malawi but also in other African countries. The elderly are often accused of witchcraft, thus becoming targets of violence and lynchings.

The Community of Sant'egidio in Malawi has condemned this tragic incident, and issued an appeal, denouncing the violence that the elderly often suffer, and calling on the institutions and the whole civil society to mobilize in their defense, and to commit to building a society that protects and accept the most vulnerable.
In the appeal is written: "A society that kills, discriminates, isolate and disrespect the ageing population loses its future". 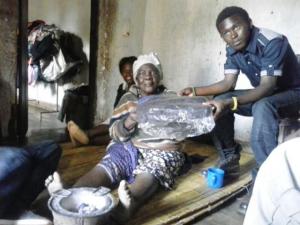 The Community of Sant'egidio, present in all districts of the country, has been engaged for years in the service to the elderly, assisting them and living with them a friendship of sharing, supporting and encouraging the meeting with the young generations.
In 2010, the Community has organized in to Lilongwe the first International Conference on the condition of the elderly in Africa entitled "Ageing in Africa: Sensitizing the Nations", which showed the need to develop a model of inclusive society, that could enhance the lives of the elderly and overcome the isolation and marginal condition in which they often live.
The appeal of Community of Sant'Egidio in Malawi
The Community of Sant Egidio strongly and unequivocally condemns the atrocious killings of four elderlies in Neno on the allegation of witchcraft. A loss of life of a 17 year old daughter by lightening led to a loss of lives of Four Elderies.  This barbaric conduct reveals the loss of consciousness of our society and clearly signifies the lack of respect for human life.
We, while demanding law enforcers to ensure that speedy justice takes its course, call upon all Malawians to re-examine our approach to the most vulnerable people. Whereas all of us are shocked by the killings of these old people, we think that we should do more to protect the ageing generation. As Pope Francis said, during his visit to the Community of Sant’Egidio in 2014, “The care given to the elderly, like that of children, is an indicator of the quality of a society.”
Indeed the elderly are a bridge between our past and present and breaths wisdom to us to take us to the future. Hence a society that kills, discriminates, isolate and disrespect the ageing population loses its future and dies as it extinguishes with the disappearance of its history.
We call upon family clans heads (‘Enimumba’), Village heads, Chiefs, Church leaders, Civil Society, Public Officers, Private community, Politicians and all Malawians of good will to stand up for the elderly and prevent such incidences on whatever basis. Comdemning the recent barbaric conducts is not enough, rather we need to take a pro-active approach to protection of not only old people, but all weakest members of our society. It is our plea that as a society that has been hit by such terror, we should pave the way for civilisation.
Finally, we call upon all citizens to fight against mob justice and to stand up for the elderly to prevent blood shed of innocent souls. Let’s all stand up for justice by eliminating mob justice of any form for any reason. Most importantly we should all remember that there is No Justice Without Life.