MENU MOBILE
HOME > NEWS > IN LESBOS AND SAMOS WHERE SOLIDARITY HAS LANDED: #SANTEGIDIOSUMMER STARTS WITH REFUGEES IN THE GREEK ISLANDS
PreviousNext

In Lesbos and Samos where solidarity has landed: #santegidiosummer starts with refugees in the Greek islands

Lesbos and Samos are not just two beautiful Greek islands. They are also the landing point for thousands of refugees - especially from Syria and Afghanistan, but also from Cameroon and Congo - arriving here after very long and difficult journeys, treasuring the hope to reach Europe. The European coast is so close and clearly visible, yet inaccessible. Refugees remain on the island for an awfully long time, facing extremely difficult and harsh living conditions.

In Lesbos - the third largest Greek island and the eighth in the Mediterranean, with almost 90,000 residents - there is an official refugee camp named Mòria, which can accommodate around 3,100 people, and another one (unofficial) next to it, with more than 4,000 refugees. About a third are children and adolescents. But almost every day, somewhere on the island, there is a new arrival and figures are constantly growing. It can be reached by going up a hill of olive trees, away from the main road where all the local traffic is. As soon as you arrive, the first thing you notice is the vast tent camp, which borders an area bounded by a barbed wire fence.

Mòria is a point of identification that should have represented a door to a new life: migrants should be identified in 48, maximum 72 hours and then be housed in reception centers. In reality they remain in Mòria for a very long time, some even for two years. What immediately strikes one entering the camp is the absolute poverty, everyone gets by as they can: entering the small tents, one is immediately struck by the heat, the toilets are the mobile ones, the garbage cans are filled to capacity. Children play on the ground and are dirty with dust. There are common fountains for washing. Almost everyone has second hand clothes.

In the much larger "informal" field, the situation is even more serious. Whether because of hygienic conditions or for the scarcity or lack of food.

Here, a few days ago, about 35 Sant’Egidio volunteers “landed”, the first of a much larger group that will take shifts until the end of August. It is an arrival of solidarity and friendship.

Sant'Egidio immediately opened "the restaurant of friendship" for the island's refugees: not far from the camps every night, from Monday to Friday, you can have dinner together. Last night about 200 "guests" from the Mòria camp they are seated at the table and were able to enjoy a delicious dinner with rice, meat and vegetables. All sitting around the tables with good food and lots of friendship.

Even in Samos, a much smaller island, the situation is not so different. There are no equipped camps and the health situation is very serious. There is no drinking water. This is why we thought of distributing "water vouchers" for the refugees for them to receive free bottles. The opening of the friendship restaurant is also being prepared in Samos. Sant’Egidio's summer has just begun! 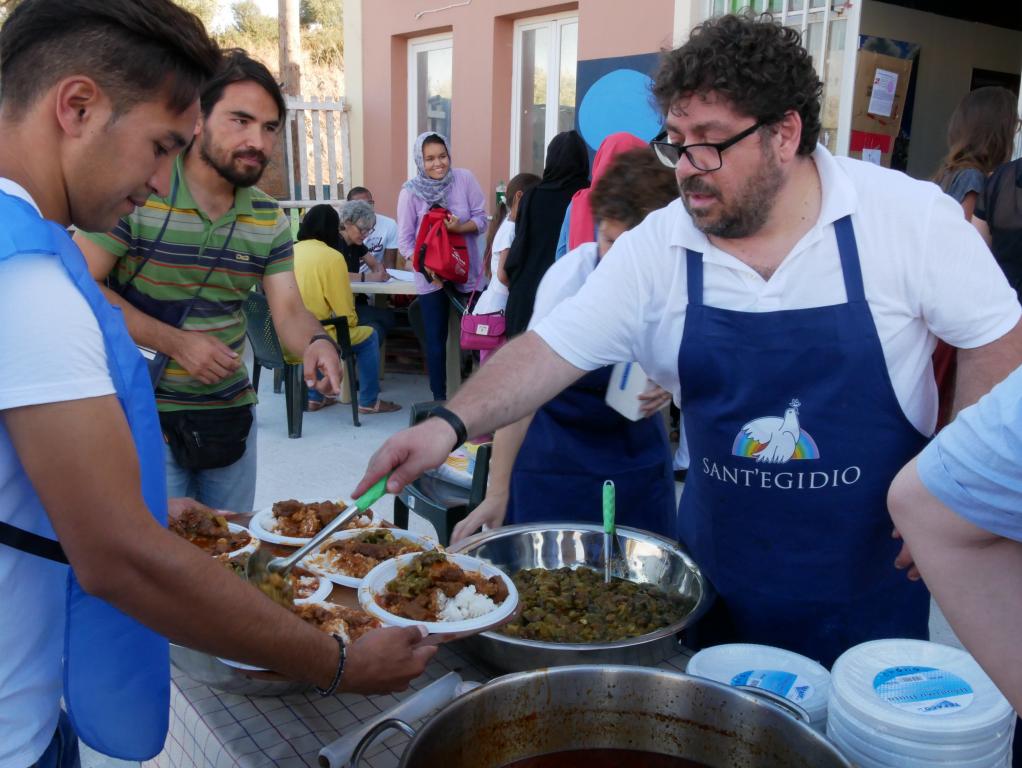 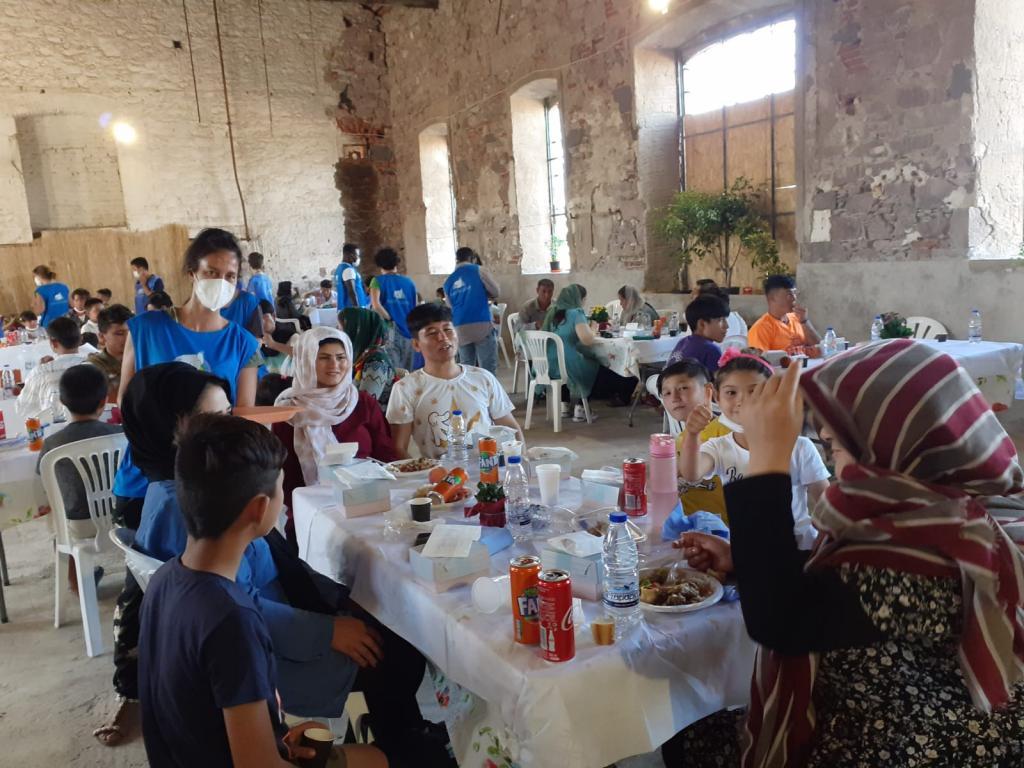 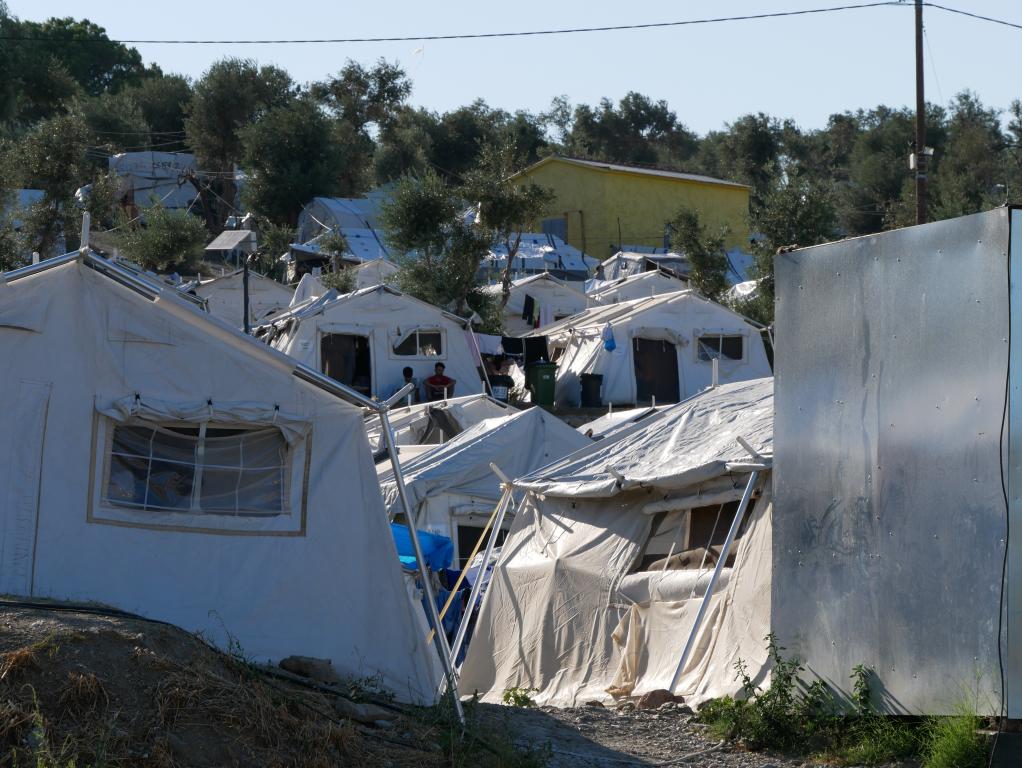 23 January, Sunday of the Word of God. A Feast with the Bible at the center

The North of Mozambique, a land that demands peace - VIDEONEWS
read everything
Subscribe to the newsletter