MENU MOBILE
HOME > NEWS > WORDS AND PHOTOS OF THE LITURGY FOR THE FEAST OF ST. EGIDIO: THE HOMILY OF CARD. MATTEO ZUPPI, THE GREETING OF MARCO IMPAGLIAZZO
PreviousNext

Words and photos of the liturgy for the feast of St. Egidio: the homily of card. Matteo Zuppi, the greeting of Marco Impagliazzo

Homily of Card. Matteo Zuppi on the occasion of the feast of Sant'Egidio

At the conclusion of the liturgy

The greeting of Marco Impagliazzo
I would like to address a special greeting to all of us in the square, to those in the Basilica and all those who are connected from all over the world for this great celebration and feast. Dear Andrea, thank you for the inspiration you give every day to the life of the Community. Dear Don Matteo, a full-titled Roman priest from Trastevere, a close collaborator of Pope Francis, teacher of this church of Sant'Egidio on this very special anniversary. We needed a celebration like this for the 1300th anniversary of the passing of Sant'Egidio but also to celebrate your first year of cardinalate, this is perhaps the true surprise! I also thank Vincenzo and Ambrogio who have concelebrated in this beautiful and solemn liturgy in which we also had permission from the government and CEI to strengthen the choir for the liturgies.

But I would especially like to thank for the many written messages I have received in so many ways, via social media, and personally. It is really an emotion to be here and ideally embrace all our Communities, a large family of communities, as Don Matteo said. The memory of Sant'Egidio, a memory that has been connected for centuries to a man and then to a sanctuary, like the most famous in the south of France, a hermitage, a church and many places that time after time have been built linked to this saint in Europe. A European memory, a European saint. But allow me to say that it is so but it is no longer so because today this memory has overcome the European boundaries and is no longer connected only to a man, a saint, but it is linked to a Community, at least that is how we feel it, to many Communities that are part of the same family, a universal family.
And everything that Sant'Egidio has represented in history, the protection of the poor, of the little ones, from diseases, shipwrecks, the scourges of nature, pandemics - everything that Sant'Egidio has represented as protection - is what our community lives today and wants to live in the future, and it is providential that it is like this in this time. Because the answer to a difficult time ours is not being alone and it is not leaving anybody alone and to know that we are all on the same boat, as Pope Francis says. The answer to this time is being a community, also being the Community of Sant'Egidio and it is to populate of communities our cities, that is why it is so beautiful that it is no longer just the memory of a saint but it is the memory of all Communities that take the name from him. That is why we asked Sant'Egidio to protect and allow the Community to grow in the world and in the style of the Community of Sant’Egidio. There is a style of the Community that is a sign of protection towards all those who are in need. May Sant'Egidio grant us the blessing of never being alone, of building every day communities that do not live on virtuality but of reality. Long live Sant'Egidio! 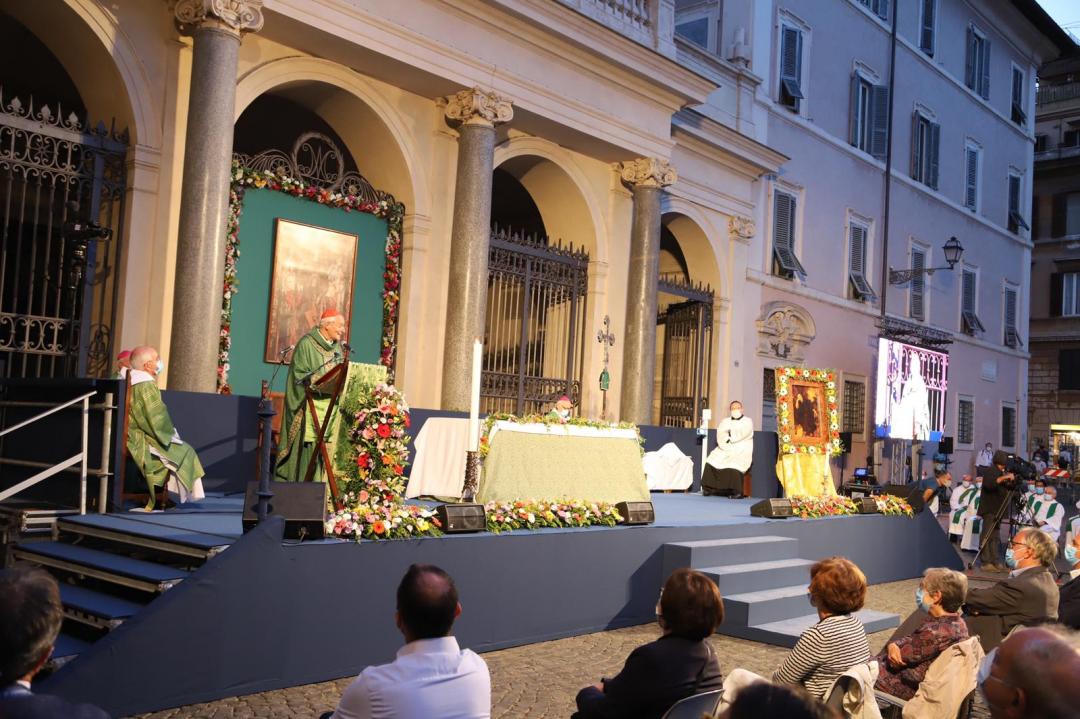 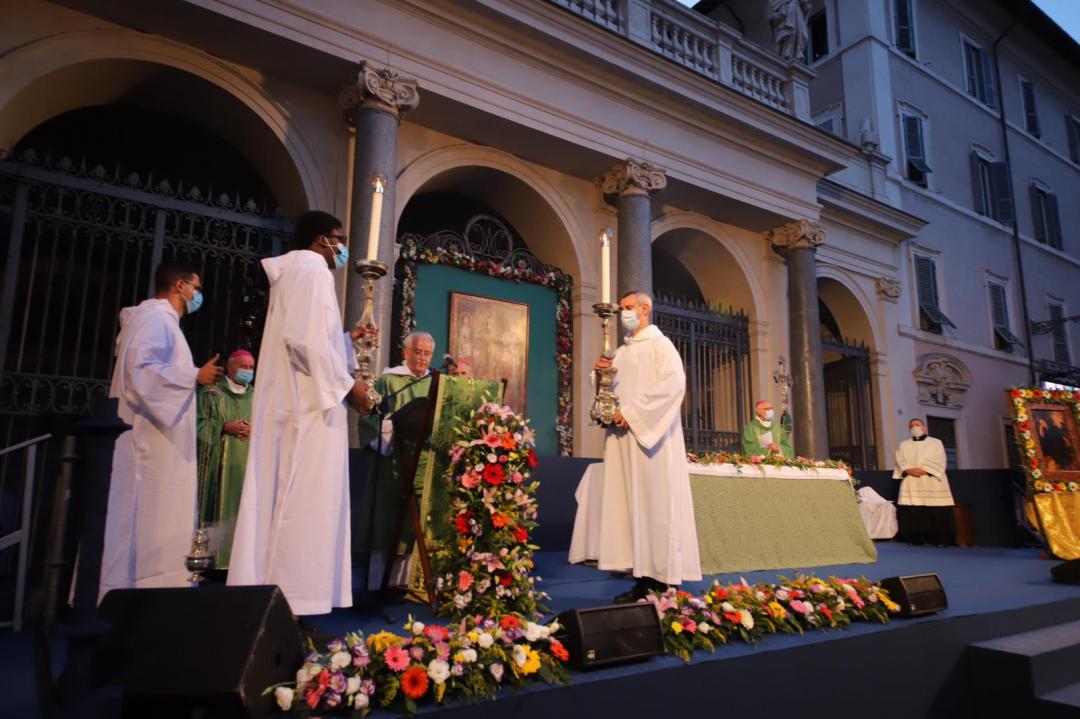 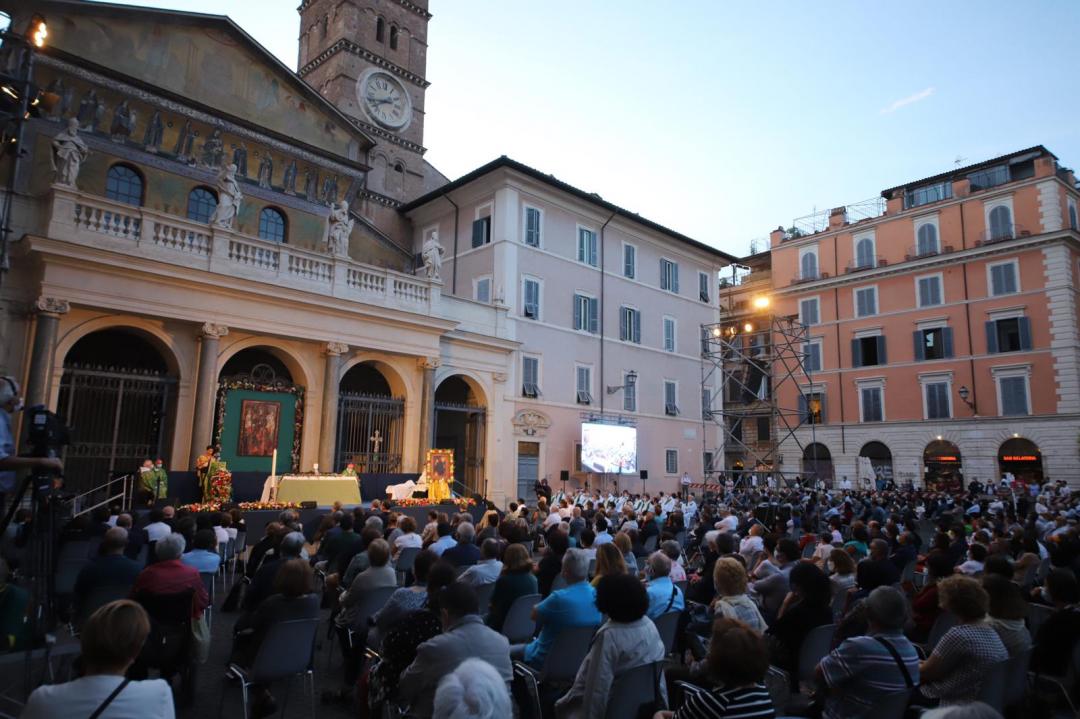 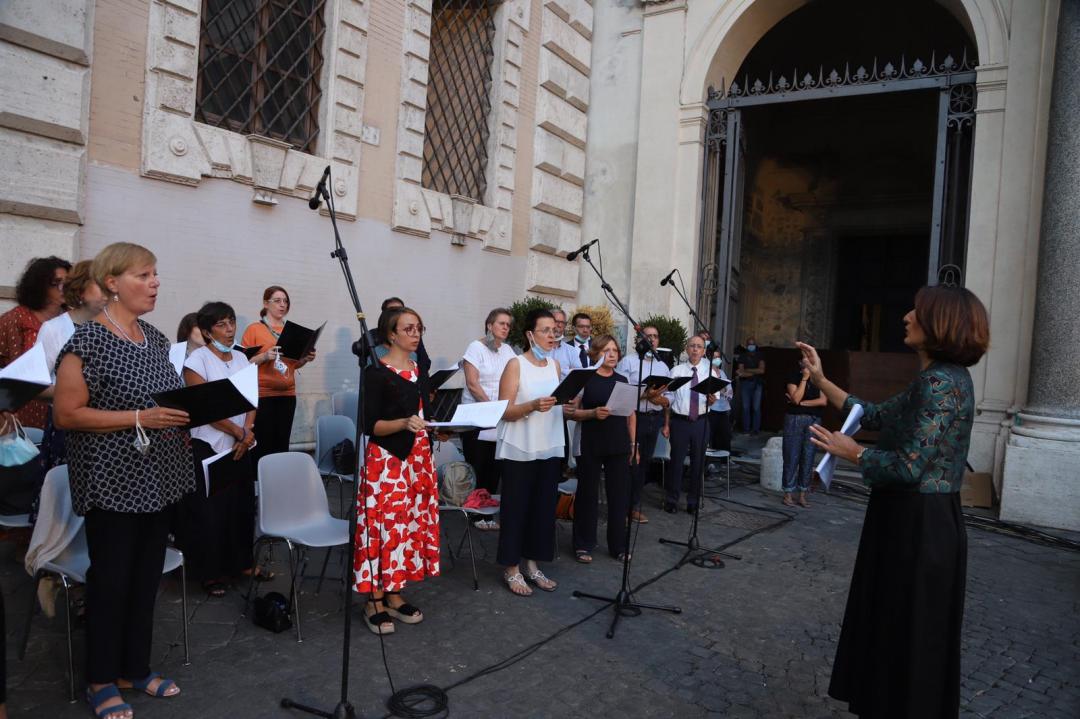 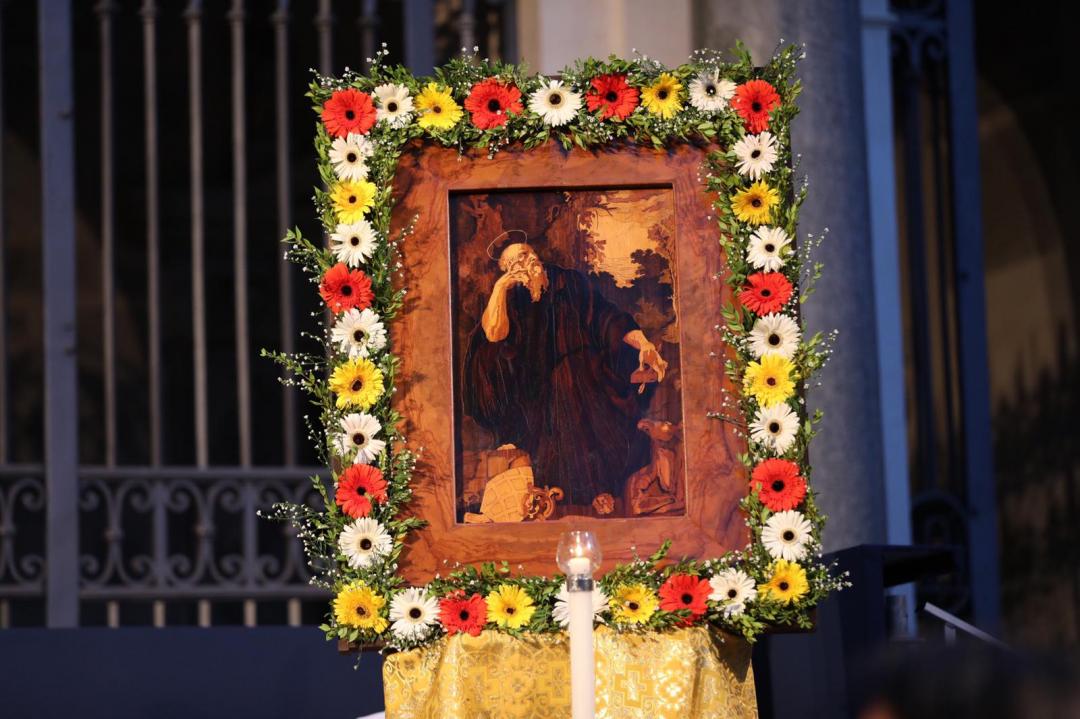 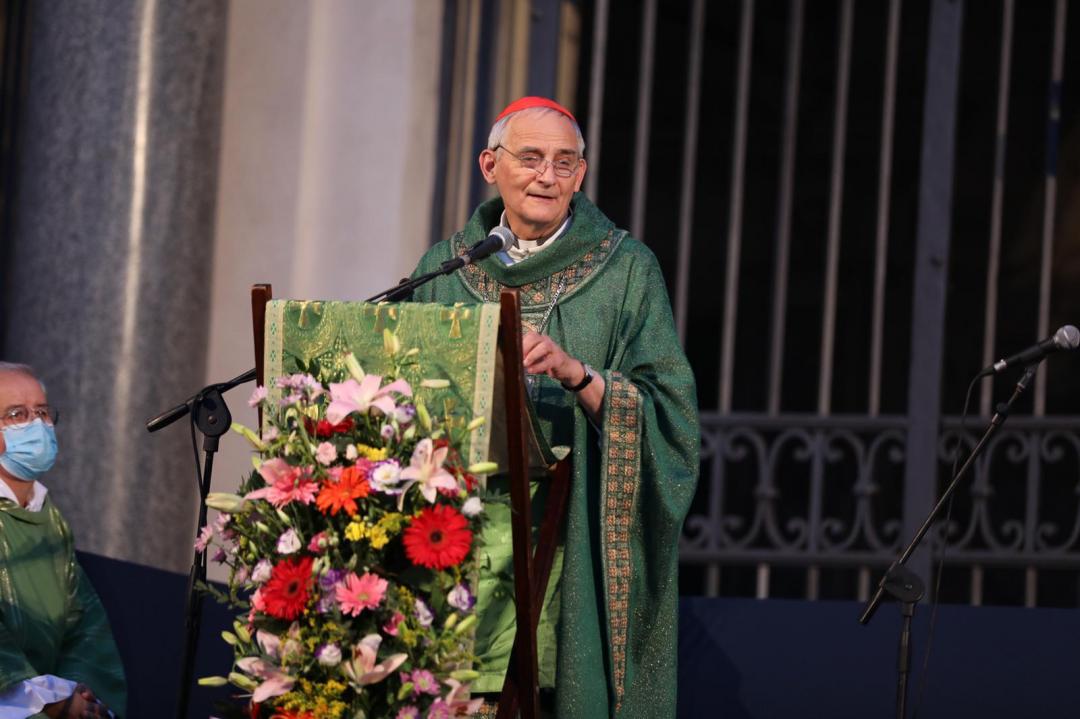 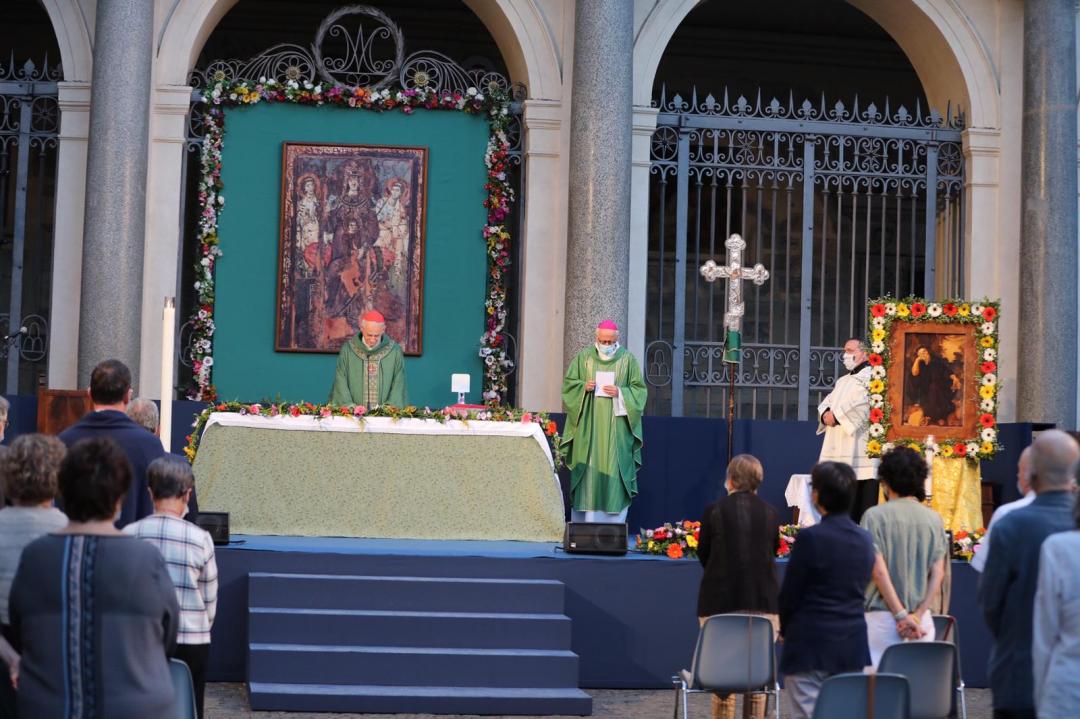 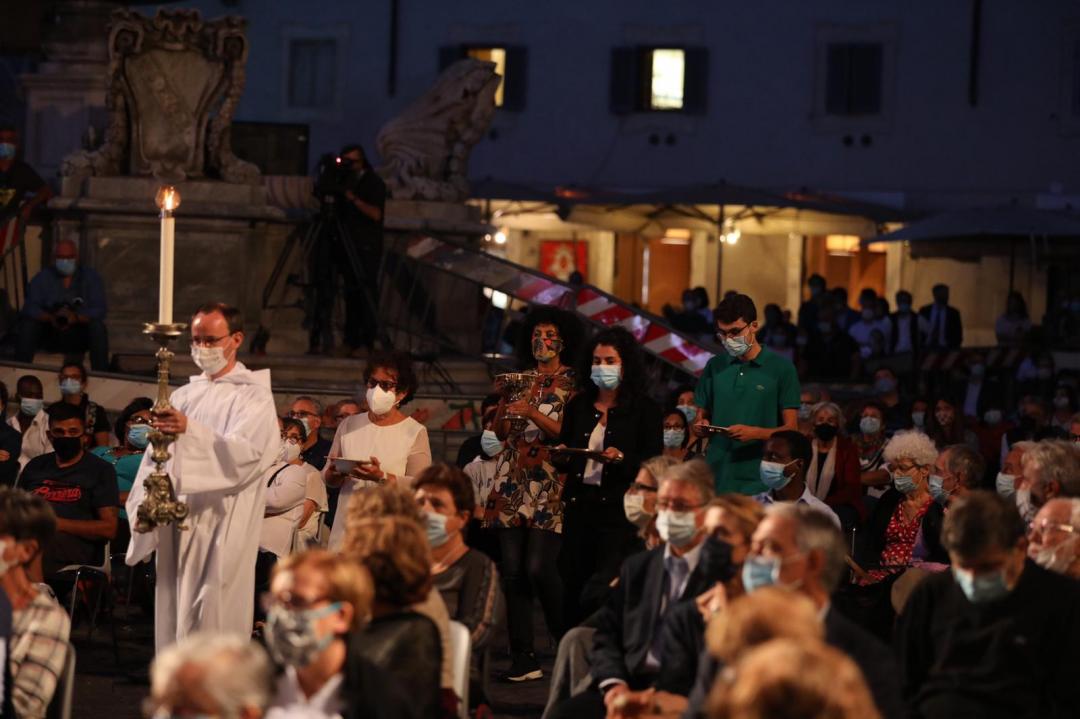 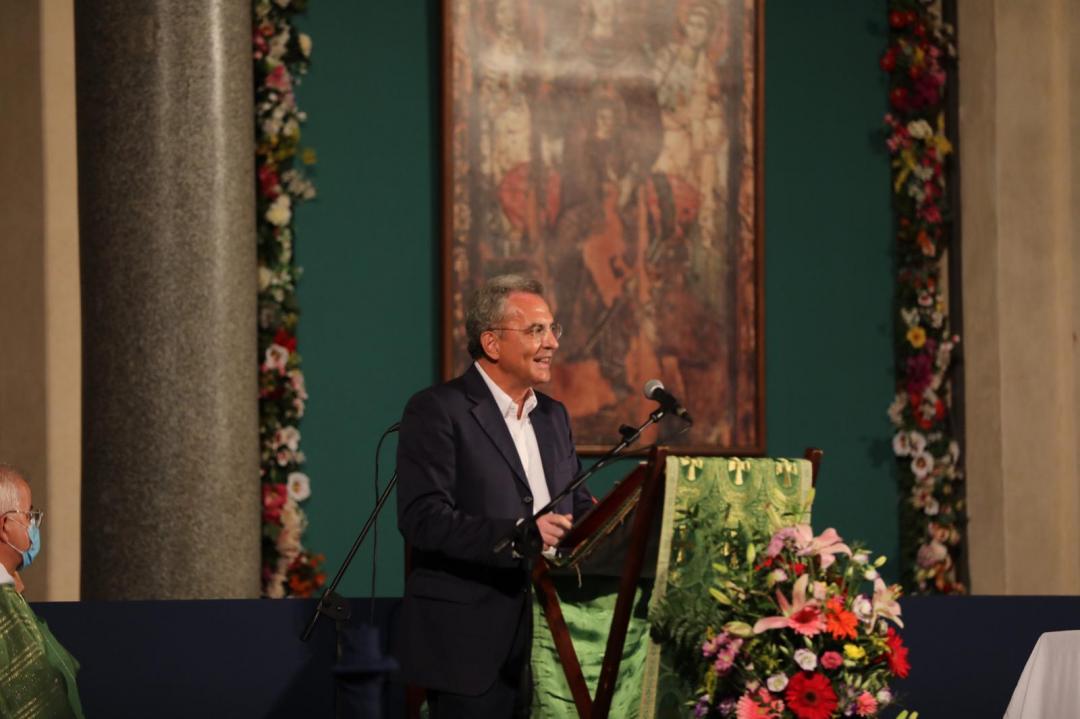 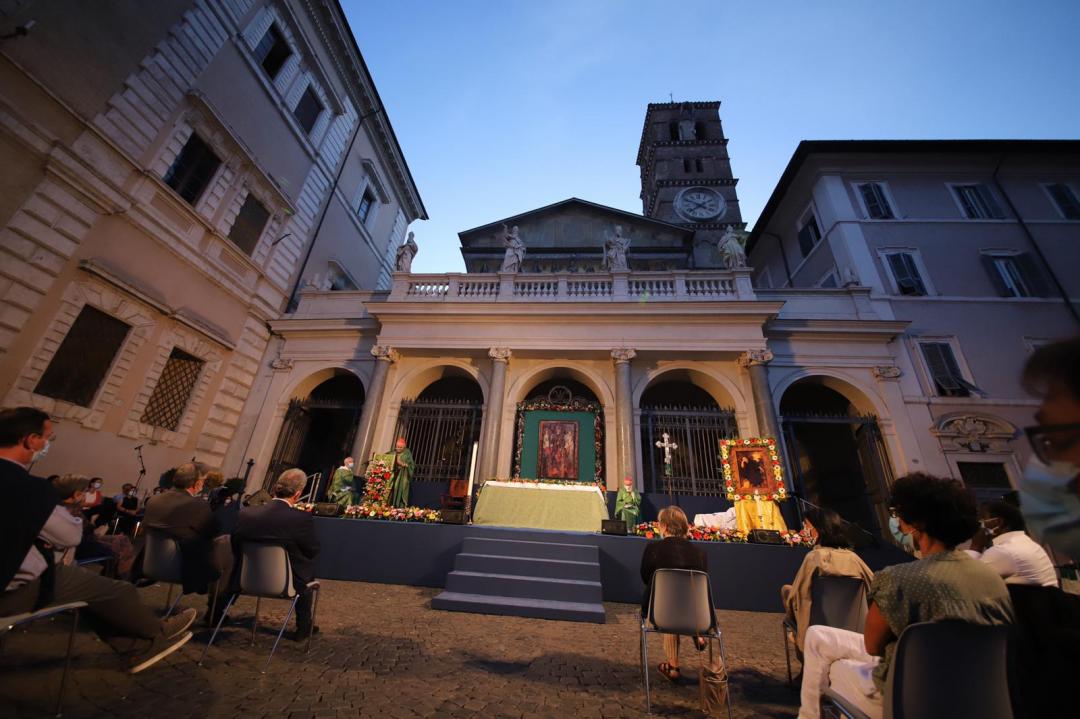 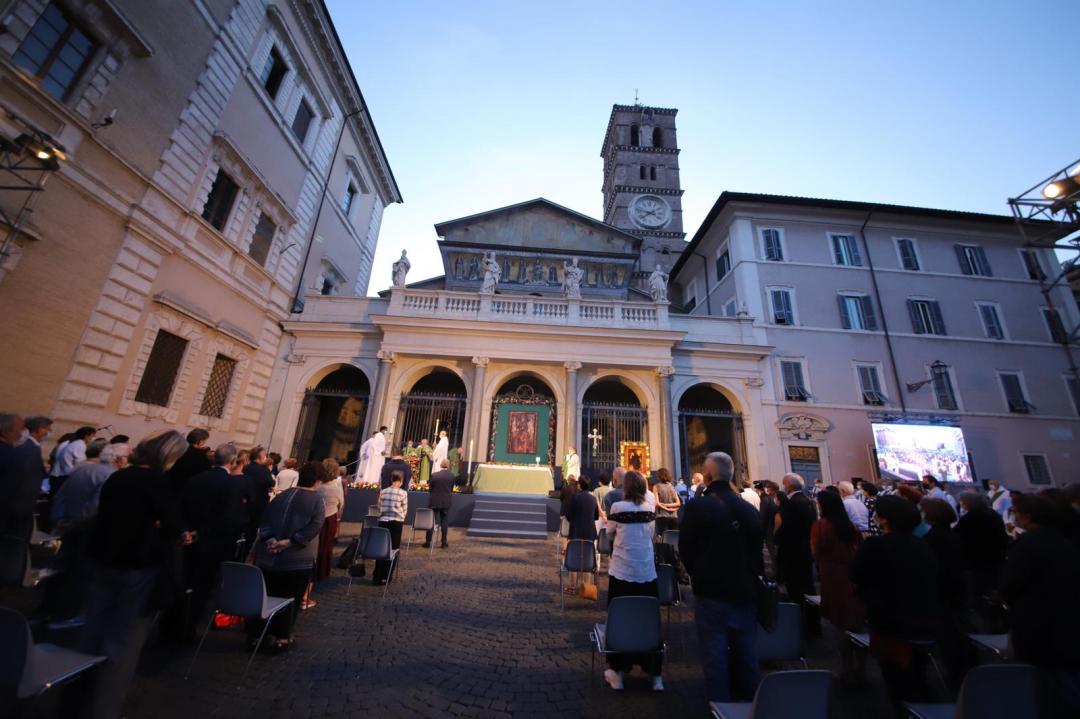 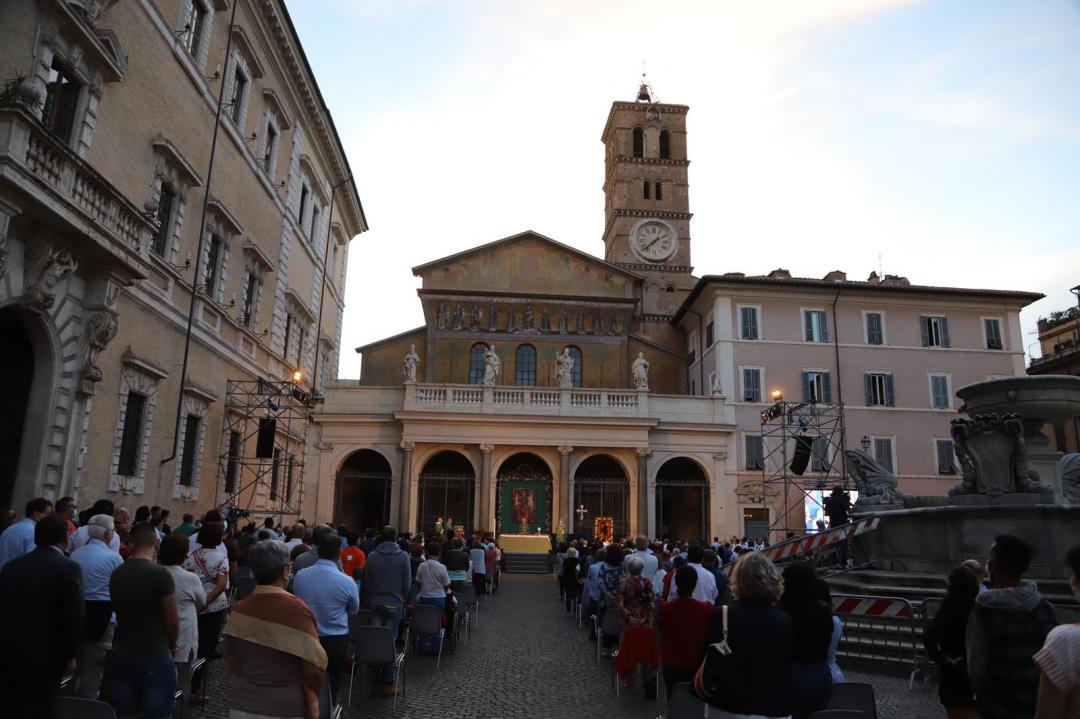 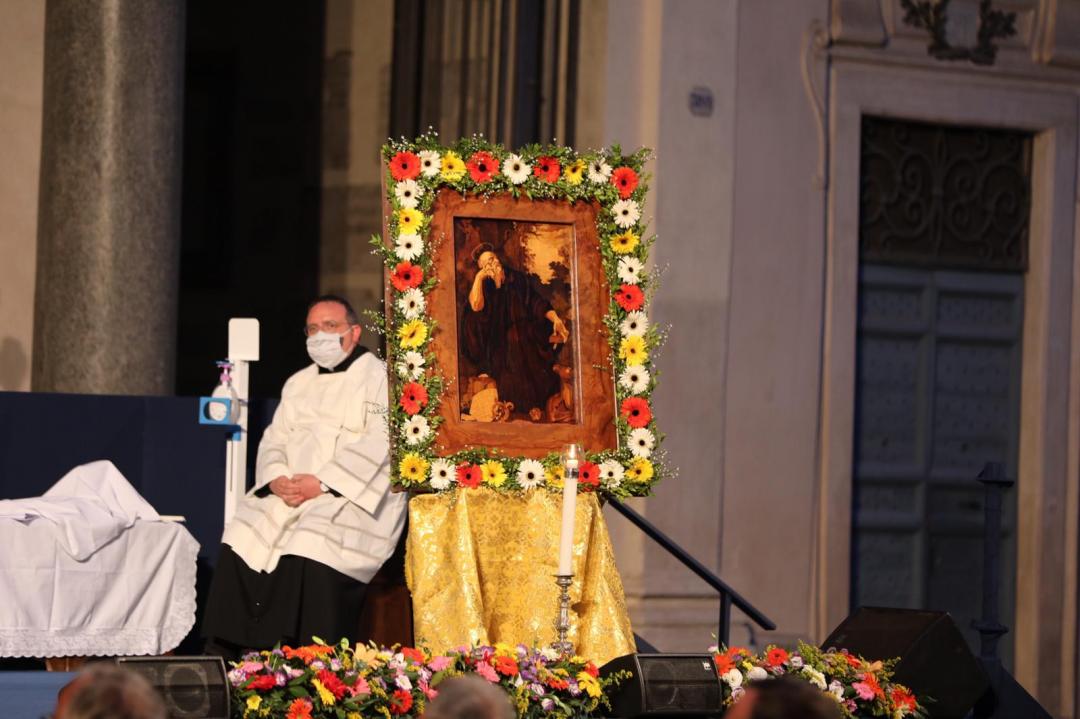 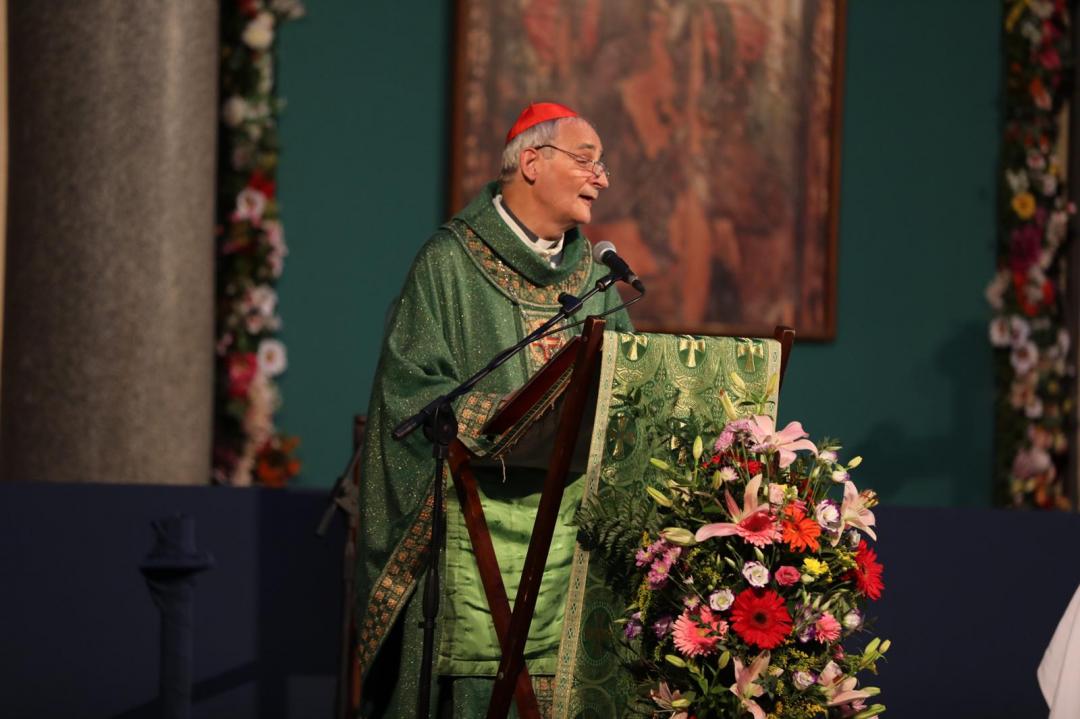 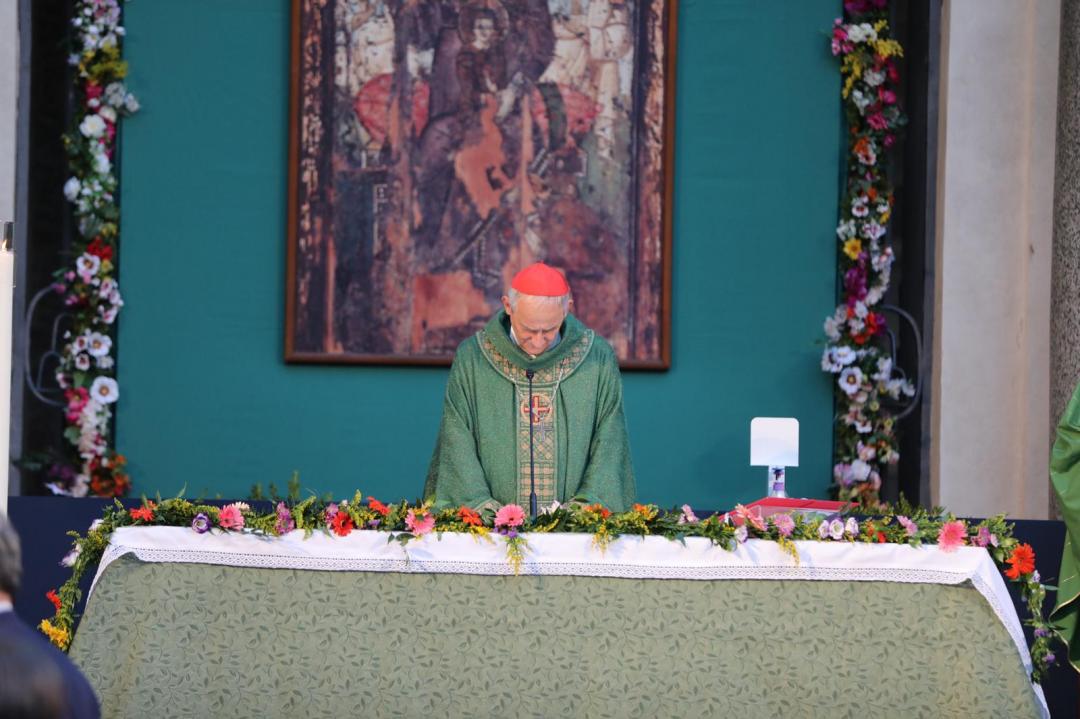 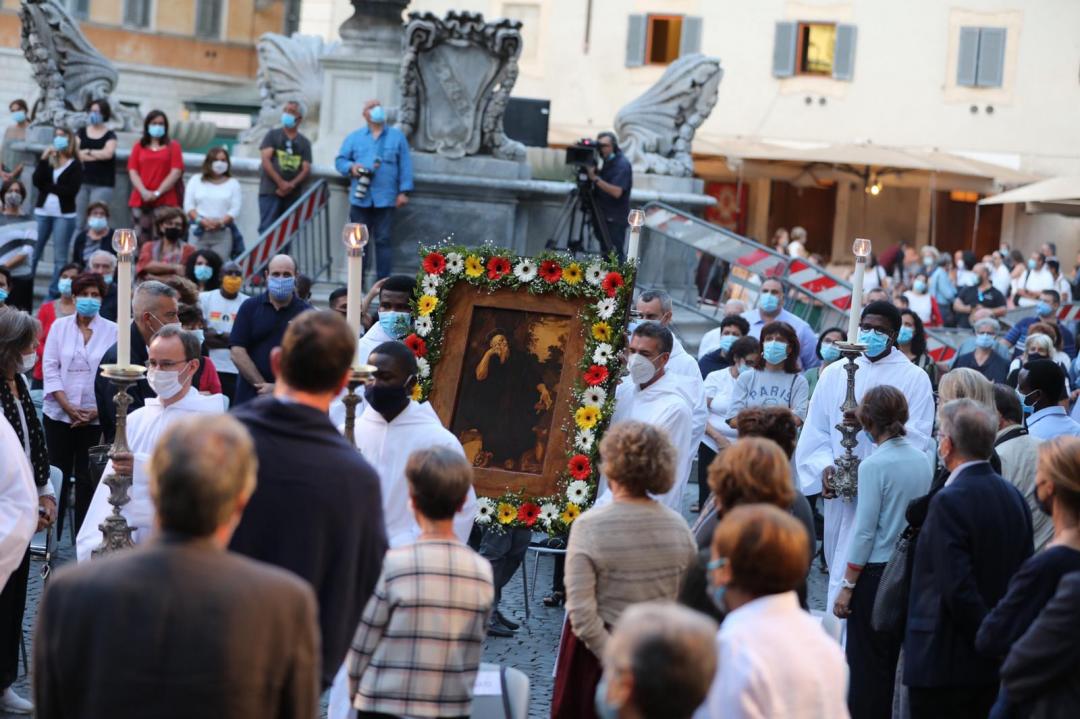 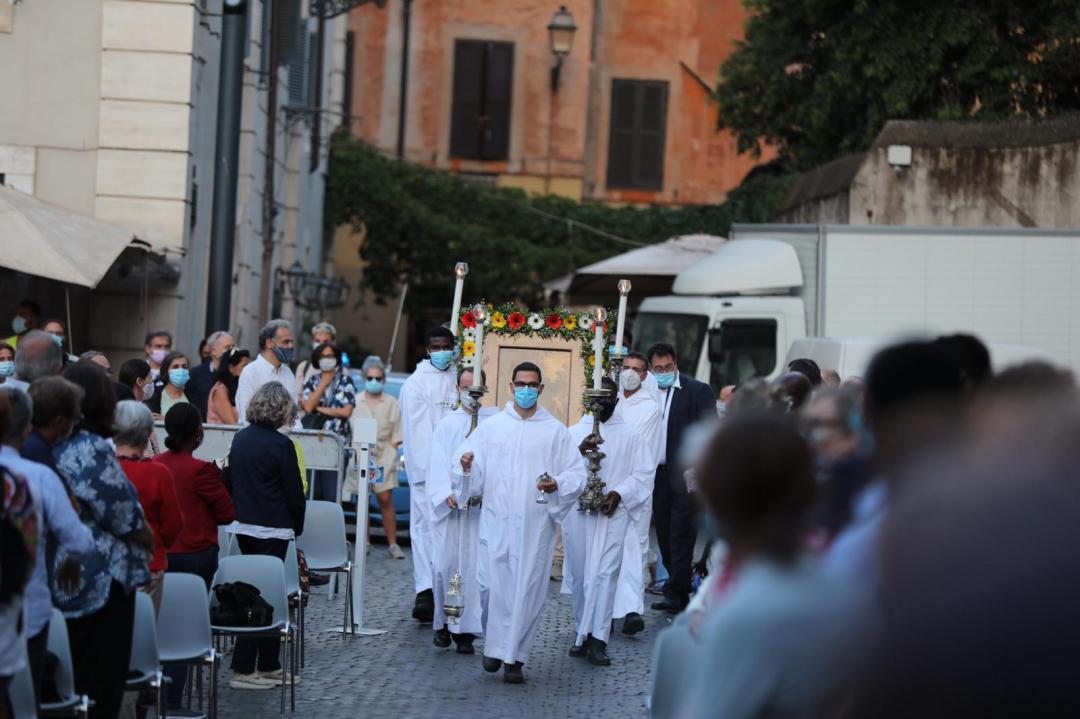 To glimpse the Kingdom in a cup of tea

In order not to forget the atomic bombing of Aug. 6 and 9, 1945, the work "Hiroshima 平和" by the artists of Sant'Egidio's art workshop
read everything
Subscribe to the newsletter