MENU MOBILE
HOME > NEWS > "FACING A WORLD IN A STORM TO BUILD A MORE HUMAN AND FRATERNAL LAND, INHABITED BY A CULTURE OF US". MARCO IMPAGLIAZZO FOR THE FEAST OF SANT'EGIDIO
PreviousNext

"Facing a world in a storm to build a more human and fraternal land, inhabited by a culture of us". Marco Impagliazzo for the feast of Sant'Egidio

Sisters and brothers, we find ourselves in this prayer of remembrance of the monk Egidio, after whom the Community is named. The name, is the sign of a person's recognizability and identity. The name lets the other know who you are: bearing this name has made us known as a Community of prayer, of the poor and of peace. The name for the Jews is a vocation. The name Egidio is linked to a WE and not toan I: it is the name of a Community of a People and in the world. And this is a great sign today among so many divisions and localisms. We do not present ourselves as many I's, but as a Community, with a name that unites us, everywhere in the world and that unites generations, cultures, nations. Egidio was a father of monks, more than a hermit. He built communities in the desert of medieval Europe. His name has spread to so many places in medieval Europe and has even reached Rome in our church. We, too, can reforest a world that has been desertified by wars and flooded  by climate change with signs and visible places of fraternity, in which to find shelter, with which to strengthen the broken ground of our world.

This memory, common to all our Communities, calls us at the beginning of a new year, in the joy of celebration, which is also the celebration of finding each other among brothers and sisters, to spread new nets in the troubled sea, to work to create new bonds, to initiate everywhere the shift from 'I' to 'we', which can free the lives of so many from resignation, failure, and individualism. And it can change the human and cultural climate of our societies. The culture of 'we' is built by a Community that lives the Gospel. A story from the 'Book of Miracles of St. Egidio' tells us about pilgrims returning from the Abbey of Saint-Gilles, heading for their homes. "When they arrived near a river, on the side from which they came there were no houses or huts. Instead, on the other bank was a shack  where those who usually ferried travelers lived, and a boat could be seen, firmly chained. But in those days, due to considerable rainfall, the river had become so swollen that it could not be passed. Our pilgrims, seeing themselves in a difficult situation, deprived of all human relief, turned to St. Egidio and invoked him, saying, 'Come to the rescue of the wretched who have no hope but you.' The saint said, 'Why tarry any longer?' Immediately the boat broke away before their eyes, crossed the river and stood before them, ready to receive them. And although they had neither oars, nor logs, nor any of the necessary tools to cross, nevertheless God granted them his mercy, and under the protection of Blessed Egidio, who piloted the boat himself, they crossed the river."

Sisters and brothers, each of us has a swollen river to cross, or a stormy sea in which to navigate, in order to travel to a more human and fraternal land, inhabited by a culture of us. To cross the river, in St. Egidio's account, or to  sail the rough sea of the Gospel and set out to build a world where the poor are comforted and no more people die from war. To cross the river we need a boat: this boat is the Community, where the Lord is. But it often seems to us that the boat is not enough, that it is too fragile, that the Lord does not act, that other means would be needed... No! This boat is what is needed, because there is the Lord to whom we can always address our prayer. And he hears us. It is necessary, then, that this boat be loved, guarded, protected. That is the task of each of us. Without boat we will remain in the shore of pessimism and resignation.

Egidio says in this story: why linger any longer? It is a fundamental question that provokes a positive reaction, a sign of concern for those people in need. We ask it this evening as well. Why tarry further in self-love, in concentration on our own problems, in distraction from others? Why linger in distance from the Word of God? Why let ourselves be touched by the thought that it is too late to work for peace, to  create new bonds, to save the lives of those in danger, for a common future? Brothers and sisters, let us not remain lazy without dreams to realize! Let us not put limits on the power of God's Word that performs miracles.

Sisters and brothers, as war continues to sow death and destruction in Ukraine, so many migrants die in their increasingly difficult journeys due to the closed doors of rich countries, the people of Pakistan suffer from the tragic consequences of torrential rains caused by monsoons much more intense than normal, gathering for this memorial, listening to the Word of God and before the face of Jesus calls us to look up at these situations and to come out of our sense of irrelevance. Let us look at his face together today and be enlightened. Let us have faith in Jesus, live Community to be tireless servants of peace, welcome to the discarded and support for those who ask for help. We cannot resign ourselves to a world with such great suffering. Let us not accept this world as it is and move on! To the other shore! Let's get on the Community boat, be with Jesus, join our brothers and sisters to make that crossing from "I" to "we" that can change so much of our lives and open new avenues of salvation. 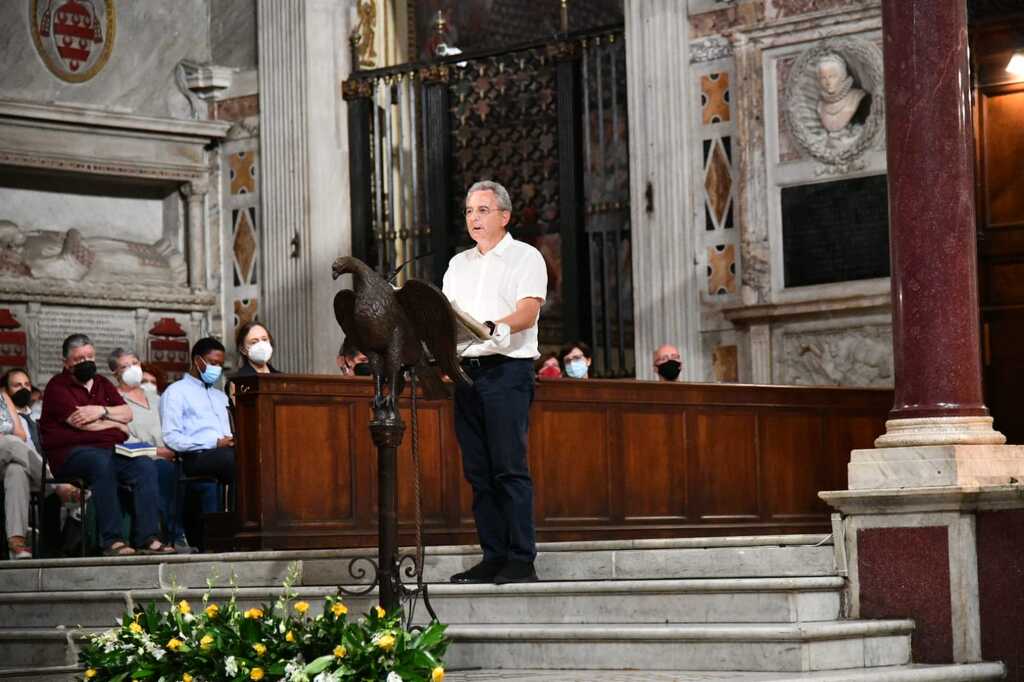 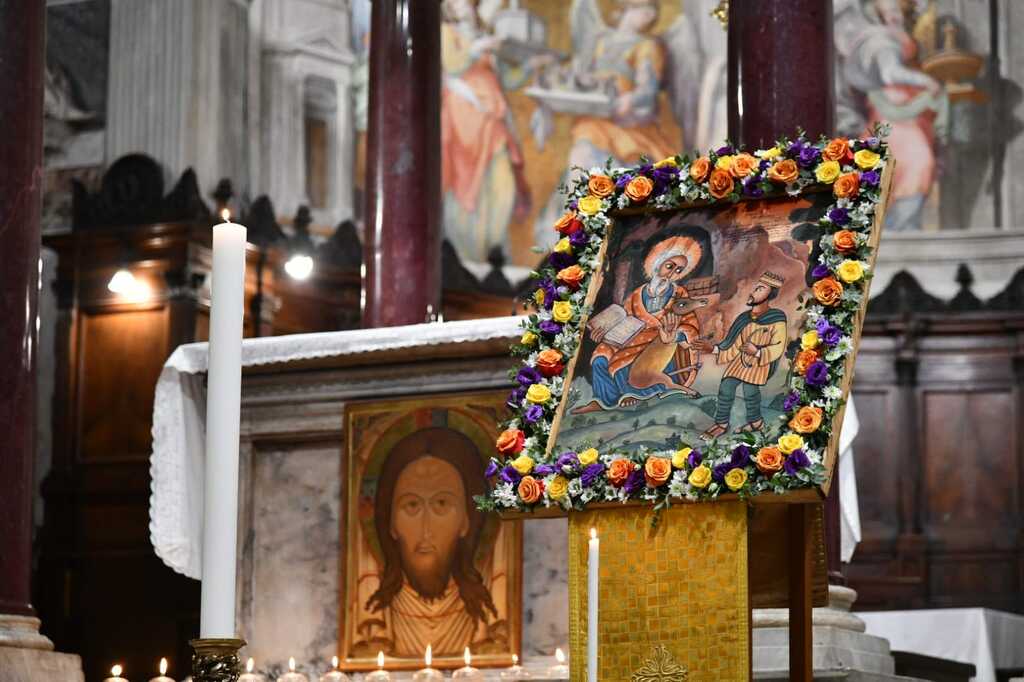 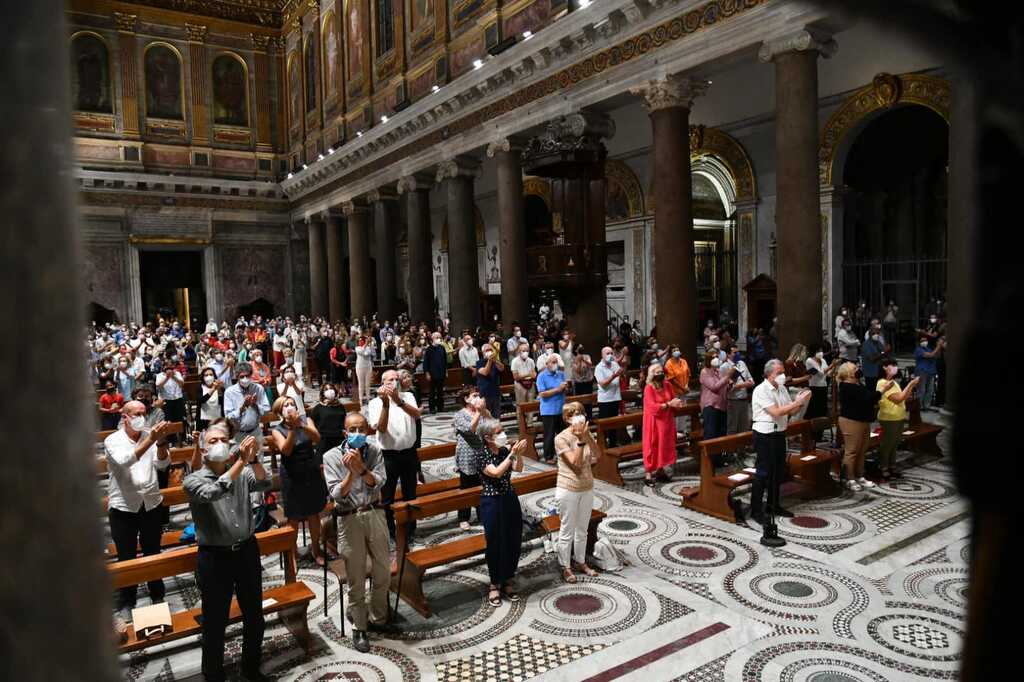 PRAYER FOR THE SICK

International Meeting "The Cry for Peace" from 23 to 25 October in Rome. How to follow the event online

21 September, International Day of Peace. Listening to the cry for peace and building it is the "immense task" of governments, civil society, religions
read everything
Subscribe to the newsletter