Voices from Burkina Faso, a country dear to the Community affected by violence

The terrorist attack in Ouagadougou, where Sant'Egidio is present

"They wanted to hit a country where the coexistence between different religions is possible": Mira Gianturco, international head of the Bravo programme, of the Community of Sant'Egidio, is in Ouagadougou and has lived entrenched in the house the dramatic hours of the jihadist attack in the centre of the burkinabé capital. "This morning dozens of Muslim friends phoned me: people who wanted to know how I am, if everything was all right. Someone even came looking for me at home". 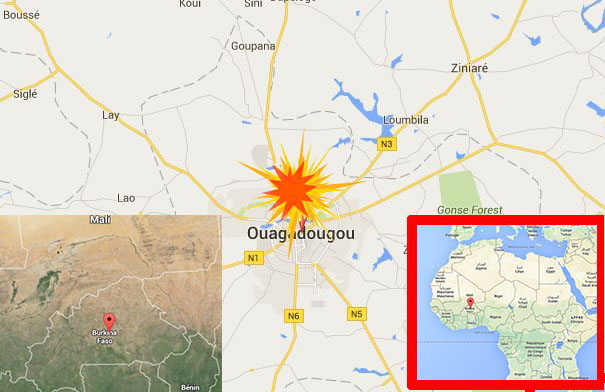 Islam, Christianity and traditional religion have always coexisted peacefully in Burkina Faso. "The living  together has been and is possible. It is striking that this attack comes when the page is turned after the coup: a president has been elected, the government has been created, the transition is over. They want to prevent this process from continuing. But there are many signs that people want to live together and it is important that what has happened and fear do not block this process".

"I think this attack was committed not only to destabilise the country but also to hit the coexistence among peoples. To hit a place where there were so many brothers and sisters of the West", adds Father Philippe Zongo, one of the leaders of Sant 'Egidio, very engaged in Burkina Faso that has just returned to Rome. According to the priest, the attack is "almost a copy" of what took place in Bamako, Mali, where in November another hotel frequented by foreigners was stormed. It is therefore "a message to all humanity, it is a problem that affects all of humanity." Even father Zongo fears that the assault may somehow undermine the coexistence between Muslims and Christians - these are about 30% in the country - that has so far proved successful. "There has been a centuries-old coexistence between Muslims and Christians and there has always been a strong dialogue of friendship", he stressed. But now this attack "could be interpreted as a conflict between Muslims and Christians, but it is not a problem of religion. The problem is the evil that is eating away our society". "As always evil is present and wants to sow fear, but we do not give in to fear because we are sure that together we can save the world", Father Philippe Zongo assured.

In Burkina Faso, the Community of Sant'Egidio is very active and present. "We do the prayer service, meetings, the service to the poor" continued to explain Father Zongo. "This year, for example, we made the Christmas lunch with the prisoners and street children." Lunch served to street children is customary weekly and takes place in a centre right on the street where the Hotel Spendid is. "It is also a way to strengthen human relationships and the culture of living, spiritual values."

From 2009, Bravo (Birth Registration for All Versus Oblivium) has carried out a registration campaign to ensure the birth certificate to those that otherwise would not get it. "The lack of civil registration fuels conflict and is a source of instability. The heart of the problem is to give an identity to those that do not have it. Many who are violent come from the most underprivileged sections of society. If you could give an identity to all, security would also be different.” Each year, the Community of Sant'Egidio informs, 51 million children worldwide are not registered and thus become easy victims of abuse of all kinds, from sexual abuse to recruitment into armed forces, from youth work to early marriages. Two out of three children in sub-Saharan Africa are not registered at birth, and from a legal point of view they are “invisible” children.