MENU MOBILE
HOME > NEWS > THE AID OF SANT'EGIDIO MALAWI ARRIVES AT THE REFUGEE CAMP OF LUWANI, WHERE THOUSANDS OF MOZAMBICANS LIVE
PreviousNext

The aid of Sant'Egidio Malawi arrives at the refugee camp of Luwani, where thousands of Mozambicans live 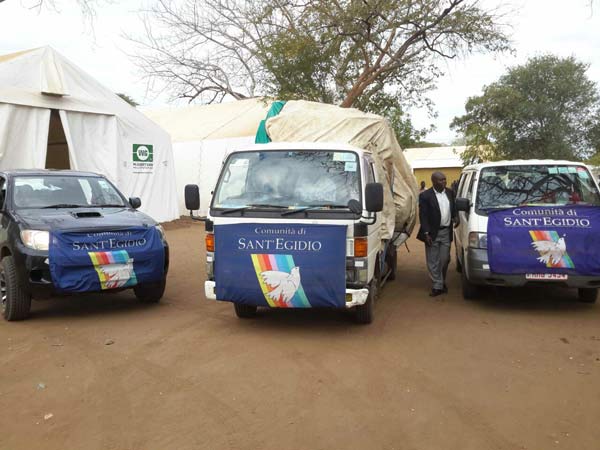 In recent days, a group of youth of Sant'Egidio from Blantyre, together with don Frank and don Ernest, two priests of the Community of Malawi, distributed aid to the Mozambican refugees of the refugee camp of Luwani, a huge area of tents that, for several months, has been home to more than 4,000 people that fled their countries to escape the violence and looting that occurred in the Tete region - especially in rural areas - in this period of serious political instability and growing violence in Mozambique.

The camp is 70 kilometres from Blantyre in an isolated area, difficult to reach, far from the population centres and the usual means of transportation. The majority of refugees are women and children or adolescents, often without parents. They are very poor people that have lost everything, they have no clothes, utensils or food because they suddenly fled from their homes, often burnt.

About a month ago, a delegation of the Community had visited the camp and taken note of the conditions and the most urgent needs, in order to provide for an effective aid plan.

Clothes and shoes were distributed primarily to children - who are the majority of the camp population -; buckets and basins to the families, for the supply of water for washing and cooking. Tablets are very useful to purify water for drinking. The lack of drinking water is one of the primary causes of disease, infection within the camp. 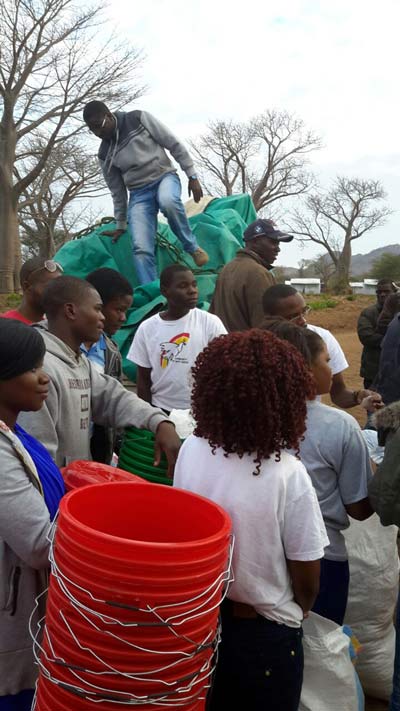 It was a great joy for the refugees, who were thankful that they were not forgotten. The presence of the two young priests encouraged the refugees to ask for the opportunity to receive communion. A Mass will soon be held at the camp for them.

May 28 - Prayer for the Church, from the Basilica of Santa Maria in Trastevere

May 27 - Prayer with the Saints, from the Basilica of Santa Maria in Trastevere, 8pm (GMT 2)

May 26 - Prayer with Mary Mother of the Lord, from the Basilica of Santa Maria in Trastevere

Africa Day: decrease of cooperation related to the coronavirus crisis is alarming
read everything
Subscribe to the newsletter