A crowded square of Santa Maria in Trastevere welcomed Don Matteo, Mons. Zuppi, Archbishop of Bologne, former parish priest of the church dedicated to the Virgin situated in the heart of Trastevere, for his first liturgy as a Cardinal.

The Mass was held in the square in order to enable everyone to salute him: a church that goes out, also physically. On a fresh October eve, Matteo Zuppi met many of the people who had accompanied him on his human and pastoral journey: his brothers and sisters of Sant'Egidio, the poor from the quarter and from further away, representatives of the movement of the 'Amici', the disabled who have always surrounded him with affection. And furthermore those who have worked with him in the parish, in Trastevere and in Torre Angela, as well as from Bologne, the church where he is shepherd now.
Don Matteo came to Trastevere directly from Saint Peter's. In the afternoon the consistory took place in which he was created Cardinal and had been attributed the 'title church' of Sant'Egidio, an absolute novelty. After Pope Francis had imposed the biretta on him and handed over the ring, there was time for the so-called 'warm welcome visits' to the new cardinals, in Zuppi's case in the Paul VI Hall.

A visit that foreshadowed what would happen in Trastevere. There he was embraced by a joyful crowd and received a new crosier as a gift at the start of the liturgy. "It's a bishop's staff made of wood and plates," explained Mons. Vincenzo Paglia, his predecessor as parish priest in Santa Maria, “coming from Beira, the Mozambican city that has been stricken by the tragedy of the Idai cyclone a few months ago". It's a crosier that will remind Zuppi of the country he has felt related to for such a long time, in this new stage of life in which he is called to testify" of God's merciful love for all people of the world, without borders" as the Pope entrusted to the cardinals-elects in the Angelus of September 1.
In his homily, the Cardinal started from the "bond that unites all, friendship," from the many encounters he had had during the years, from the many threads from which a plural path had been woven: "Today we can see the joy of all being pieces of life, the joy of this 'we' that is communion. Communion values everyone and makes everyone grow. And Jesus unites all in a 'together'. Today joy arises from being a church-community, where no one is a stranger and everyone is important."

In conclusion a remark on the colour purple, "which appears twice in the Gospel. There's that of the rich man and that of the mocked Lord during the Passion. Purple is lived when we get closer to the many crosses in the world, to be 'princes' of friendship," to be, as Bergoglio said in his homily during the consistory, "men of compassion," men who share "this love that is entrusted to us by Jesus" with everyone.
The final greetings of 'don Matteo' to Andrea Riccardi, to Marco Impagliazzo, to Vincenzo Paglia, the applause of the square, the songs and the banners that 'coloured' the end of a truely special liturgy, all this sealed an evening of celebration, gratitude and friendship in the best possible way.

WATCH THE LIVE VIDEO [IT] 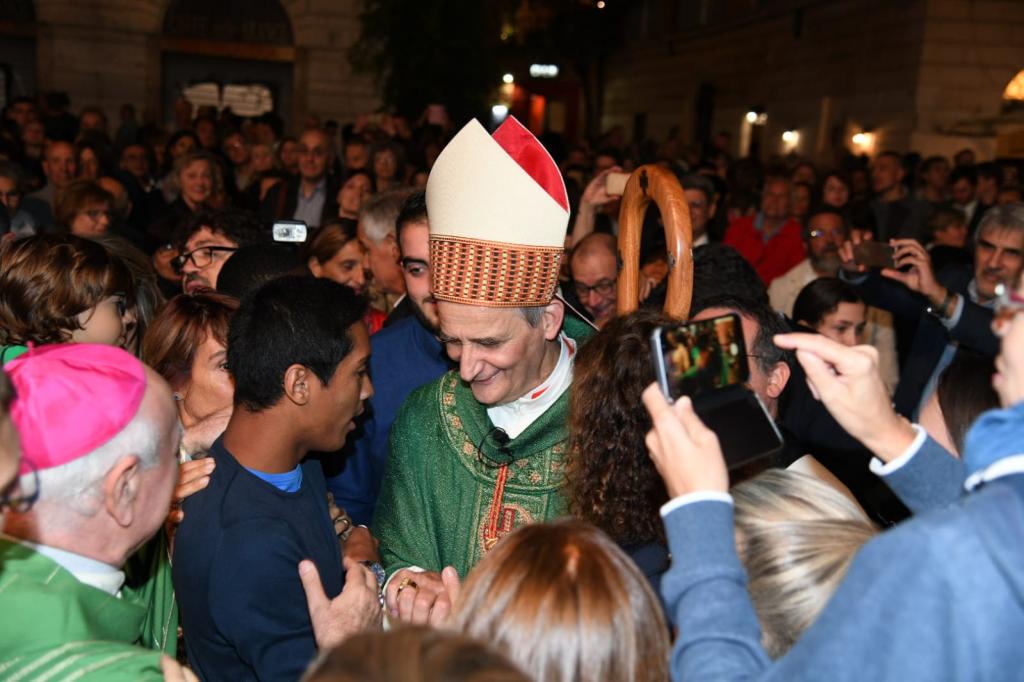 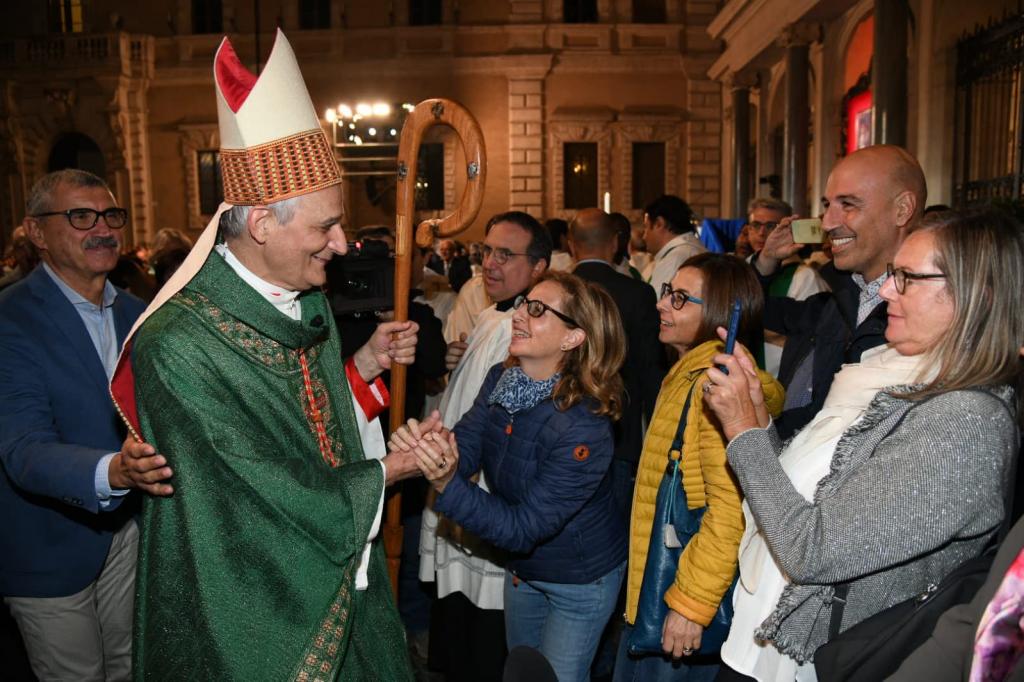 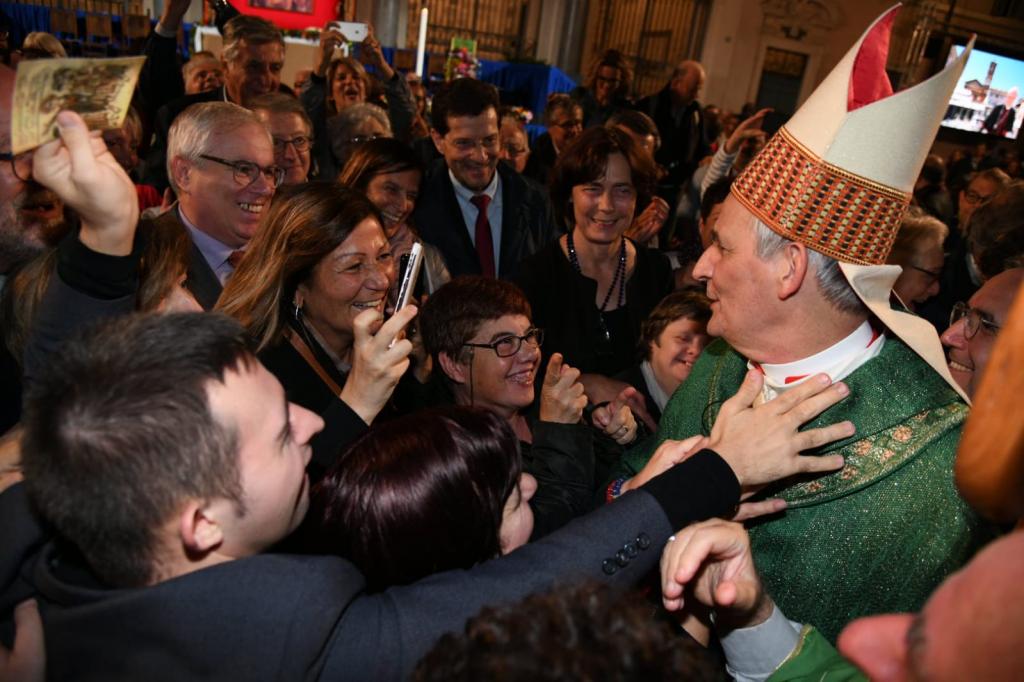 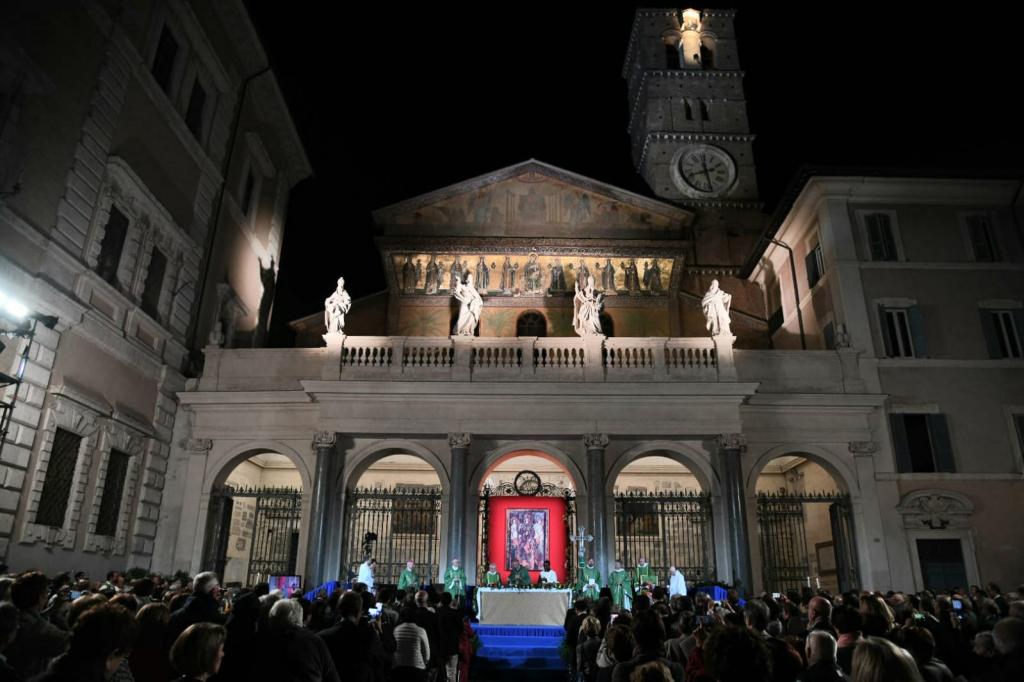 PRAYER FOR THE SICK

World AIDS Day: healthcare for all in Africa, ending inequalities to end HIV and Covid-19
read everything
Subscribe to the newsletter