MENU MOBILE
HOME > NEWS > THE WORD TO YOUNG PEOPLE AT THE MEETING OF THE PRAYER FOR PEACE: "THE FUTURE WE WANT"
PreviousNext

The word to young people at the Meeting of the Prayer for Peace: "The future we want"

The "future we want" is here and it is not just the title of the forum. Hundreds of young people fill the Cloud Convention Center: they are the hope of a better future and they come from high schools and universities all over Italy to listen to the words of five young religious leaders, called like them to build the "future earth". It is a difficult task, because even during the global crisis caused by the Covid-19 pandemic, we often did not feel the cohesion that could represent a global challenge, but on the contrary we witnessed "divisions and conflicts" - underlines the Metropolitan of Korsun and Western Europe, Antonij. This happens because, he explains shortly afterwards, fear seizes us 'when love impoverishes'. The future we want, then, illustrates Lucas Pedrò, of the Missionary Movement of Francis (Argentina), must be based on the "protagonism of the humble" and on three key words: "roof", meaning "decent housing for all", "land", understood as the fair division of goods and respect for the environment, and "work". These are the "three Ts" of which the Pope also spoke: techo, tierra and trabajo. To suffer the pain of the many dispossessed is therefore to be "human" - recalls the Chief Rabbi of Vienna, Jaron Engelmayer. We are human, we belong to the same family, but as an ancient tale quoted by the eminent Jewish scholar teaches us, we must also treasure and enrich the differences among us. "There is a good reason why there is a coloured rainbow on the symbol of Sant'Egidio," Engelmayer points out. In fact, "a person is supported by other people and continues to improve precisely because he or she lives in the midst of other people" and "people exist as people, because they support each other" - points out Keishu Kataoka, Secretary-General of the International Missionary Centre in Europe of the Soto Buddhist School, who showed how the ideogram of "person", in Japanese, represents a man supporting another man. Supporting the dream of a future for many children and young people is also the aim of Ali Wedhat, cultural mediator and member of the Peoples of Peace Movement, as well as being an Afghan refugee. His dream, in fact, is to "build together a world without injustice, without suffering", he who has seen so much and therefore wants to "tell, to help those who are younger than me to participate, and to work to build together a world of peace". 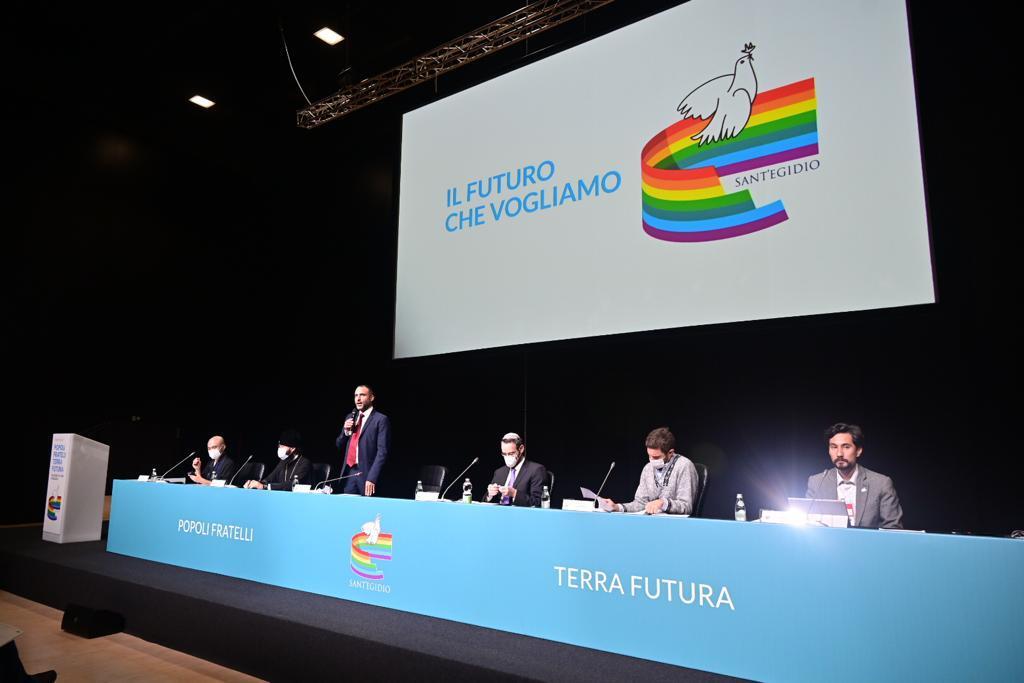