The Regency of San Marino visits Sant'Egidio: an international network of solidarity

The meeting with the president Marco Impagliazzo and the refugees arrived in Italy with the humanitarian corridors. 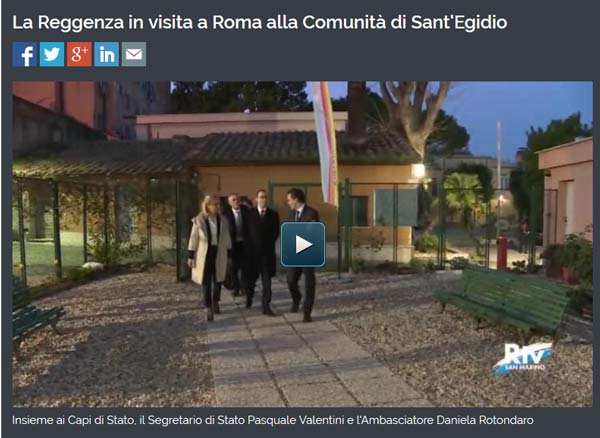 "The Community of Sant'Egidio is not just a community; but a truly international network of solidarity. Without forgetting the diplomatic activity, in favour of dialogue between peoples. Hence the link with San Marino that has Peace and Freedom among its founding values. Watch the video

With these words, the Captains Regent of the Republic of San Marino, S.E. Lorella Stefanelli and S.E. Nicola Renzi, accompanied by Secretary of State for Foreign Affairs Pasquale Valentini, commented on the visit to the Community of Sant'Egidio, where they were welcomed by the president Marco Impagliazzo. The meeting, marked by great cordiality, is part of a long history of friendship and cooperation between the Republic of San Marino and the Community of Sant'Egidio, between whom there has been a Headquarters Agreement since 2012. 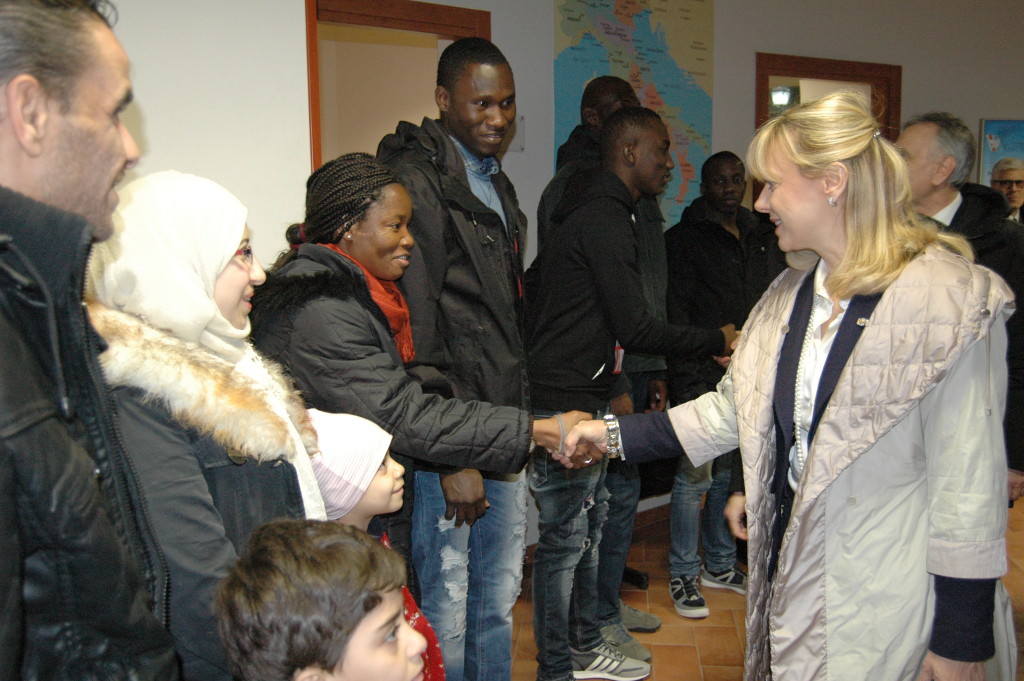 The Captains Regent visited the "School of Italian Language and Culture" of the  Community, where they met some refugees and new Europeans - including Jasmine, who came to Italy from Syria a few days ago with her sick daughter thanks to the humanitarian corridors - who told their stories and their experience of welcome in Italy. Some students of the school, who have been to Italy for a longer time, also recalled their recent visit to San Marino, expressing admiration for the beauty and care of the place.

The visit continued in Sant'Egidio, where in an interview with Marco Impagliazzo and a delegation of the Community, several issues were addressed, including the welcome to refugees arriving in Europe and the international cooperation, in particular on the African continent. 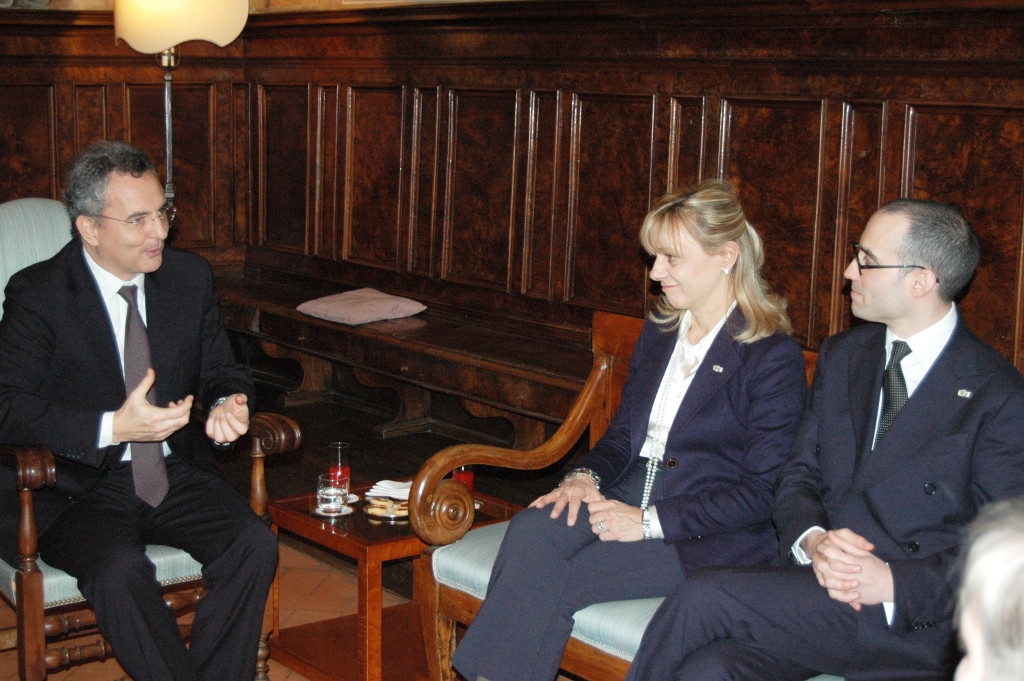 During the meeting the Captains Regent and the Secretary of State for Foreign Affairs expressed particular appreciation and interest in the initiative of the humanitarian corridors promoted by Sant'Egidio together with evangelical Churches and the Waldensian Table, as well as for the work of recording so many African children in the civil registration through the BRAVO programme. The interview has made it possible to strengthen cooperation with the Community of Sant'Egidio in the spirit of the principles of independence and freedom that enliven one of the oldest republics in the world.

The visit ended with the participation of the San Marino delegation in the evening prayer of the Community of Sant'Egidio in the basilica of Santa Maria in Trastevere.