Thanks to all who freely and voluntarily school children all over the world. The video of the School of Peace in Antwerp. 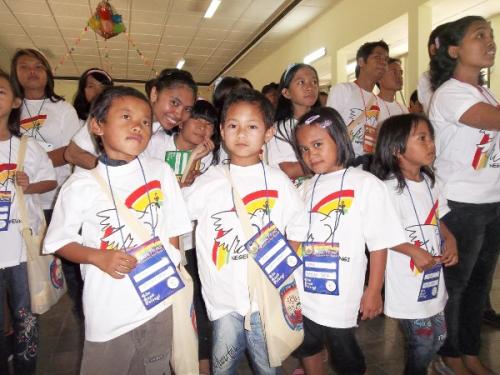 Today in the whole world we celebrate Teacher’s day. It’s a way to remember how important school is.

Since the beginning, the Community of Sant’Egidio has schooled: the schools of Peace have met hundreds of thousands of children in the large peripheries of every continent. The Schools of Peace are present in Rome, but also in Buenos Aires, Kinshasa and Manila, and in European cities such as in Barcelona, Berlin and Lisbon, where the challenge of integration is strong.

"The need of places where we can ‘learn’ peace and the art of living together in a world ever more urbanised, complex and, many times conflicted is ever greater. In this scenario, where there are many ‘bad teachers’, we feel the necessity to multiply our energies to educate the younger generations to respect human life, to love peace and reject the worship of violence". 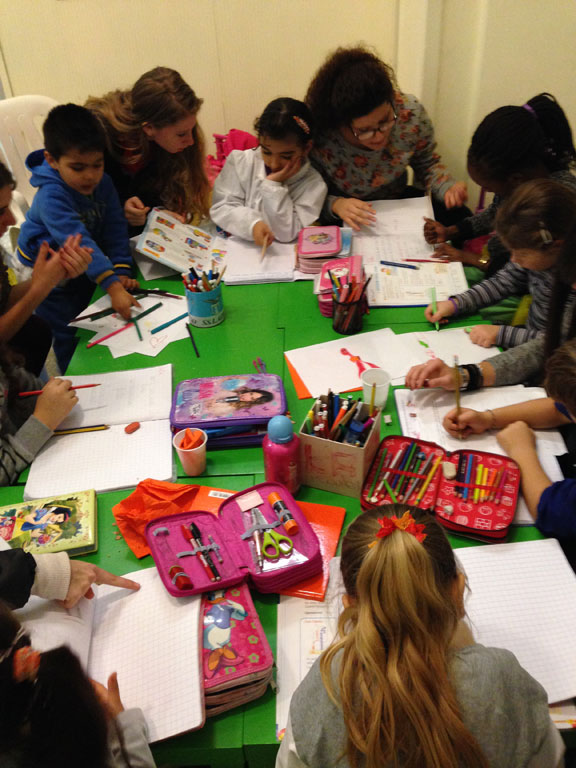 "It’s a commitment that Sant’Egidio has lived since its origins", said Adriana Gulotta, observing that it’s "“maybe less known than the commitment to peace in many conflicting places and the interreligious dialogue”. Nevertheless, it “coincides with the birth of the Community in 1968, when the Community started the school of peace with children in the peripheries of Rome". Then, Sant’Egidio questioned itself on the poverty of the immigrants of the South of Italy, which lived in barracks and in the suburbs of the Rome of the 60s, and whose children did not even go to school. Now the Schools of Peace constitute a world educational movement, for hundreds of thousands of children in Europe, Africa and the Americas. Apart from the didactic and sentimental support, the School of Peace offers kids the chance to learn to grow together with others, without prejudices and hostilities. "The name, School of Peace, signals that the true core of the work regards learning to ‘build’ peace in many contexts, not only during war but everywhere especially where there are tensions and conflicts", said Adriana Gulotta.

In the peripheries characterised by a high level of violence, the School of Peace offer an alternative to the ‘street’ culture and to repetition of aggressive models. They are free centres, where young volunteers organise activities regarding study and education, games, outings and holidays, with the objective to spread a culture of openness to the other, to diversity, which is the true premise to recognise in order to live together.

This is shown in the School of Peace of Antwerp and Paris, where European and New European children learn through friendship the value of coexistence. They themselves are the initiators of the process of integration, because as Zygmunt Bauman said during the inaugural assembly of the meeting “Thirst for Peace” in Assisi, "peace can be achieved only if we give our children the weapons of dialogue, if we teach them to fight to meet, to negotiate". 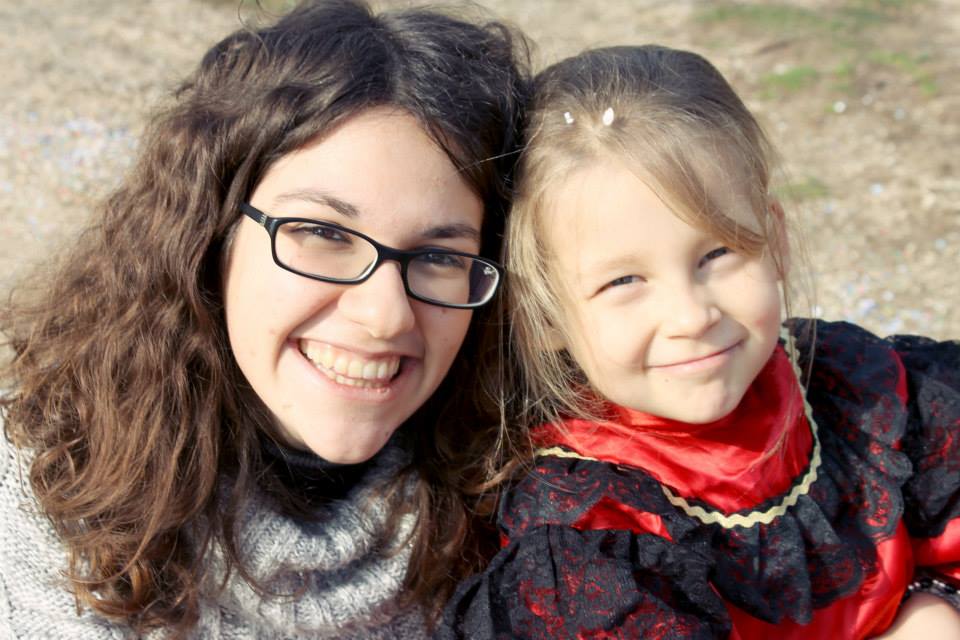 At the School of Peace no one is excluded or left behind: Rom gipsy children that grew up in the School of Peace in Italy know this very well. They are now starting to go to high school: a truly success in a generic picture, the Italian one, that is still characterised by high levels of school drop-out rates. The challenge to guarantee Rom gipsies a better future thanks to education has arrived to Ukraine, where the Community has recently started an education project for a few Rom gipsy children between Kiev and the Transcarpathian region.
In December 2014, whilst visiting a Roman parish, Pope Francis met a few children and young volunteers from a School of Peace. Thanking them for their presence, Pope described the School of Peace as a "very important seed that will bear its fruits throughout time". And Pope Francis, who met the School of Peace in Buenos Aires, in the Villas Miserias, added: "what you are doing all over the world is important because you plant in the life of children, a seed that will bear fruit. You have to work with hope and patience. You need patience. But yours is a great job". 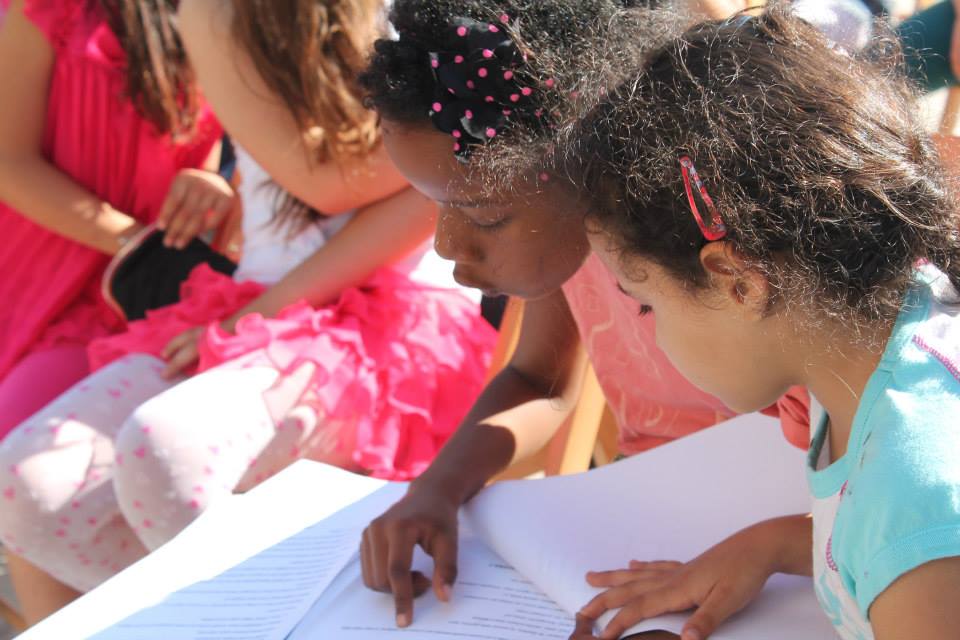 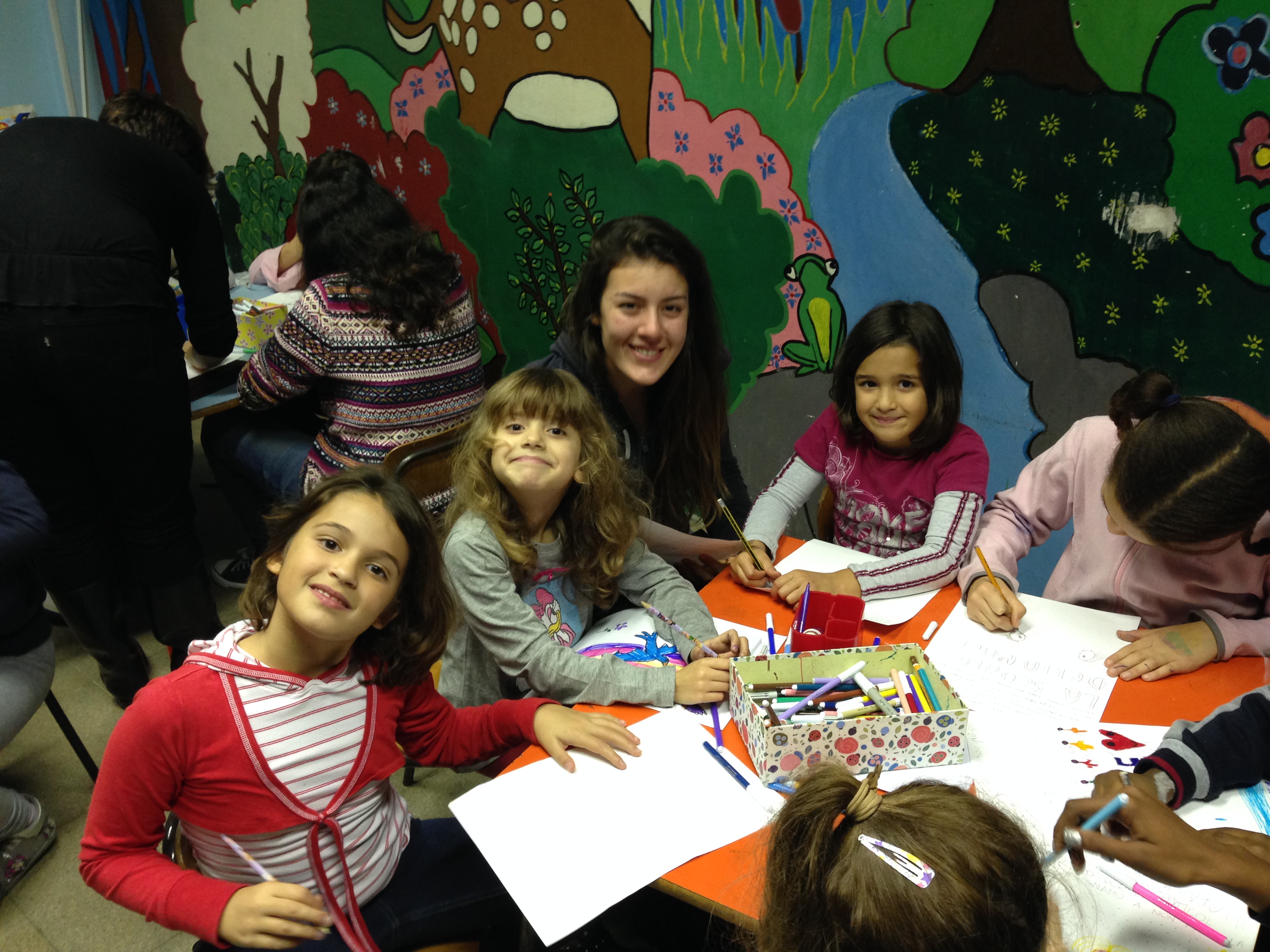 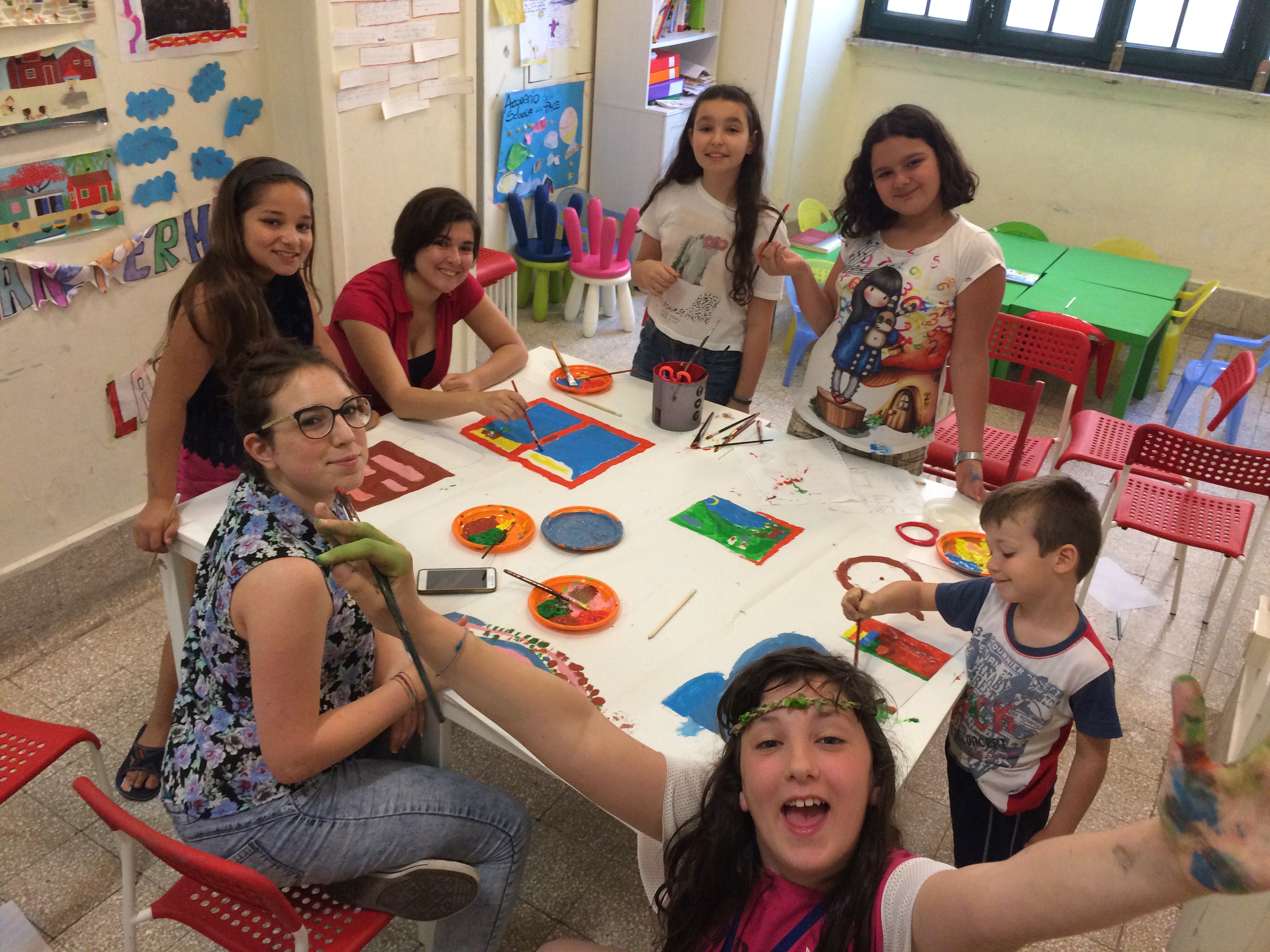 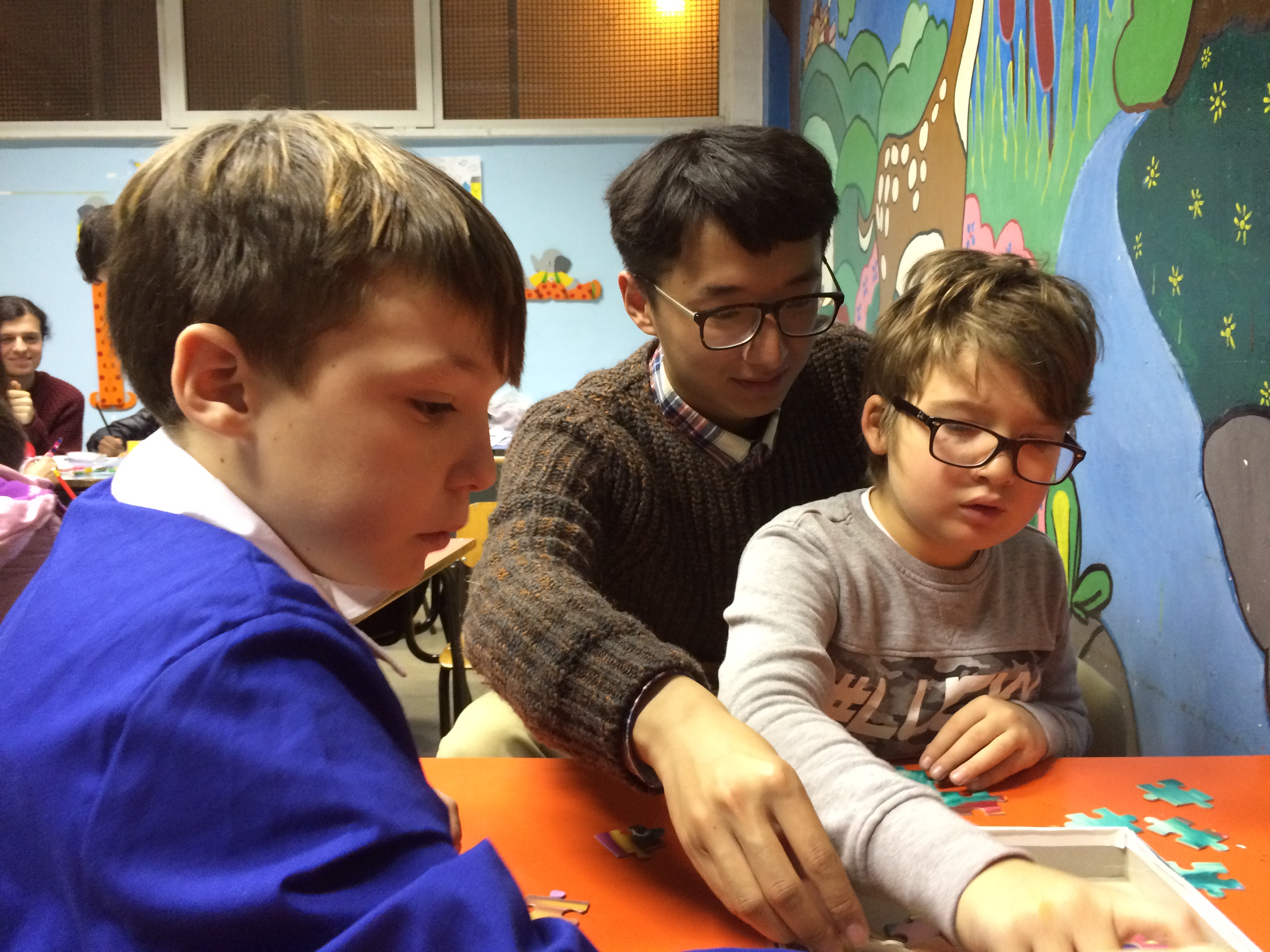