The Christmas Lunch with the poor is a tradition of the Community of Sant’Egidio since 1982, when a small group of needy people was welcomed at the banquet table in the Basilica of Santa Maria in Trastevere. There were about twenty people invited: some elderly persons from the neighborhood, long time friends of ours, who on that very day would have been lonely; some homeless people we had met on the streets of Rome.

Almost forty years have passed since that first little lunch. Since then the table of the feast has been widening year after year. And from Trastevere it has reached many places in the world, wherever the Community is. An extraordinary Christmas feast which involves 250,000 people in about 80 countries: children, older people, homeless people, gypsies, immigrants, people with disabilities, people living in nursing homes, people in jails. They are the poor the Community takes care of during the rest of the year and many others who join the celebration too.

Why, at Christmas, does the Community want to meet again with the poor at the table of the feast?

The Community is a family gathered by the Gospel. That’s why, on Christmas Day, when all the families get together around the table, the Community celebrates with the poor, who are family and are our dearest friends.

St Francis of Assisi used to say that Christmas is the ‘Feast of the Feasts’, that is to say that feast has to involve each and everyone. Tommaso da Celano told: “Francis wanted on that Day the beggars to be satiated by the rich and the oxen and donkeys to receive larger rations of food or hay”.

The first Nativity was arranged in Greccio, a village in the Italian region of Lazio. There once, at Christmas, Francis appeared to the friars wearing a poor person’s clothes, while they were banqueting: he wanted to remind them that everyone should be welcomed in the celebration, especially the poor.

At Christmas, all over the world, the families get together; they buy presents to exchange under the Tree; they set the table for the feast. This is really the saddest day for those who have no one. On that day Jesus is born a poor child for the salvation of the world. For that reason the Community desires to get together just like a large family where everybody can feel at home. That is the most beautiful Community’s picture which eloquently displays its own way of being with people, especially with the poorest. 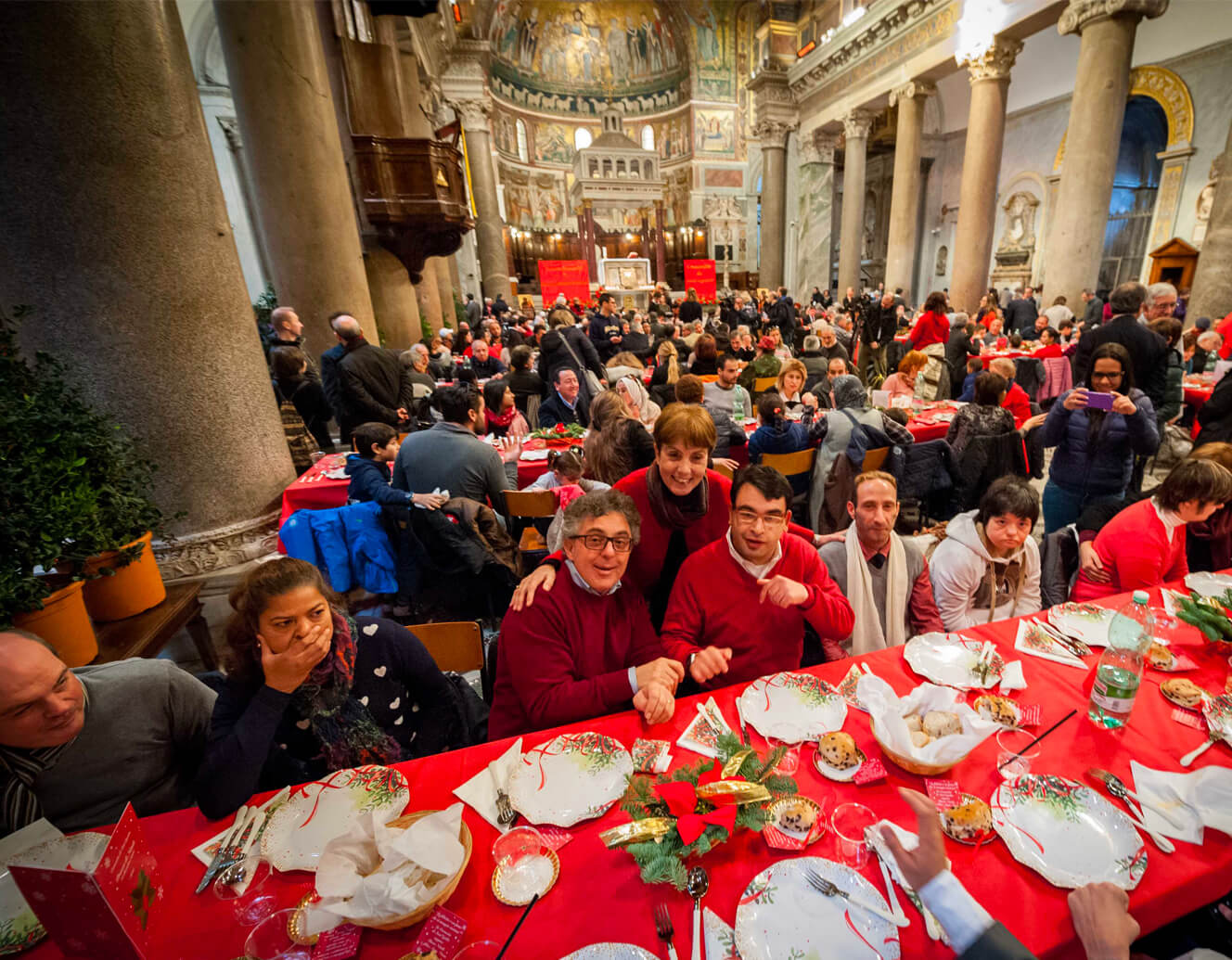