MENU MOBILE
HOME > NEWS > THE PEACE PROCESS IN SOUTH SUDAN RESUMES WITH THE SANT'EGIDIO TALKS:THE COMMITMENT TO DIALOGUE BETWEEN THE PARTIES AND A NEW CEASEFIRE AGREEMENT
PreviousNext

This morning, a press conference was held in the Sala della Pace of Sant'Egidio to illustrate the results of the talks that took place in recent days in Rome between the delegations of the government of South Sudan and of the opposition with the aim of making advance peace in the country.

(ANSA 14 October): A new commitment by the two warring parties in South Sudan to silence the weapons in a renewed hope of peace. Mediator of the meeting held in Rome, the Community of Sant'Egidio, which will also organize the next military and political events, both scheduled in the Italian capital respectively from 9 to 12 November and 30 of the same month at the Community headquarters.

The opposition will be guaranteed to be part of the monitoring relating to the ceasefire with the first meeting, a workshop of military commanders, whereas the second one will lead to the signing of a declaration of principles of a political nature. Federalism, the constitution, security, land allocation and reconciliation are among the important issues on which to reach an agreement.

At the press conference held today in the Roman headquarters of the Community of Sant'Egidio, the secretary general Paolo Impagliazzo was joined by the delegate of the government of South Sudan, Benjamin Barnaba and by general Thomas Cirillo Swaka, leader of the South Sudan opposition movement (SSOMA), a coalition of forces that did not adhere to the 2018 Addis Ababa peace accords.

"Today it was possible to rebuild trust between the parties after the pause of the pandemic, which unfortunately meant the resumption of clashes," said Impagliazzo referring to the negotiations in January and February of this year relating to the ceasefire. Impagliazzo also thanked the international observers present at the meeting.

The delegate of the government of South Sudan recalled the words of Pope Francis, who had invited the warring parties of the country to focus "on what unites and not on what divides". Barnaba also expressed his "profound gratitude to the Community of Sant'Egidio, which facilitated the meeting, reiterating" interest in stability and peace to find a solution to the suffering of the people "and indicating" dialogue "as the" only way ".

For his part, the general in charge of SSOMA assured that the opposition forces "are committed to dialogue with the government to find a solution to the conflict in the region." "During the negotiations there were fruitful discussions," he added, thanking all the peace partners. 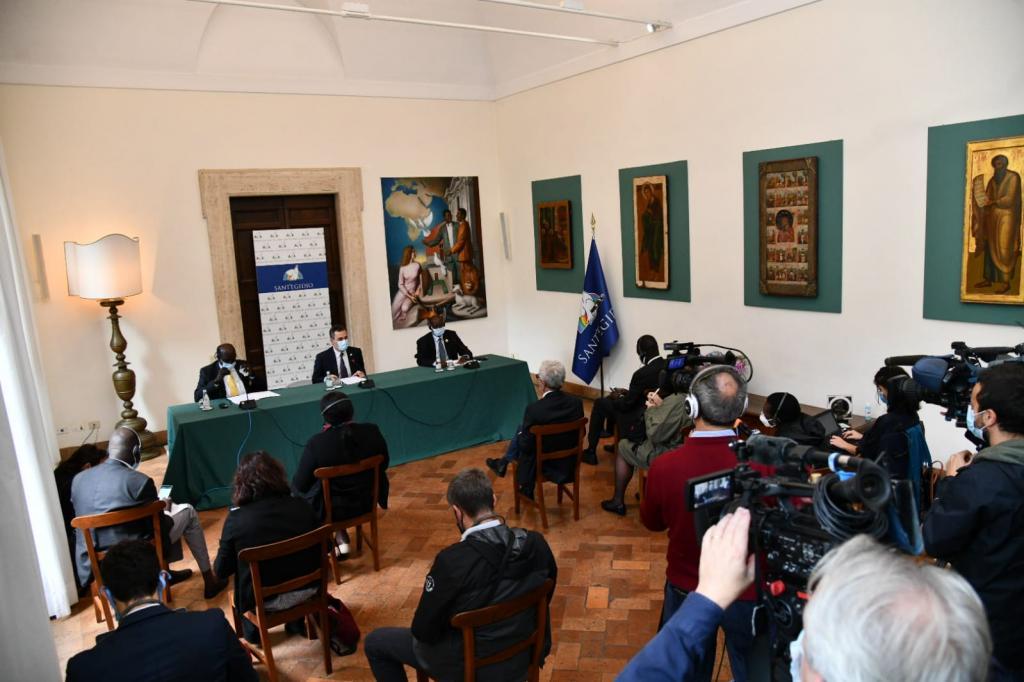