Dossier: Mozambique and the Community of Sant'Egidio

On  October  4th  1992  Joaquim  Chissano, the Mozambique President and secretary of the FreLiMo, and Afonso Dhlakama, leader of the ReNaMo signed a comprehensive peace agreement.  The agreement  ended  16-year  civil  war  that  had  claimed  one  million  lives  and resulted in four million of displaced people. The signing concluded a long mediation process at Sant’Egidio in Trastevere.

Since then, Mozambique has experienced long-lasting stability and constant development.

Peace in Mozambique today: the commitment of Sant'Egidio

The  Community  of  Sant’Egidio  –  that  is  formed  by  thousand  people  of  all  ages  in  the country - has continued to keep close to Mozambique from then on to achieve peace after defeating war.  A  generation,  that  has  never  experienced  war,  grew  up  in  the  ‘Schools  of  Peace’  that  the Community  of  Sant’Egidio  has  opened  in  several  cities  and  villages  all  over  the  country. A  large movement  of  ‘Youth  for  Peace’  has  spread  to  schools  and  universities,  propagating  a  culture  of solidarity and gratuitousness, a premise for a pluralistic and peaceful society. Moreover,  with  BRAVO  (Birth  Registration  against  Oblivion)  Programme,  the  Community  of  Sant'Egidio  could  register  in  Mozambique  thousands  of children  that  had  no  legal  identity,  in  order  to  protect  their  civil  rights.  The  Community  has eventually backed political and diplomatic efforts to keep peace that have developed since 1992 and led to the signing of a final agreement on August 6th.

DREAM: a programme for HIV prevention and treatment in Africa

The DREAM  Programme  (Disease  Relief  through  Excellent  and  Advanced  Means)  was designed and set up by the Community of Sant’Egidio in 2002; it is at present active in 11 African countries (Mozambique included) with 48 clinical centres, in cities and in rural areas. Over 500,000 sick people have been treated up to the present day and 130,000 healthy babies were born to HIV- positive mothers.

The DREAM centre in Zimpeto and the visit of Pope Francis

The DREAM centre in Zimpeto - that Pope Francis is due to visit on September 6th at 8,45 a.m. - aspires to become a reference for women’s and children’s care for the whole country.

The multipurpose centre, built on an area of 2,000 square metres, consists of four specialized wards.  A   department   for   treating   HIV   infection and for the prevention of mother-to-child transmission, another for the early diagnosis of women's neoplasms (cervical and breast cancer).  A department for the treatment of tuberculosis that is first cause of death among HIV-infected people as well as one of the leading causes of death in Mozambique, and a fourth ward for malnourished patients, above all children. 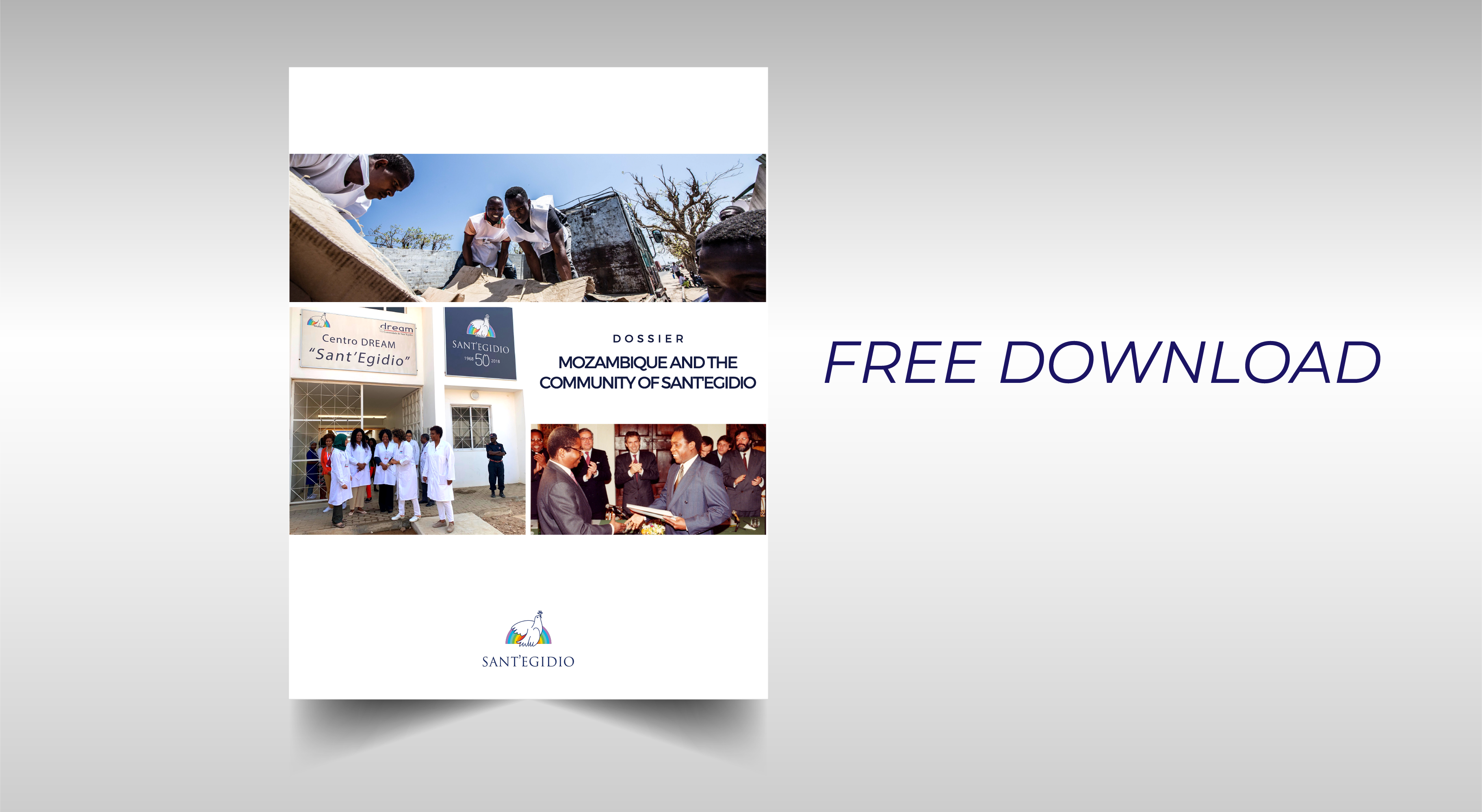 To glimpse the Kingdom in a cup of tea

In order not to forget the atomic bombing of Aug. 6 and 9, 1945, the work "Hiroshima 平和" by the artists of Sant'Egidio's art workshop
read everything